Where to Stream Fargo Season 4? 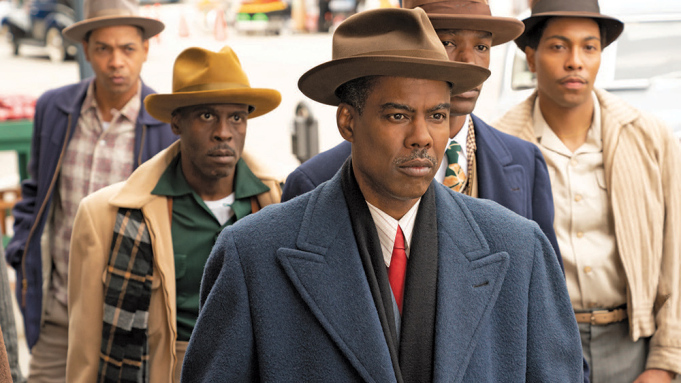 ‘Fargo‘ has gained immense popularity as a television show, perhaps even more than what the Coen brothers achieved with their film. The series focuses on crimes but includes an element of universal absurdity that appeals to a philosophical bend of mind. The seasons aren’t linked directly, though there is a tenous tie between the first and second installments. Now, with the fourth installment poised to amaze us, you might be curious about where to stream the series. We’ll tell you all about it and also walk you through the premise.

What is Fargo Season 4 About?

Season 4 takes us to Jim Crow South. In an environment of racial tension, we see a black crime syndicate running things. They happen to develop a troublesome relationship with the Kansas City Mafia. The series has never shied away from showing gang violence, which was most evident in the bloodbath of Sioux Falls in Season 2. We can anticipate some colorful characters in the fourth season and an infusion of the characteristic black comedy, which makes ‘Fargo’ stand out. Early reviews have favored the series, and with the show’s track record, we don’t see the new season going wrong either.

Is Fargo Season 4 on Netflix?

Netflix has a fantastic collection of crime shows, which sets the platform apart. The streamer is discerning in such matters – a fact most audiences appreciate. While ‘Fargo’ is not on the platform, you can check out ‘Breaking Bad.’ It is one of the best shows ever and follows the epic saga of a chemistry teacher who becomes a meth kingpin. The series has the right emotions, actions, and smart direction. But, unlike ‘Fargo,’ the show weaves a connected tale with acute attention to details.

Is Fargo Season 4 on Hulu?

Hulu makes smart additions to the platform, which is why the site is so favored among viewers. ‘Fargo’ is on Hulu, so subscribers are in luck. Hulu allows you the opportunity to add FX to the existing pack and watch the show. You can see the fourth season here.

Is Fargo Season 4 on Amazon Prime?

Amazon Prime is best known for a globally curated roster of movies and shows. The site might not have ‘Fargo,’ but you can buy the seasons and watch them, including Season 4. Check it out here.

Where to Watch Fargo Season 4 Online?

‘Fargo’ Season 4 is not available elsewhere for streaming, but you should be able to buy it on iTunes, Google Play, Vudu, and FandangoNow.

Where to Stream Fargo Season 4 For Free?

Sorry, but you cannot stream ‘Fargo’ for free unless you have a Hulu subscription. You can add FX for a trial period and access Season 4. But, we recommend viewers to pay for the art they consume.