Where to Stream Fatima? 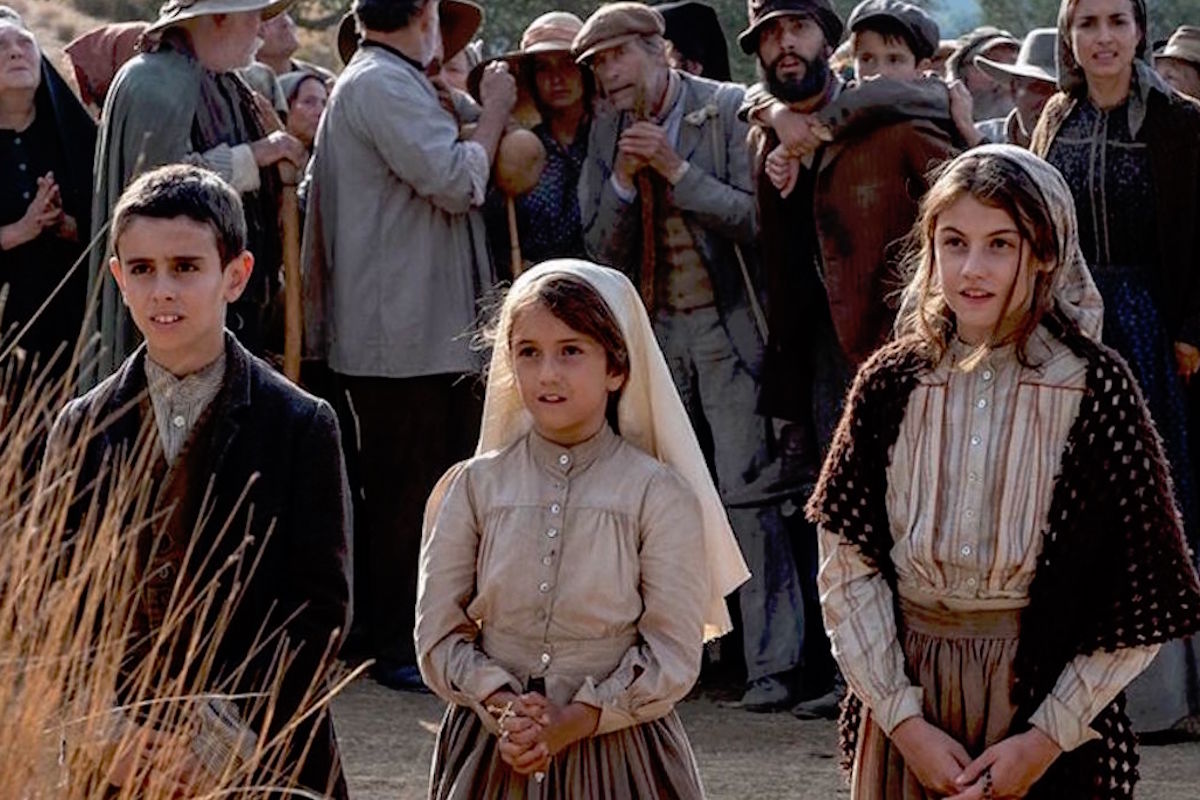 The world’s going through some trying times as we battle a pandemic, with perhaps a global recession staring at us in the distance. Logic and science might be on the frontlines trying to find a cure, but humans need a little faith to survive – to continue with the belief that there’s a light at the end of the tunnel. ‘Fatima,’ the drama, comes on time. It is based on a true story, where three shepherds in Fátima, Portugal, reportedly see Virgin Mary. It angers Church officials who attempt to get them to recant the story. Curious to find out where to watch ‘Fatima’? We’ve got you covered right after we tell you a bit more about the film.

What is Fatima About?

Lúcia dos Santos is a ten-year-old shepherd, who, along with her two cousins, Francisco and Jacinta Marto, reported seeing apparitions of Virgin Mary in Fatima, Portugal, in 1917. While the revelations move believers, the government and the Church are not too happy. They try to get the trio to recant the story, but the word of the sightings spread. Soon, a considerable number of believers flock to the place – now known as the Miracle of the Sun. ‘Fatima’ is a tale of unwavering faith in the face of constant questioning and skepticism – which essentially encompasses the crux of religion itself.

Is Fatima on Netflix?

Netflix has a stellar collection of films and shows which can cater to varying tastes. While ‘Fatima’ is not on the platform, you can check out ‘There Will be Blood.’ While it is not exactly a religious tale, the story shows how religion itself is often subsumed under the capital – especially in the emerging American society, where Daniel Plainview personifies man’s greed.

Is Fatima on Hulu?

Hulu stays ahead of the curve by making smart additions to the platform, which satiates all streamers. ‘Fatima’ cannot be accessed by Hulu subscribers, but you might want to check out ‘Pilgrimage.’ The story takes us back to the 13th century in Ireland, where monks must escort a relic across the land, which is filled with dangers.

Is Fatima on Amazon Prime?

Amazon Prime sources content from all over the world, which helps it cater to the many viewers who flock to the platform. ‘Fatima’ cannot be streamed by subscribers as is, but you can buy or rent and watch the movie. Check it out here.

Where Can I Stream Fatima Online?

If you don’t have a subscription to Amazon Prime, you need not worry. You can still stream ‘Fatima’ on numerous sources, including Apple Tv, Vudu, FandangoNow, Google Play, Microsoft Store, and even YouTube. That’s not all; the film is also available on Xfinity, DirecTv, Verizon, Spectrum, Cox, Redbox, Row8, and Alamo.

Can I Stream Fatima Online?

Sorry, but there’s no way to watch ‘Fatima’ online for free. You have to wait until it arrives on a platform with a free trial period. Moreover, we urge readers to pay for all the art they consume.