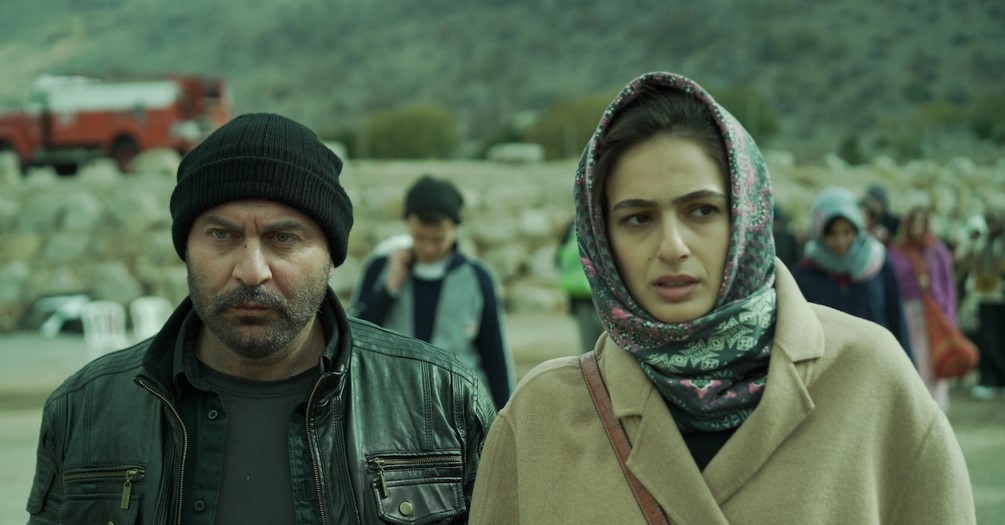 Unlike some of Netflix’s other international fares, the Israeli military action thriller series ‘Fauda’ doesn’t have a colossal fandom, but it does have a fiercely loyal one. The much-anticipated fourth season was originally released in Israel in July 2022 before becoming available on Netflix for the international audience over six months later. After the tragic end of season 3, we find Doron Kavillio (Lior Raz) broken and withdrawn. But then a new threat starts to brew from Hezbollah in Lebanon, and he is pulled back once more into the Israel-Palestine conflict. Here is everything you need to know about the ending of ‘Fauda’ season 4. SPOILERS AHEAD.

“Fauda” is an Arabic word that translates to “chaos,” and it perfectly encapsulates the hellish situation that Doron and his teammates have to deal with time and again. After Yaara’s death in season 3, Doron retreated to his farm, where he lives alone. After he badly beats up a thief trying to steal one of his horses, Gabi or Captain Ayub (Itzik Cohen) tries to bring him back into the fold. Meanwhile, Omar Tawalbe (Amir Boutrous), Gabi’s asset in Hezbollah in Brussels, Belgium, contacts him, claiming he is afraid and wants to get out. Wanting to placate him, Gabi travels to Brussels and convinces Doron to come with him. Despite this, Gabi doesn’t seem to trust Doron’s instincts and pays a heavy price.

Omar is revealed to be working for Hezbollah. Several Israeli agents are killed before Gabi is abducted. This prompts Doron’s unnamed special forces team to arrive in Brussels to find Gabi. They track down Gabi’s whereabouts in an apartment complex at the heart of the city. Gabi is tortured for information, and though he initially puts up a fierce fight, his walls of resistance eventually crumble away. During the raid on the apartment complex, Gabi gets shot by one of the Hezbollah members. Before Doron and the rest of the team can free Gabi from captivity, Omar and his associates get him out of the complex, leaving behind so much of Gabi’s blood that the Israeli authorities think he is dead. In reality, Omar transports him to Lebanon and hands him over to the Hezbollah high-ranking officials. Even though Gabi’s own family accepts that he is dead, Doron refuses to do so.

Meanwhile, Sagi and Nurit get married, but their happiness doesn’t last long. When Nurit learns she is with a child, she doesn’t know whether she should keep it. She seems to have grown disillusioned with her work and fears for the child’s future, especially with both her and Sagi being part of special forces. This sense of disillusionment is prevalent among others well. After his wife tells him that she can no longer live like this, Eli reveals that he has been planning retirement for a while and submits his notice to Dana. Elsewhere, Steve’s marriage falls apart. 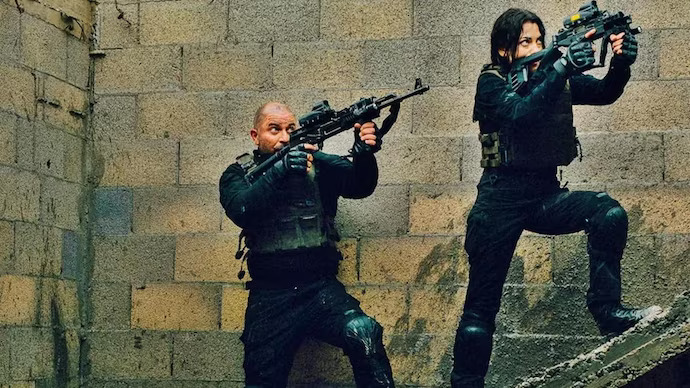 While Omar makes preparations for their plans abroad, his cousin, Adel Tawalbe, handles things at the Jenin refugee camp. Backed by Hezbollah, he has become as strong and influential as some of the leaders of Hamas. Using the intel they have gotten from Gabi, Adel’s people assassinate a number of high-ranking Israeli security officials. They come for Doron and Dana as well. Doron kills the man sent to kill him, and the would-be killer sent to Dana’s home is apprehended.

Omar’s sister, Maya (Lucy Ayoub), is a decorated police officer in Israel and married to another officer, who is Jewish. As the situation with Omar starts to unfold, Raphael, the deputy director of Mossad, takes charge of Shin Bet and recruits Doron on a special mission. They send Maya deepfake videos of Omar asking for her help, who eventually decides to cross the border into Lebanon to deliver two passports to Omar and his wife. Doron meets her under the guise of a trafficker named Salim.

Raphael soon discovers what kind of man he has recruited for the job and proceeds to refer to Doron as a psychopath. He orders Doron multiple times to abort the mission, but he learns that the man rarely listens to anyone while on the warpath. Doron eventually finds Omar right when Hezbollah discovers that Omar has hidden from them that his sister is in the country. Desperate to survive and keep his sister and wife alive, Omar reveals that Gabi isn’t dead and currently in Hezbollah custody.

In the season 4 finale, Sagi and Nurit make decisions about their future. Doron promises Dali that he will return before joining the team as they venture into Jenin to deal with the biggest threat to Israel’s security in recent years.

Doron and his team succeed in rescuing Gabi from the clutches of Hezbollah with Omar’s help. As they are about to get on the helicopter and head home, Gabi grabs Doron’s gun and shoots Omar as revenge for what he has been put through and what he has been forced to reveal. The main plan of Adel and his group is to attack with the missiles they have gathered. They lose a large cache when the IDF raids one of their hideouts, and Adel is forced to escape. They still have some missiles left and decide to use them. The Iron Dome takes out most, but a few manage to land, killing several Israelis. 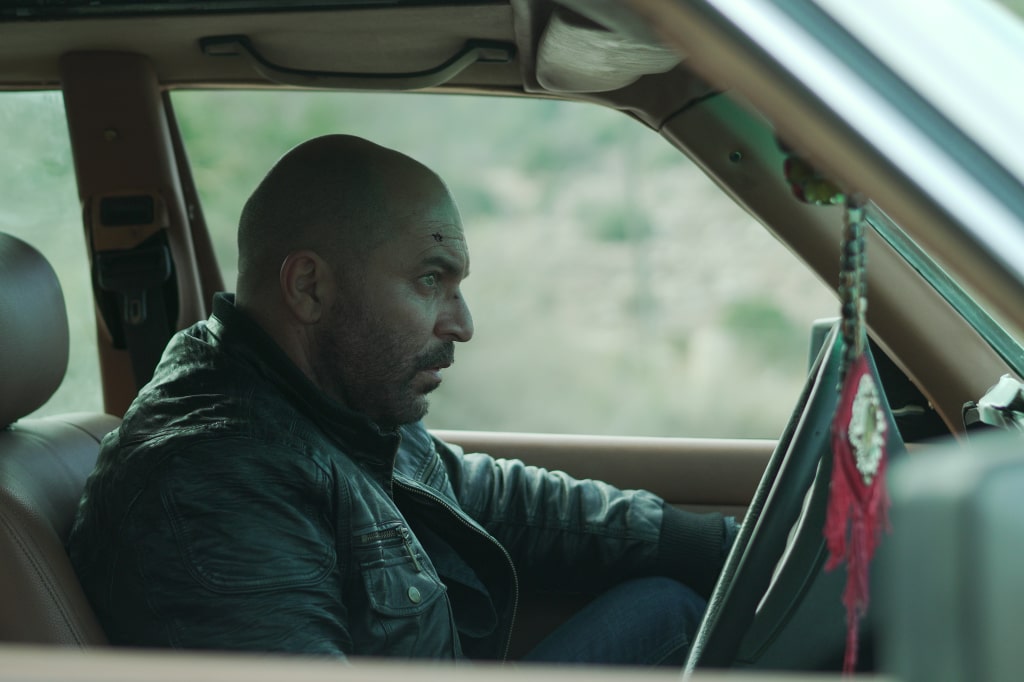 It is Gabi who suggests that they should use Omar’s funeral to flush Adel out by pretending to be members of Hamas. What makes Adel a truly dangerous foe is not that he has the steely resolve of a revolutionary completely devoted to his cause. It’s also not that he is brilliant and ruthless and will not hesitate to kill his own people if it serves a greater purpose. Adel knows what Gabi was forced to reveal under torture, and Gabi admits that he told the enemies everything. He is a high-ranking official in the Israeli government. That “everything” can potentially have a devastating effect.

In the climactic battle, which takes place in Jenin, Eli, Sagi, and Steve are shot by a sniper. Russo and Doron are also injured, but the latter manages to kill Adel. As the season ends, we see Doron lying on the ground and clutching the hands of his comrades. In the prospective fifth season, it’s unlikely that Eli, Sagi, and Steve will all be dead, but it’s probably safe to assume that at least one of them is dying. ‘Fauda’ has proven time and again that no one except Doron has plot armor in the show. Among the three, Eli perhaps faces the biggest danger. ‘Fauda’ has delivered a gut-wrenching ending for several characters. With Eli intending to leave the forces soon, his death will have the biggest impact. It will also drive home the point that there is hardly any escape from the life these soldiers lead.

At the end of the season, Maya becomes completely disillusioned with Israel. She even warns Adel and his people about the members of Israeli special forces in her brother’s funeral procession disguised as Hamas operatives. She lost her brother and her marriage and wasn’t even allowed the dignity to bury her brother in peace. The type of resentment that must be bubbling inside her doesn’t go away easily. It is what turns people bitter and angry at institutions that have wronged them. It’s highly possible that she will reappear in the prospective season 5 and play an antagonistic role. If not, she will probably be active in her community, accepting that there will never be a middle ground in this conflict.

Does Nurit Keep Her Baby?

After finding out about her pregnancy, Nurit initially doesn’t tell Sagi about it. He finds out when the nurse taking care of his wife accidentally reveals it. Surprised as he is, Nurit’s words about not wanting to keep the baby genuinely hurt him. Only later he realizes that Nurit is afraid to bring the child into their messed-up world. Unlike other couples in the unit, they both are members of the squad. There is a legitimate chance that their child can end up being an orphan.

In the end, it seems that Nurit has decided to keep the child. She becomes worried after experiencing what turns out to be severe cramps. The doctor reveals that the baby has a strong pulse and that she is having a girl, which makes Nurit emotional. Despite how bleak a situation is, hope can help us survive anything. Even on the off chance that Sagi dies, Nurit will find the strength to survive the grief.

Read More: Is Fauda’s Doron Kavillio Based on a Real IDF Commander?