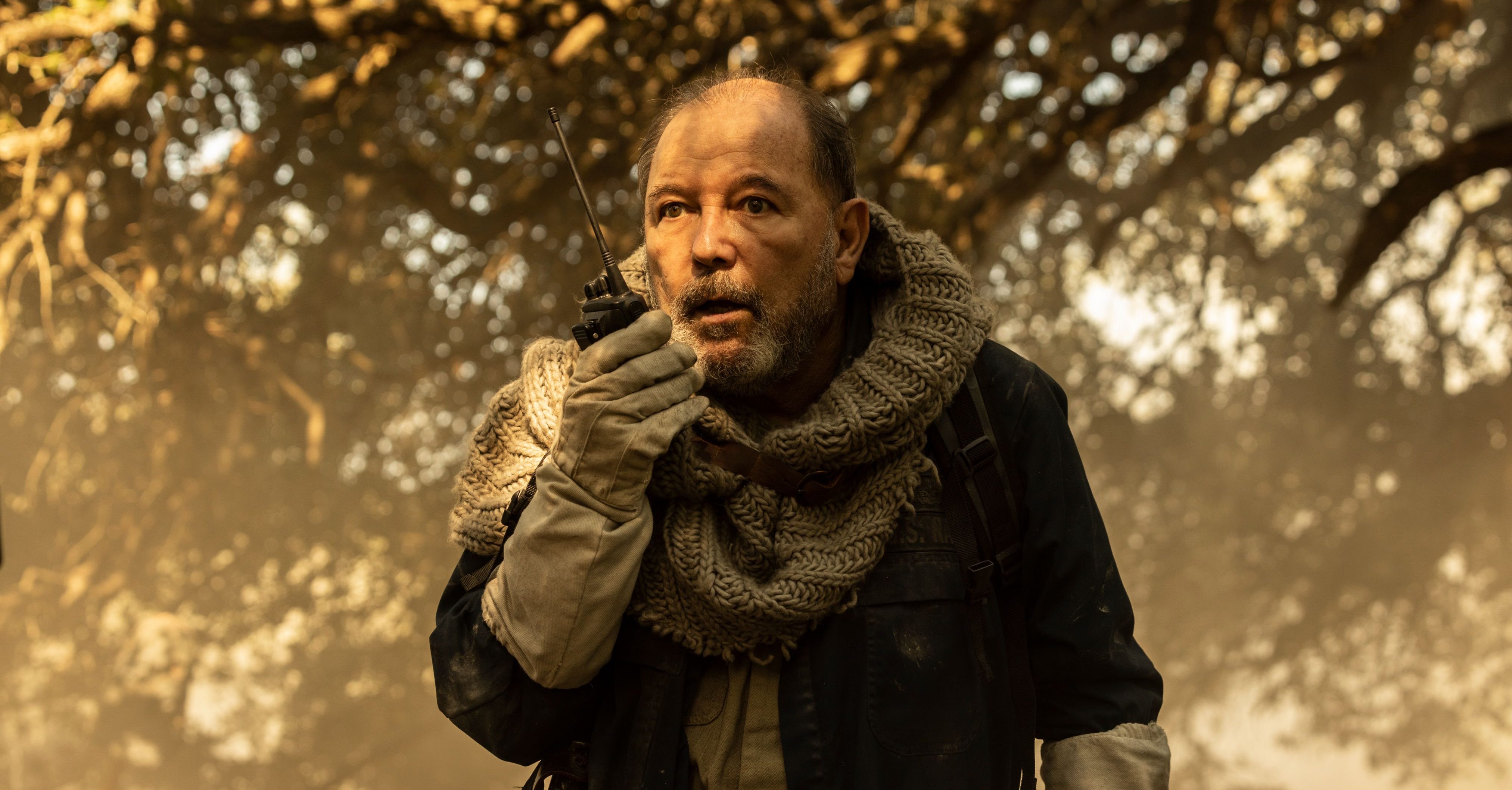 The eleventh episode of AMC’s post-apocalyptic series ‘Fear the Walking Dead’ season 7, titled ‘Ofelia,’ follows Daniel Salazar, who gets captured by the Stalkers. Arno demands the location of the weapons found by Dwight, only to realize that he cannot deliver what Daniel wants in return. Arno’s ambitions pave the way for severe and fatal consequences that rewrite the fate of his community. Luciana makes a pivotal decision concerning the future of the survivors who live outside Victor’s Tower. The episode ends with a startling development that possibly will affect Alicia and Morgan’s survival. If you are eager to know more about the same, let us be your ally! SPOILERS AHEAD.

‘Ofelia’ begins with Morgan and a small group leaving the sub to find a stack of weapons Dwight found. Meanwhile, Daniel leaves the sub to find Ofelia without letting Luciana or Wes know. Both of them locate Daniel and persuade him to return to the sub but get captured by the Stalkers. At the hostile community’s camp, Arno demands the coordinates of the weapons Dwight found. Daniel asks Arno to return Ofelia for the coordinates. When he pretends to have Ofelia with him, Daniel gives fake coordinates to Arno for him to send his troops away to the location.

When half of Arno’s troops leave the camp for the fake location, Daniel holds Sage at knifepoint and goes to a yacht in search of Ofelia. When he realizes that his daughter isn’t there, he kills Sage for tricking him. He goes to Arno and confirms that his daughter isn’t with him either. To punish him, Daniel traps Arno in a cage and lowers it to the walkers, who eat his legs. Before turning into a walker, Arno reveals to Daniel, Luciana, and Wes that someone is letting walkers out of the pit. He also warns the trio that those walkers are extremely dangerous and asks them to stay away from their presence.

For the safety of the Stalkers, Arno reminds Daniel, Luciana, and Wes that the Tower is the only haven for everyone to survive. Wes, to end Arno’s suffering, kills him. Luciana realizes that the remaining Stalkers need a leader and she asks them to join her. Since Alicia and Morgan’s army is also aiming to conquer the Tower, the Stalkers agree to join them.

Fear the Walking Dead Season 7 Episode 11 Ending: Why Does Luciana Lie to Daniel About Ofelia?

The conversation with Arno, before his death, startles Luciana. She realizes that the threat of the walkers is more severe than she has initially comprehended. Arno’s warning — that the walkers in the pit are far more dangerous than the ones they have been dealing with — makes Luciana understands that the survivors are up against a force that cannot be dealt with. The only option in front of her to safeguard the survivors is to conquer the Tower. And the only way to seize the control of the haven is to have Daniel lead them in the war against Victor.

Even when Victor manages to outsmart everyone in Alicia and Morgan’s group, Daniel remains an exception. Luciana knows that Daniel can calculate Victor’s moves to defeat him. However, he isn’t in a position to be concerned about the survivors or walkers around him. As a father who hasn’t accepted the death of his daughter, Daniel is in an unceasing search for the late Ofelia. The longing to reunite with her is the only thing that drives Daniel to do anything.

Luciana takes advantage of the same and lies to him that Ofelia is in the Tower, under the custody of Victor. “To save Ofelia,” Daniel agrees to fight against Victor and conquer the Tower. As far as Luciana is concerned, the lie she tells Daniel is the price she pays to ensure the survival of several human beings. Even though she knows that Daniel will suffer immense pain when he comes to know that Ofelia is not with Victor, she has to tell the lie to provide shelter for the lives around her.

Where Does Wes Go? Is He Joining Victor? What Deal Does He Want to Make with Victor?

Wes does not tolerate Luciana’s lie. He fails to understand her intentions and sees her efforts to make use of Daniel’s abilities as manipulation. As someone who killed his own brother to uphold his principles, Wes cannot fight with a liar and manipulator like Luciana. He chooses to leave her and the group and goes to Victor’s Tower. In Victor, irrespective of his viciousness and selfishness, Wes sees a leader who doesn’t manipulate his followers. He admires Victor’s efforts to stay honest with himself and his vision, despite its drawbacks. Although Victor shuts down the Tower mercilessly to many survivors, Wes knows that he is doing it to not bend his principles and jeopardize his ambitions.

Luciana’s lie changes Wes’ understanding that her group is on the right side of the war. He chooses to stand with Victor, who fights with honesty, without pretending to be someone else like Luciana does. Thus, we may see him joining Victor and eventually fighting against Alicia and Morgan. Wes also knows that he cannot walk into the Tower and gain Victor’s trust. He may need to offer Victor something useful to make the leader of the Tower consider him. If that’s the case, Wes may strike a deal with Victor to earn a place in his haven in return for information regarding Alicia and Morgan’s plans to conquer the Tower.