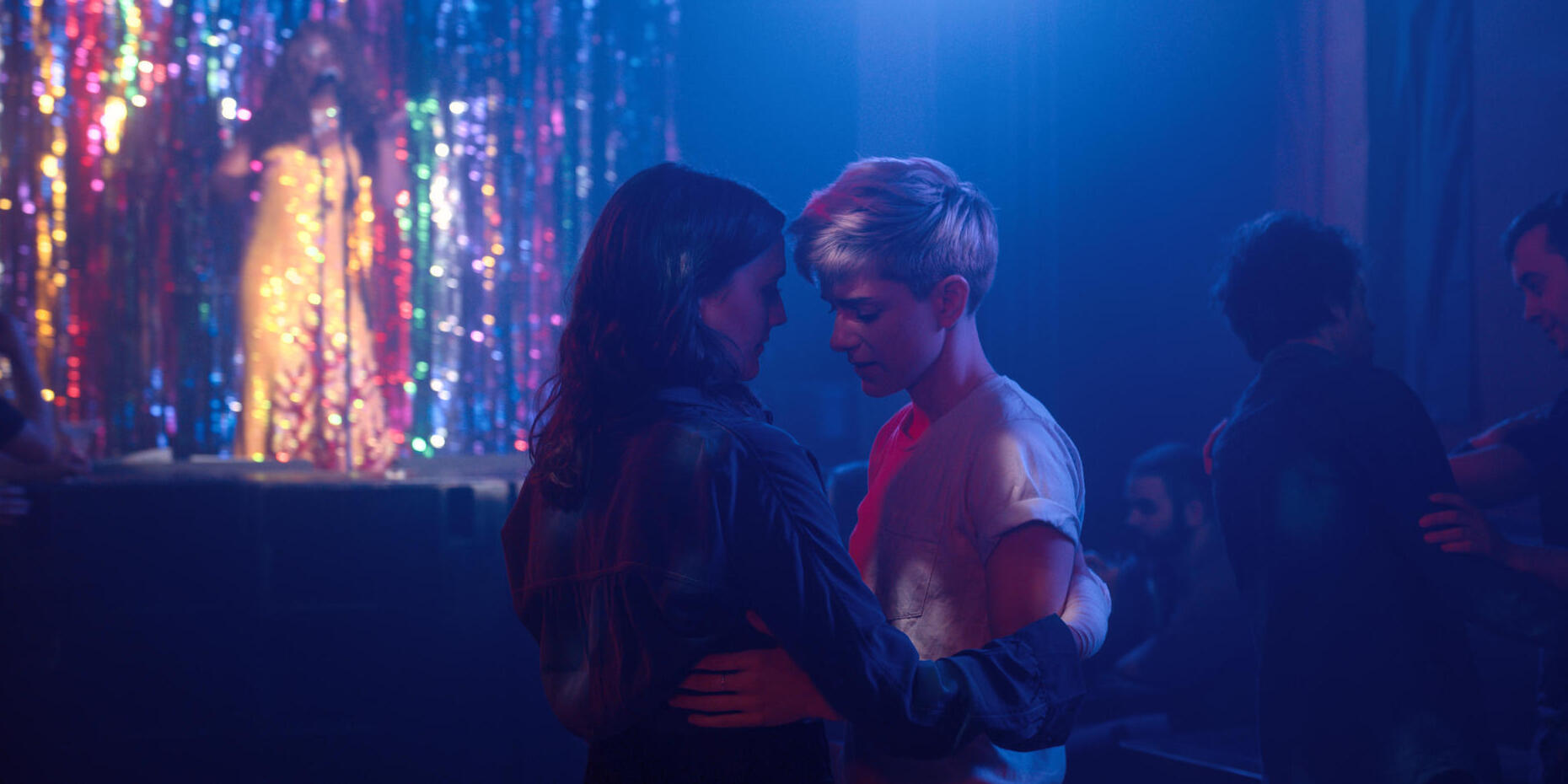 ‘Feel Good’ is a dramedy that chronicles the life of Mae, a Queer Canadian comedian, living in London. Although popular in the comedic scene, Mae is a recovering drug addict, who is striving hard to balance her sobriety and emotional health. Her life changes when she meets George at the comedy club during her show. Mae is totally smitten by George, the straight-forward, witty, and reserved heterosexual until she asks Mae to kiss her! The two start dating and move-in together despite not knowing much about each other.

On their first day of living together, George learns about Mae’s impulsive, anxious, and hyperactive nature. Complications arise when she finds out about the NA meetings, Mae attends. It becomes evident that although Mae loves George, there is a possibility that she might be just another addiction Mae is clinging onto, to stay chemically sober. Will this cause a dent in their relationship? Or will the two get through it together?

An Ally Pankiw directorial, it is heavily based on the life of the creator and co-writer Mae Martin. The series was lauded for its well-timed comic delivery, relatable characters, responsible handling of themes like gender identity and addiction, and of course, its visuals. Let’s find out where ‘Feel Good’ was filmed!

To extend a more realistic approach, the makers decided to film the show in England, the United Kingdom. Also known as Land of the Angels, England has served as a filming location to many classics like ‘Notting Hill,’ ‘Shaun of the Dead,’ ‘The Theory of Everything,’ the ‘Harry Potter’ films, ‘The Dark Knight,’ and many more. The country is home to numerous stunning locations, thus grabbing the attention of the tourists and film production units. Here are the specific areas where ‘Feel Good’ was filmed.

The beautiful locales of Manchester served as the backdrop for several scenes on the show. The filming began on March 25, 2019. Here’s a picture shared by the director Ally Pankiw, from the first day on set.

Here’s a snap from one of the palaces in Manchester.

She also shared a picture featuring Mae and Charlotte Ritchie, who play Mae and George, respectively, donning a Hulk Hogan-esque mustache. The picture was taken while filming a scene at the comedy club Mae performs at.

Here’s another picture with the rest of the cast, who play her friends in the series. Fun fact: Jack Berry’s Marijuana suit is actually his own.

Ally took a break from filming to take her friend/AD for a quick pedicure session.

London, the capital city of England, is known for its picturesque landscapes, scenic tree-lined trees, magnificent castles and bustling cities. All this coupled with its oceanic climate, compels the location scouts to favor the city. Director Ally shared a picture from her first day in London.

Another one. This time, it’s the London Eye.

The filming wrapped up in Columbia Road Flower Market, on July 10, 2019.

How can someone shoot in London and not visit the Harry Potter Studio?

Blackpool is a town located on the Lancashire coast in North West England. ‘Friends’ alum Lisa Kudrow’s casting announcement came as a shock to all her fans, who were even disappointed with her for keeping it a secret. Here’s a picture of Lisa, with Mae and Adrian Lukis, her onscreen daughter and husband. The beach in the background is the famous Blackpool Beach, while the tower is the popular Blackpool tower.

The filming also took place at North Pier, the northern coastal pier of Blackpool, which is also a world-famous seaside heritage. 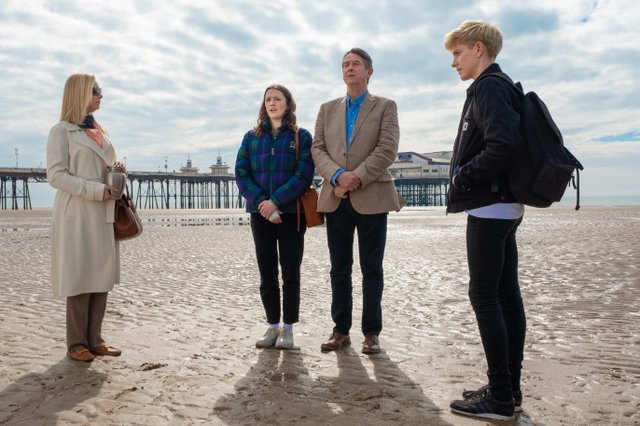 The above scene has been filmed on the location below. In the background, is the North Pier pavilion, which is home to a sunset lounge, carousel, gaming arcade, theater and many other things.

Here’s Lisa and Ally, having fun at the arcade.

A few scenes were also filmed in the market town of Bury, in Greater Manchester, England. The scene featuring the arrival of Mae’s parents was shot at the historic Bolton Street station, managed by the East Lancashire Railway line in the town of Bury. 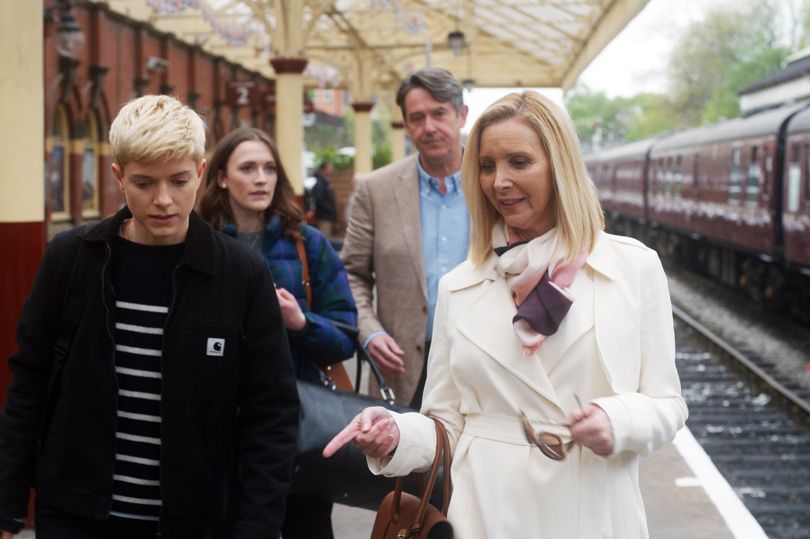