Fire Island Ending, Explained: Do Howie and Charlie End Up Together? 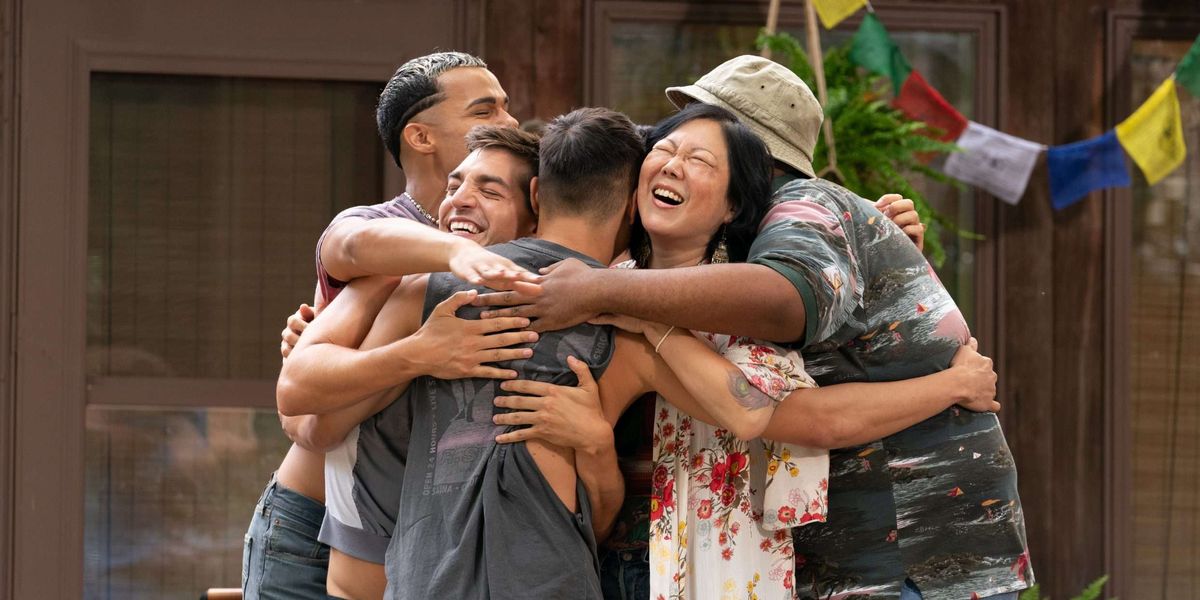 ‘Fire Island’ is a romantic comedy movie directed by Andrew Ahn. It is written by and stars Joel Kim Booster as Noah, a young gay man who embarks on a week-long vacation on an island that is a queer paradise. Along with his friends, Noah faces several complex situations as the group struggles to deal with a host of personal issues.

The heartfelt and feel-good movie highlights the friendship between Noah and Howie as they both face individual romantic entanglements. If you are wondering how the duo’s romantic quests culminate, here is everything you need to know about the ending of ‘Fire Island.’ SPOILERS AHEAD!

‘Fire Island’ follows Noah, who is heading on a week-long vacation with his friends, Howie, Keegan, Luke, and Max. The group arrives on Fire Island, a vacation spot for the queer community, and reunites with their older friend, Erin. Erin owns a house on Fire Island and invites her friends every year for a vacation. She is a lesbian and acts as a surrogate mother to the young guys. On their first day on Fire Island, Noah promises to help Howie look for an ideal partner to hook up with as he wants to bring up Howie’s self-confidence. The group soon runs into Charlie and his uptight wealthy friends, Will and Cooper. Charlie and Howie have a conversation and hit it off. However, their friends warn them to proceed cautiously due to their groups’ vastly different social standings.

Later, Charlie invites Howie and his friends to a party at his house. Meanwhile, Noah has some awkward interactions with Will, who comes off as snobbish and entitled. Noah overhears a conversation between Charlie and his friends as they question whether Howie is right for Charlie. Noah is disgruntled by the comments and warns Howie to be careful. Howie spends the night with Charlie, but nothing romantic transpires between them. The next day, Erin invites Charlie and his friends for dinner at her house. While shopping, Noah meets Dex, and the two are instantly attracted to each other. After dinner, Howie and Charlie kiss, paving the way for a romantic relationship between them.

On Saturday night, the group prepares to attend a party at a club. Noah encourages Howie to hook up with Charlie. However, Howie sees the potential of a romantic relationship with Charlie. At the party, Will tries to warn Noah about Dex’s intentions. While Noah comes close to hooking up with Dex, he becomes preoccupied with checking up on his friends. Noah soon learns that Charlie’s ex-boyfriend, Rhys, has arrived at the party. Howie is left heartbroken, and Noah’s attempt to console his friends leads to an argument. The next day, Noah receives a letter from Will warning him about Dex. Noah confronts Will about the letter, and the two grow close. How Will, Howie, Charlie, and Noah overcome their personal inhibitions to pursue their romantic interests forms the rest of the plot.

Fire Island Ending: Do Howie and Charlie End Up Together?

Howie and Charlie’s romance starts on the right foot but ends taking all the wrong turns. The duo is attracted to each other. However, their different social standings and pressure from their friends make the situation complicated. Moreover, Howie feels undeserving of a person like Charlie. On the other hand, the reemergence of Charlie’s ex-boyfriend, Rhys, causes heartbreak for Howie. A dejected Howie decides to cut his vacation short and prepares to return home. In a last-ditch effort to save Howie’s romance, Noah speaks with Charlie.

After Noah’s encouragement, Charlie realizes that his bond with Howie is special. In the end, Charlie and Howie reunite with each other. Charlie steals a boat with Noah and the gang’s help and makes a grand romantic gesture that wins over Howie. Charlie and Howie kiss as their friends cheer on. The film ends on a heartfelt note as Howie finally gets his cliched rom-com style love story. Howie and Charlie both overcome their reservations to unite with each other.

While the film tethers on all the tropes of a romantic comedy, it adds a fresh perspective by highlighting a culture that revolves around sexuality. The film is an ode to the LGBTQ+ community and their unrelenting and unapologetic lifestyle driven by their pride in themselves. Thus, the ending serves as a celebration of love and laughter that binds the main characters together.

Do Noah and Will End Up Together?

Unlike Charlie and Howie, Noah and Will get off on the wrong foot with each other. Initially, they are both wrapped up in their perceptions of each other and make harsh judgments about the other’s character. However, after Will apologizes to Noah through the letter, they begin to realize how much they share in common. Moreover, Noah and Will perfectly compliment each other. The same is evident when they tactfully scheme Dex into deleting the sex video he recorded with Luke without the latter’s consent.

Despite their mutual attraction for each other, which is evident by the end, Noah and Will face an uncertain future. Noah lives in New York, while Will lives in Los Angeles. Noah is free-spirited, while Will is reserved. In the end, the friends celebrate their last day on Fire Island by watching the sunset from the beach. The moment serves as a callback to Will and Noah’s first meeting on their first day on the island. Will asks Noah to a dance. However, Noah remains skeptical of his romantic future with Will.

The dance culminates with Noah and Will passionately kissing each other. While the film ends without giving a clear answer about Noah and Will’s romantic future, the kiss certainly marks the start of their relationship. Therefore, it is safe to say that Noah and Will end up together, calling for a joyous celebration from their friends. Thus, the ending once again highlights the need to celebrate the love we share in our lives with our friends, family, and partners.