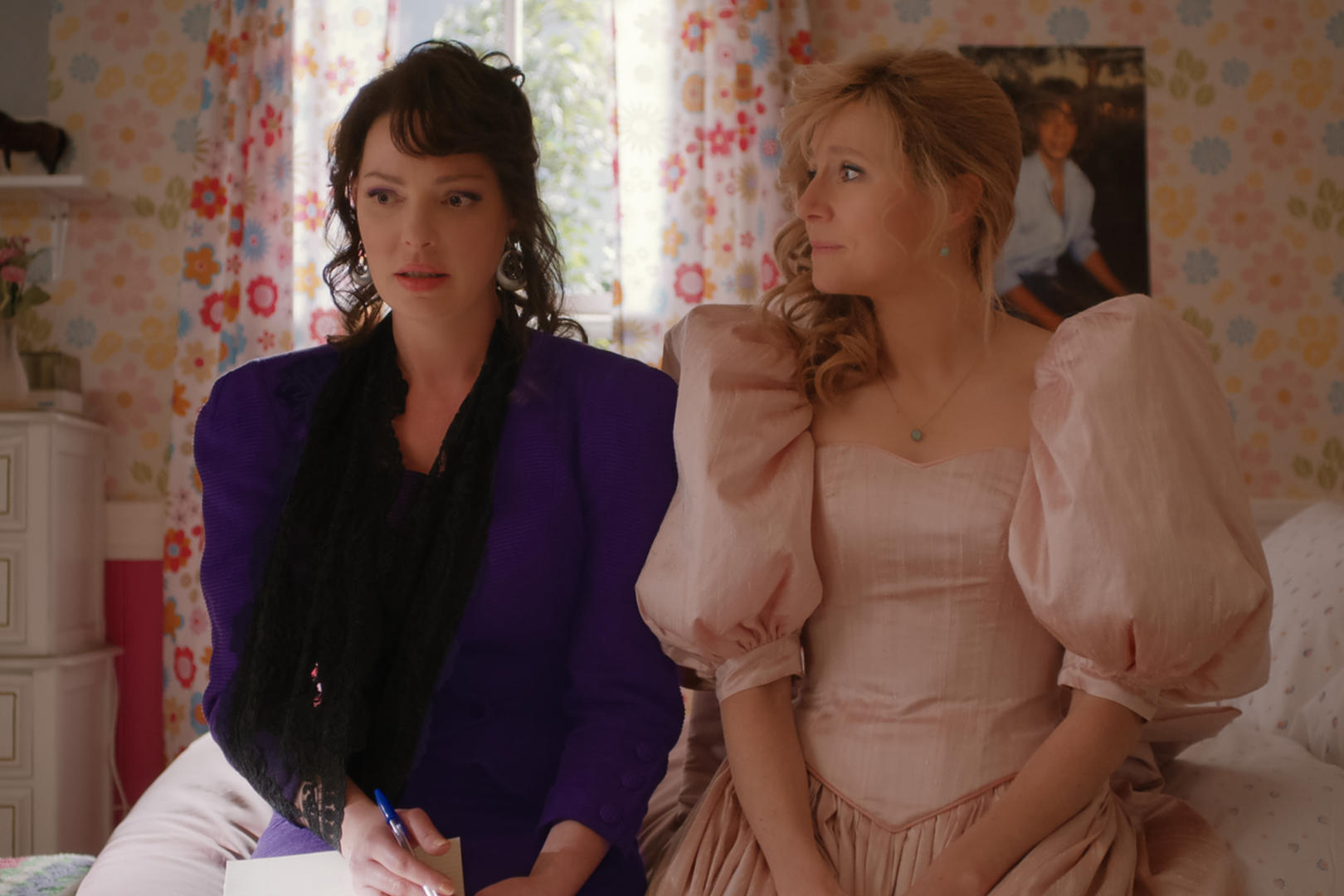 Netflix’s ‘Firefly Lane’ is a TV series based on the novel of the same name by Kristin Hannah. Created by Maggie Friedman, the show chronicles the journey of two childhood friends from their teens to middle age. Tully and Hart are two best friends who go through the ups and downs of life together and help each other solve their problems. However, their bond is tested from time to time, and through these challenges, their relationship evolves.

Considering the series is based on a 2008 novel, it is a period drama show set between the 1970s and the early 2000s. Most of the elements in the book are similar to those in the show. However, there are a few significant differences that pique our interest as they change the narrative to a great extent. Here’s a complete explanation of the major differences between the show and the book. SPOILERS AHEAD!

How is Firefly Lane Show Different from the Book?

The most important distinction between the show and the book is the portrayal of the timeline. The book’s narrative is linear and divided into the Seventies, The Eighties, The Nineties, and The New Millennium. On the other hand, the series showcases all timelines simultaneously by interspersing scenes from each timeline with each other. As a result, the book feels like a journey across eras, whereas the series carries the vibe of jigsaw puzzles. Interestingly, the series enables the audience to learn the characters’ behavioral patterns, understand how different people in the story evolve, and how sometimes history repeats itself.

The next big dissimilarity pertains to Kate and Tully’s fallout in the stories. In the novel, Tully invites Kate and Marah to her show and calls out her best friend for being a bad mother. Shocked at how Tully humiliated Kate before a crowd, the latter decides to stop talking with her best friend. The creator changes this facet of the story and makes it relatable to the current audience. In the TV show, Tully and Marah get into an accident after the former drives under the influence of alcohol. Although Tully meant to save Marah from getting sexually abused, her actions put Marah in danger, and Kate cannot forgive such a transgression. In both cases, when Kate’s cancer brings her together with Tully.

The love triangle between Tully, Johnny, and Kate also plays differently in the two versions of the tale. In the textual version, Johnny is infatuated with Tully and tries to get into a relationship with her, but Tully ignores him. But, in the show, Johnny and Tully’s relationship is nothing more than a one-night stand during which they are drunk. Johnny has an affinity toward Tully’s hidden pain but falls in love with Kate.

Besides this, Johnny Kate’s dynamic also evolves in a drastically different manner. The two never go for a divorce in the book as they do in the series. Furthermore, in the novel, Kate remains a homemaker and doesn’t go for another job. In contrast, the show portrays Kate returning to work at the Seattle Digest and later producing Tully’s docu-special. Above and beyond this, Kate gives birth to twins Lucas and William, Marah’s younger siblings. On the contrary, in the series adaption, Kate and Johnny are parents to a single child, Marah.

The show comprises a few characters who don’t appear in the books. One such crucial character is Benedict Binswanger. In season 2, part 1, he runs for the governor, but later we realize he is Tully’s uncle and brother to the journalist’s biological father, Parker Binswanger. Maggie Friedman adds the complete subplot to the series, which is not part of the book. Max is another character who plays a significant role in Tully’s life but isn’t part of the book. In the series, Tully gets pregnant with Max’s baby and later suffers from a miscarriage. Due to the loss, Tully pushes people away, leading to her marriage’s annulment.

Tully’s mother, Dorothy/Cloud, is present in the show and the source material. However, her arc in the former is more elaborate and profound. In the book, after Cloud goes to jail, she doesn’t get out for a long time. Tully does reach out to her mother multiple times but never really patches up with her. As opposed to this, the show portrays Cloud as an evolving mother who becomes sober, helps Tully when she needs it, and establishes some semblance of normalcy to their bond. In fact, Cloud’s redemption arc also gives an insight into Tully’s psyche and helps the audience understand the roots of Tully’s insecurities and fears.

Another minor difference is that Tully lives with her grandparents in the books, who are quite affectionate toward her. On the other hand, in the series, Tully lives only with her grandma, who seems caring but also stringent towards Tully. In one scene, she deems Tully to be like her mother, which hurts the teenager. In the former case, Tully starts living with Kate’s family after her grandparents’ death. But in the latter case, Tully moves back to ‘Firefly Lane‘ when her mother gets out of jail.

Besides Tully’s grandparents, Kate’s brother, Sean, has a different arc in the series. Sean plays a minor role in the books and doesn’t add much to the core narrative. But, in the series, he is an important thread that subtly defines Tully and Kate’s dynamic while having a story of his own. In the series, Sean plays a closeted gay who comes out much later to his sister and his family. However, he feels closer to Tully than Kate because the former knows his secret and understands what he has to go through. Kate, who is already insecure about Tully and her relationships, feels bad because she doesn’t get to be close to her brother. But, over time, she makes peace with it because Kate wants everyone to be happy.