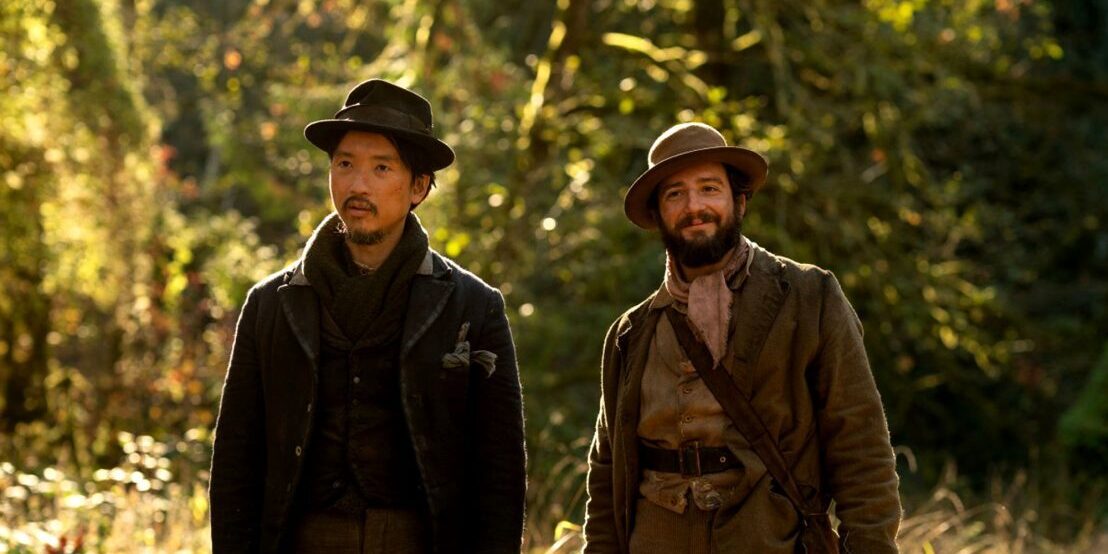 ‘First Cow’ is a western friendship drama that tells the tale of an unusual friendship between two strangers. Set in the 1820s Oregon Territory, the movie follows Cookie Figowitz, a soft-spoken cook, who travels with a group of brash fur trappers. One day, Cookie comes across a naked man hiding in the bushes. He initially assumes the man to be a Native American, only to realize he is a Chinese sailor named King Lu and is on the run from a few Russians who are out to get him.

The two men soon develop a friendship, and together they begin a business of manufacturing and selling “oily bread,” by milking a special cow, the first of its breed in the area. But there’s a catch – the cow belongs to a wealthy English landowner, and the duo is illegally using it for their own business. How long will the two men manage to keep their secret hidden?

Kelly Reichardt serves as the director of the movie, which is based on Jonathan Raymond’s novel ‘The Half Life.’ Apart from its unique premise and subtle performances, the movie has been praised for its visual appeal and cinematography. In case you would like to know about the places where the film was shot, keep reading.

The principal photography for ‘First Cow’ began in November 2018. In case you haven’t guessed it yet, the movie was extensively filmed in the state of Oregon. Kelly Reichardt has earlier used Oregon as a backdrop for many of her feature films like ‘Wendy and Lucy,’ ‘Night Moves’ and ‘Certain Women.’ Popular Hollywood films like ‘Twilight,’ ‘The Ring,’ ‘Into the Wild,’ ‘Stand by Me,’ ‘One Flew Over the Cuckoo’s Nest,’ etc. were also shot in Oregon. Here are the specific locations were ‘First Cow’ was filmed.

The scene where Cookie and King Lu first meet each other, along with many other scenes in the forest, were shot at Oxbow Regional Park, Oregon. Here’s a picture from the first day of the shoot, shared by the movie’s makeup artist Corinna, on her Instagram profile.

Here’s a picture featuring Christian Dolan and a dear Deer, from Day 2 of filming.

The lead actor Orion Lee shared a throwback picture on his Instagram profile from the time he went to visit the Wildlife Safari in Winston, with Corinna.

A few scenes, probably the one depicting Chief Factor’s estate, were filmed at the famous Milo McIver State Park in Oregon. Here’s an on-set picture from Day 13.

The breathtaking San Salvador Beach served as a backdrop to a few scenes in the film. We aren’t exactly sure, but the location resembles the scene where the first cow is being brought to the shore by Cookie.

The rusty barn where Cookie and King Lu hide to save themselves from the Russians, is an old barn in Elkton, Oregon. Christian shared a behind-the-scenes picture from the set.

Oregon’s most populated city, Portland doubled up as a filming location for several scenes in the film.

Here’s a beautiful shot of the sunrise, taken by Orion Lee from the movie set in Portland.

Read More: First Cow: Everything You Need to Know