The sixth episode of Apple TV+’s medical drama ‘Five Days at Memorial,’ titled ‘45 Dead,’ follows Arthur “Butch” Schafer, an assistant attorney general of Louisiana’s Medicaid Fraud Control Unit, who starts to investigate the 45 deaths that happened in Memorial Medical Center and LifeCare Hospitals. Schafer teams up with his unit’s special agent Virginia Rider to conduct interviews with people who worked in LifeCare to find out what really happened in the hospital during Hurricane Katrina and the subsequent flood. Meanwhile, rumors start to spread that Memorial staff euthanized LifeCare patients. The episode ends with several revelations of LifeCare staff members and we have decoded the same for you! SPOILERS AHEAD.

‘45 Dead’ begins with Arthur “Butch” Schafer, who has been mourning the death of his daughter Shelly, getting assigned to investigate the deaths that happened in Memorial hospital by Louisiana attorney general Charles Foti Jr. The assistant attorney general calls Tenet, the company that owns Memorial, to garner details concerning the deaths that happened in the hospital, only to not acquire the same. LifeCare sends him documents concerning the death of their patients and the presence of morphine in the dead bodies of the same. Susan Mulderick and Karen Wynn join their colleagues to inform the families of the deceased patients about the tragedy.

When the State of Louisiana officially starts investigating the Memorial deaths, national media starts to call Memorial doctors to reveal the doctors’ side of the story. Dr. Anna Pou asks Susan what she should do about the same, only for the latter to direct her to Tenet. When Tenet makes it clear that they will not assign a lawyer for her, she refuses to talk more about what really happened on the fifth day of isolation at the hospital to a Tenet employee. She hires Richard T. Simmons Jr. as her attorney. Schafer, upon teaming up with Virginia to investigate the Memorial deaths, travels to Memorial but the security guards stop them from entering the hospital building.

Schafer and Virginia talk to Diane Robichaux, who expresses her doubts concerning the deaths of her patients. She becomes candid about Pou’s involvement in the deaths of the patients to the two investigators.

Schafer and Virginia, after talking with Diane, talk to LifeCare’s nurse executive Therese Mendez, physical medicine director Kristy Johnson, and pharmacist Ken Nakamaru, who all reveal that Anna Pou was involved in the deaths of their patients. In reality, as per Sheri Fink’s eponymous source text of the show, Therese Mendez told Diane that Pou was going to administer “lethal doses” to certain LifeCare patients. Mendez even testified before a grand jury that “Pou came upstairs to LifeCare and said that she was assuming responsibility for the patients and that they would be given a lethal dose of drugs,” as per the source material. 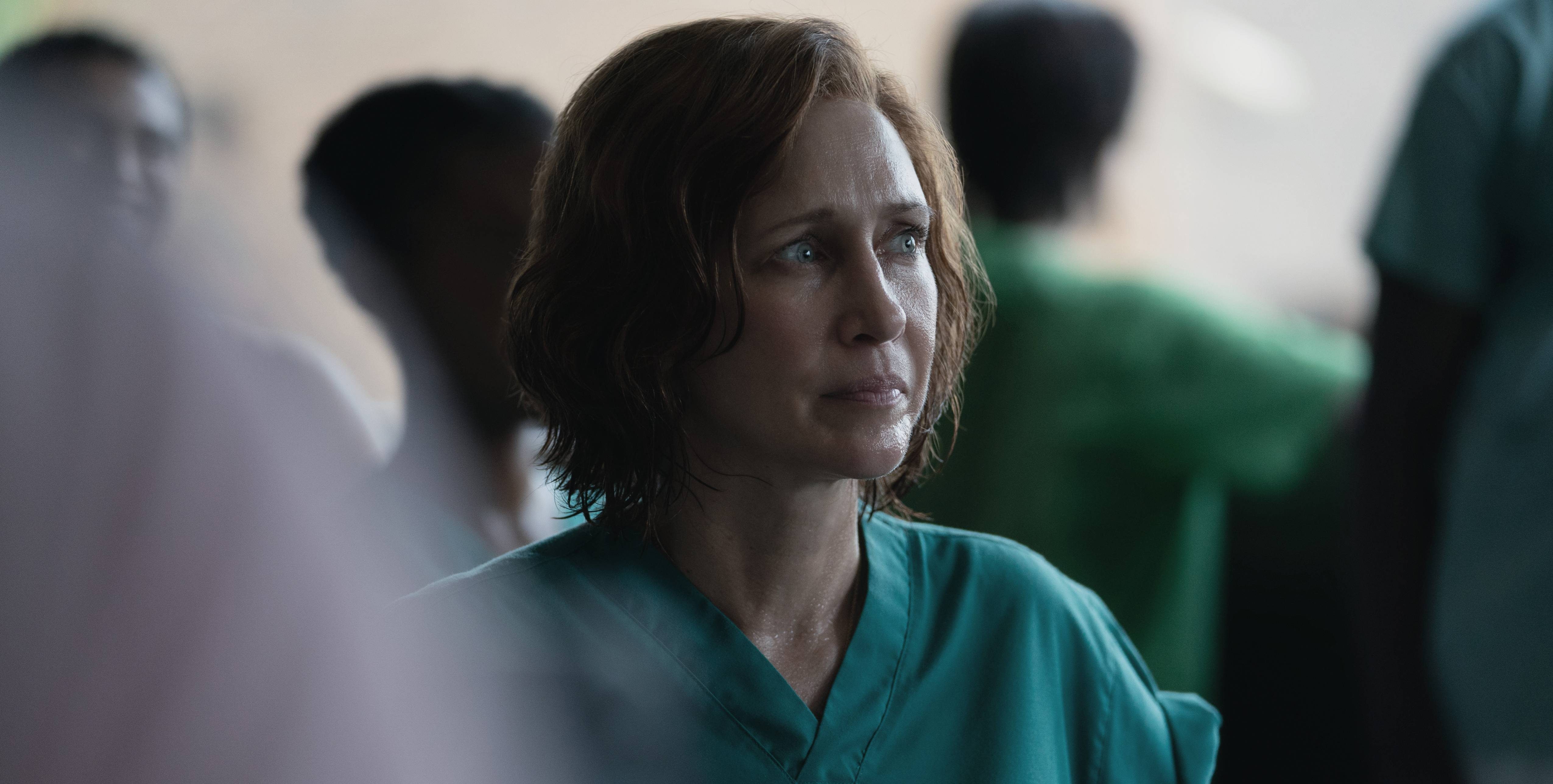 According to Diane, Pou took control of LifeCare and its patients before the final evacuation. “[…] she said to me, ‘I know this is hard for y’all, I don’t want anybody to feel responsible, this is nothing to do with LifeCare,’ ah, she said, something like, ‘I take full responsibility for, I don’t want anybody to worry about their license,’ or, you know, something along those lines,” Diane said about the same, as per Fink’s source text. Even though Therese claimed that she heard Pou mentioning “legal doses,” the latter’s lawyer later denied that his client used those words.

Although Therese’s words indicate that Pou might have euthanized LifeCare patients, including Emmett Everett, the doctor dismissed such an accusation. “I do not believe in euthanasia. I don’t think that it’s anyone’s decision to make when a patient dies. However, what I do believe in is comfort care. And that means that we ensure that they do not suffer pain,” she told Morley Safer for ‘60 Minutes.’ However, that doesn’t necessarily mean she hadn’t administered morphine to LifeCare patients. In 2007, Pou admitted that she administered morphine to nine LifeCare patients upon knowing that the medication might hasten their deaths.

Since Pou was never convicted for murdering the LifeCare patients, it will be unjustifiable to state that she killed the same patients. As far as Anna is concerned, she didn’t euthanize the patients since she only wanted to reduce their pain and make them comfortable by administering morphine. Anna’s words indicate that the result she desired while administering morphine wasn’t death, which rules out euthanasia. Since it is nearly impossible to know whether Pou had any different intention while administering the drug, especially after the grand jury had decided against convicting her, any conclusion that states Pou killed or euthanized the patients can only be considered an opinion/assumption rather than a fact.

Read More: Is Dr. Ewing Cook Based on a Real Memorial Doctor? Where is He Now?