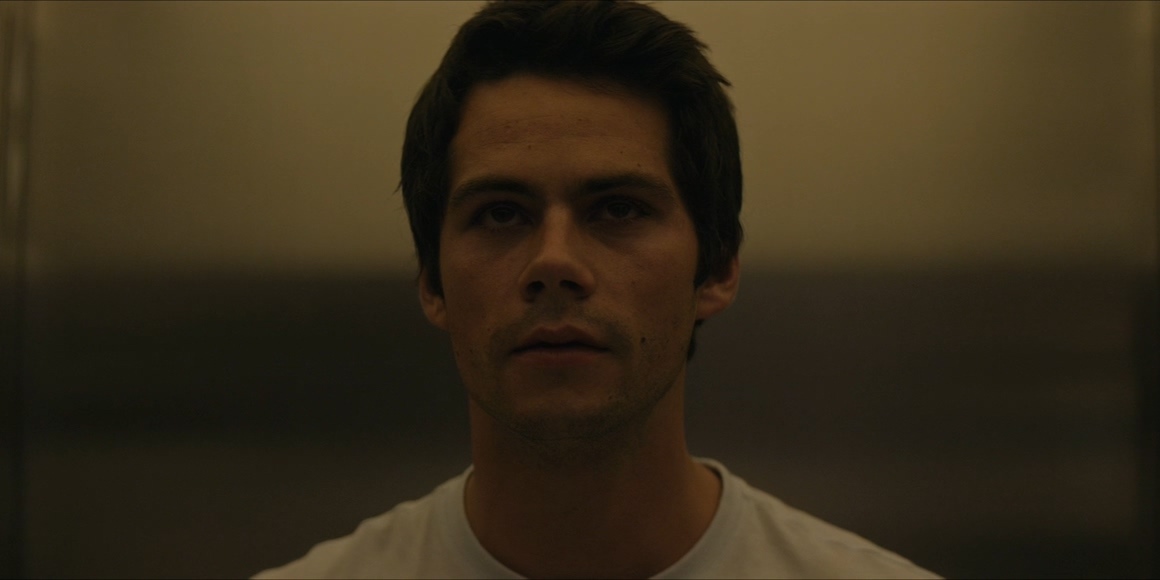 Have you ever felt like your past is so overwhelming — and even debilitating — that the remnants of the present erode? If so, you have already decoded parts of the film. Christopher MacBride’s second feature film ‘Flashback’ shows a lot of promise, despite its banal ending that tries to draw the narrative to a close through hasty brushstrokes. Partly a psychological thriller, partly a drug-induced limbo, and partly a coming-of-age drama, the film takes its inspiration from a plethora of films, especially ‘Donnie Darko,’ early ventures of Darren Aronofsky, and Gasper Noe’s psychedelic thriller ‘Enter the Void.’ And yet, the final product is not overpowered by any of the sources of inspiration.

The story probes into the life of an alienated and unreliable protagonist, Fred, as he tries to unearth the mystery behind the disappearance of his past crush, Cindy. The pursuit brings him closer to reality as it pulls him apart from it, and in turn, he is plunged into a delirious fever dream that unfolds all the virtual possibilities before him. In one reality, the film is nothing but a repository of discordant signifiers that don’t follow a narrative, and in another, it is a brilliant masterpiece unprecedented in cinema. All the cryptic suggestions left aside, the film does not make much sense in our linear way of comprehension, and the ending, well, it does not help. Let us decode it then, shall we? SPOILERS AHEAD.

Fred lives a seemingly fulfilled life – he has a decent job, a hobby, a new apartment, and the love of his life, Karen. However, his ailing mother’s condition is progressively worsening with the onset of aphasia (a condition characterized by the inability to communicate). On his way to work, he instinctively veers to a shady lane. Scared by a scar-faced squatter, Fred is reprimanded by a policeman.

In the meantime, he gets flashbacks of Cindy, a girl he knew from school. Fred opens his school yearbook to find Cindy’s face obscured by pencil strokes. Unable to track her down on the web, Fred goes back to his school looking for answers. In the school, he meets Mrs. Shouldice, a veteran teacher who remembers Cindy. As she recollects, Cindy didn’t appear at her final exams – she just vanished into thin air. The teacher also mentions a drug that was running amok among students during that time, and Fred remembers the name of the substance – Mercury, or Merc in short.

Misleading signifiers send him to his office dead at night, where he perceives his own self in the lobby, haunted by the homeless man he met earlier. Fred gradually remembers the day when he was introduced to the drug. In flashback, Fred goes to the bathroom after hastily finishing his math exam. He becomes the happenstance witness of a drug hand-off and makes acquaintance with Sebastian Bellamy, who urges him to hide the drugs.

Fred meets Sebastian in the janitor’s room, which has been transformed into a drug den. In the porous darkness, he meets Sebastian’s drug buddies, Andre and Cindy, and is offered a Merc tablet. Tormented by the flashbacks, Fred regroups with Sebastian and Andre and reconstructs the moment of rupture from scratch. Gradually, the distinctions between the past, present, and future are blurred as the film enters a visceral and flashy loop.

Flashback Ending: What Happens in the Building on Blackbird Street?

The rundown construct on a darkened corner of Blackbird Street lies in the kernel of the film, around which the rest of the narrative revolves. After reconciling with his past friends, Fred goes back to the moment from where it all unfurled. As the film recreates the past, Sebastian is made to remember the party where they last saw Cindy. As Andre recollects the location of the building, Fred, Andre, and Sebastian return to the place in search of answers. The consequence of the visit for Fred is a never-ending limbo, an explosion of realities, and the final return to the preconscious.

In flashback, the group goes to a club, while Cindy and Fred part from the group and end up on a rooftop. In a Nietzschean stance, Cindy talks about the labels that society conjures to substantiate reality, the will to power, and the ephemerality of the present. They regroup with the rest, and Sebastian has come across a contact that would give them “pure” and “uncut” Marc. As per Sebastian’s wish, they go to the building on Blackbird Street to score the drug. The building is infested with squatters and grotesque drug-addled specters.

They get the drug, and while the rest gulp it down instantly, Fred is hesitant to take it. He goes to the bathroom and takes it nonetheless, but in the meantime, a nosebleeding Andre comes around, urging Fred not to take it. Coming out of the bathroom, we see Sebastian experiencing a fit while Fred goes out of the room to explore. He comes across a cultist union presided by a drugged little boy. Fred also possibly experiences a near-death episode. Fred comes back to the present, and the group is still there, and Cindy is one of them.

Fred has an episode, and as he hits the boy on the face, it is made apparent that the boy grows up to be the squatter whom Fred meets in the alley. All of this is understood, but one still has difficulty comprehending the course of events that unfold in the building. The words spoken by the boy can make it clearer: he talks about an “invasive life-form” that has convinced the human mind to perceive information linearly.

The modern capitalist society takes its energy from chaos and contradictions, but in the depth of the building, there is no contradiction, only an incessant flow of the present. The building is, in many ways, an antithesis to society and how we perceive it. Following the theory of Schizoanalysis as professed by Deleuze and Guattari, if Fred represents an Oedipal self, desiring to repress his desires, the building and its inhabitants are an articulation of the “Anti-Oedipus” itself, a collective subjectivity that liberates the society from its neurotic predispositions.

Is Cindy Dead or Alive?

As the ending of the film explodes into manifold realities, it becomes apparent that Cindy did not need to be saved; she was the savior instead, as she attempted to liberate Fred from the labels imposed on him. In a reality, Cindy and Fred are happily together, and Fred is an artist living his dreams by the seashore. Another realm brings them to the middle of a desert. In another, they are together but living as scavenging delinquents, locked inside the shadow realm of the building, but Fred escapes to see his mother in the hospital. In yet another, Fred takes his leave from Cindy, concluding that he cannot follow her anymore.

These snippets of conjoined sequences do not give us a definitive conclusion on Cindy’s fate. All we know is that Cindy does not turn up at her final exams, and Fred obscures her face from the school yearbook as he meets the more grounded Karen. For all we know, Cindy is here, there, and everywhere. In many ways, Cindy is the film’s own Schrodinger’s Cat. Potentially a “body without organs,” she is neither dead nor alive – but following a suggestion made by the great Pink Floyd, she has broken the wall and wandered off to the other side.

Where is Fred Now? Is He Mentally Ill?

The film, above all, is a brilliant depiction of the labyrinthine corridors of the artistic mind. As Fred reconciles with Cindy in the school lobby choosing a divergent path of reality, they venture off into distant worlds of possibilities. The free-flowing trip comes to an end as Fred reconciles with his mother, and Fred’s amnesiac mother utters his name before her passing. The death of Fred’s mother gives the story an overarching conclusion. The film takes us back to Fred’s childhood, meditating upon the darkness on the other side of the door. The image is suggestive of the safety of the familial sphere, which attempts to protect us from the vast tracts of darkness that lie outside. The realities experienced by Fred are not presupposed by a virtual sci-fi multiverse; they are rather manifestations of his own desire.

In the finality of events, as he forgets Cindy and begins a life with Karen, the film takes us to the beginning. And it all starts to make sense. In Deleuze and Guattari’s formulation, desire does not substantiate any external reality but has the agency to create reality from and by itself. One can also desire to repress the desires, and in the end, Fred represses his desires for Cindy. Fred’s desires are governed by societal expectations, as he chooses Karen over Cindy and a stable job over the uncertain life of an artist. Fred’s condition, however, is not pathological – his mental delusions stem from a neurosis that characterizes the capitalist society as a whole.

Read More: Where To Stream Flashback?