Fleishman is in Trouble Episodes 1 and 2 Recap and Ending, Explained 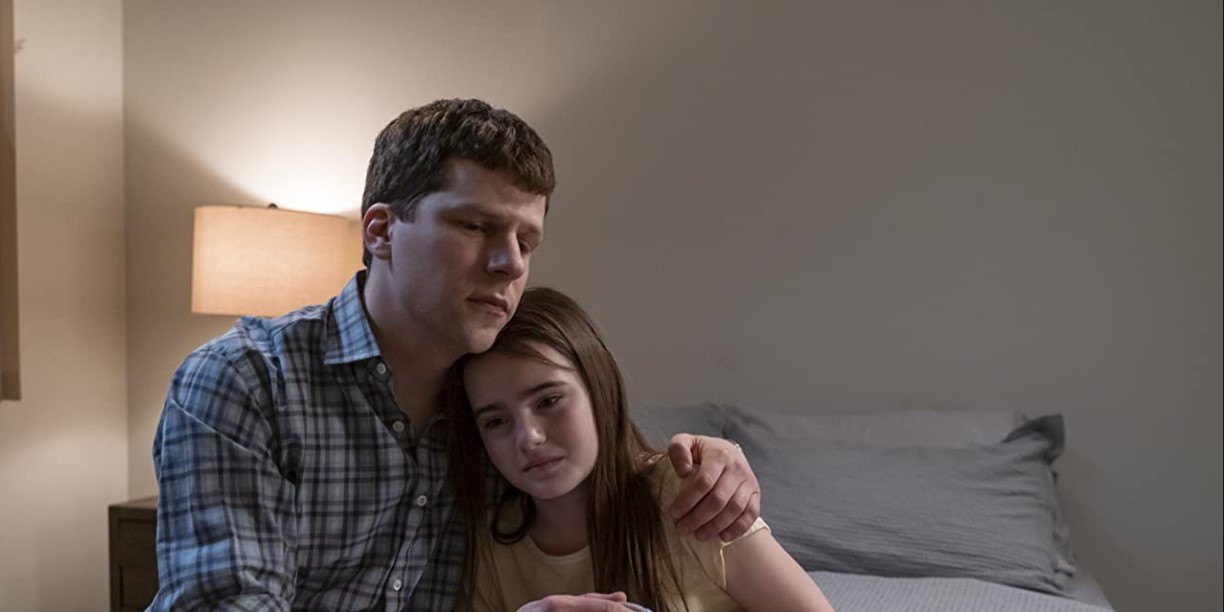 Created by Taffy Brodesser-Akner from her 2019 namesake novel, ‘Fleishman is in Trouble’ is an FX on Hulu drama series. At least in the early part of the show, the plot revolves around Toby Fleishman (Jesse Eisenberg), a 40-something hepatologist who is going through a divorce from his estranged wife, Rachel (Claire Danes). As Toby tries to build up a life for himself as a single man and single father, Rachel suddenly disappears. Initially, Toby sees this as part of a precedence that Rachel has previously set. It isn’t until someone points out to him that something might have happened to her that he considers that possibility. Here is everything you need to know about the ending of ‘Fleishman Is in Trouble’ episode 2. SPOILERS AHEAD.

Fleishman Is in Trouble Episodes 1 and 2 Recap

‘Fleishman Is in Trouble’ doesn’t have a linear narrative. The plot jumps back and forth in time, juxtaposing present and past events to offer us a window into the complex relationship between Toby and Rachel.

The two protagonists have been married for nearly 15 years when their relationship starts to unravel. Toby and Rachel have always been two people with opposite personalities, but the marriage served some purpose for both of them. Rachel has been shown as the epitome of ambition. Her relentless pursuit of wealth and success has left her alienated, especially because Toby wants something completely different out of his life.

Admittedly, the wealth these characters supposedly possess makes them inherently unrelatable, but Brodesser-Akner’s work tries to deal with that issue by letting everyone around them delve deep into the relationship. One thing to remember here is that we are considering things from Toby’s perspective, which is bound to be heavily biased in his favor. It is underscored that Toby felt suffocated underneath the weight of Rachel’s ambition, while all he has ever wanted is to help people as a doctor.

Despite the considerable non-relatability, these characters are rarely unsympathetic. Even with Rachel, one understands that something must be going on behind the curtains that we are not yet privy to.

Toby’s relationship with his children leaves much to be desired. His daughter, Hannah, is extremely abrasive toward him, but Toby takes it in his stride. Children can be so cruel. They know the ill effects their words will have but often lack the empathy to understand why they should not always opt for the nuclear option. Having grown accustomed to an ultra-privileged life, Hannah struggles to accept the new realities involving her father and lashes out against him. As for Solly, Toby and Rachel’s son, he is still at the age when he doesn’t grasp the enormity of his parents’ decision to divorce. Inquisitive as children often are, Solly asks his father about abstract concepts such as the block universe and becomes horrified after finding porn on the internet.

As previously mentioned, we are only given Toby’s version of events at this point of the story. Even the narrator, Libby (Lizzy Caplan), is a close friend of Toby and sees things from his perspective. She and Toby’s other friend, Seth (Adam Brody), have once more become part of his life after the separation. Libby struggles with her own share of issues in her marriage to Adam (Josh Radnor). A former investigative journalist, she tries to come to terms with her new identity as a stay-at-home mother.

Fleishman Is in Trouble Episode 2 Ending: Where Is Rachel? Is She Dead?

Rachel’s whereabouts are the central plot device of the entire show. From that fateful morning when she drops Solly and Hannah off at Toby’s apartment, she becomes a figure shrouded in mystery, only knowable through the perspective of her aggrieved husband. Although we will likely get her perspective of events before the show is done, we have to make do with what Toby thinks of her for now. And he doesn’t paint a pretty picture.

Toby earns $300,000 per year, a salary that makes him comfortably part of the social elite anywhere in the world except for the one place in New York where Rachel wants her family to live. She is a talent agent of prominent entertainers and earns more than him. While she wants to keep climbing the social ladder, Toby is content with how his life is. He is an exceptional doctor who gets genuine pleasure from doing his job. When he hears about a possible promotion, Toby feels that it has validated him and his beliefs.

In the first few hours of Rachel’s disappearance, Toby isn’t even aware of the fact. He functions under the presumption that she has dropped the children off a day early because she isn’t concerned about his schedule. Even when he realizes that he hasn’t heard back from her for an alarming amount of time, he still thinks that it’s not out of character for her. Seth and Libby eventually point out that something might have happened to Rachel, and he finally starts to consider that probability.

Although episode 2 ends on a cliffhanger that seems to imply that Rachel is dead, it is probably a misdirection. The series’ creators use similar methods at the end of episode 1. The story is not a murder mystery; it will not suddenly take a violent turn. ‘Fleishman Is in Trouble’ is about the dissolution of a marriage, and Rachel’s sudden disappearance must be related to that. Toby asked Rachel for divorce for months before she agreed. Something must have changed in her life to convince her to do that. Perhaps she is already in a relationship and went away with the mystery man, desperately seeking a break from her hectic life. If that’s the case, her secretary probably knows where she is, even if she (the secretary) refuses to tell Toby about it.

Read More: Is Fleishman Is in Trouble Based on a True Story?