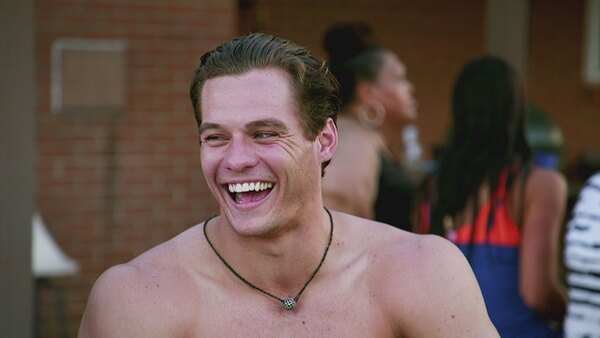 Now, as Season 3 heads towards a close, we see how Gus and Jeremiah have not really patched things between them, thus affecting the members of the house. With Nilsa’s arrest and Kortni’s departure, the drama has been at an all-time high. This must make you wonder about what goes down in the latest episode.

We are here to tell you that, right after we walk you through when and where to watch the upcoming episode.

‘Floribama Shore’ Season 3 Episode 15 is slated to release next Thursday, February 13, 2020, at 8/7 c on MTV. The upcoming episode is the first part of a two-part season finale, and things are bound to get crazier than usual.

We see the members of the house even consider calling the police when things seem to get out of hand. You can check out the promo of the upcoming episode, below.

If y'all thought this season was crazy, you ain't seen NOTHING yet!

Part one of the EPIC two-part season FINALE of #MTVFloribamaShore premieres next Thursday at 8/7c on @mtv! pic.twitter.com/lXwnILv2qD

‘Floribama Shore’ is on MTV, so the easiest way to catch it is with a cable connection. If you do not have one, you can always head to the MTV site and stream it. Since cord-cutters are on the rise, options have been made available to them as well. You can always head to Fubo TV, Philo TV, Sling TV, YouTube, in order to stream the latest episodes of the show. Some platforms even offer free trial periods before charging for the services. If you are an Amazon Prime subscriber, you can buy and stream the episodes on the platform.

Episode 14 of ‘Floribama Shore’ sees everyone in the house exasperated with Jeremiah’s lack of communication. In fact, it drives Mattie away, as well. Their relationship has remained in its nascent stages, and it remains to be seen if the two can move past this hurdle.

Complicating the matter is the presence of Jeremiah’s brother, Josh. Nilsa reacts to this the most since the two have history from Season 1. They had made out, but their relationship did not go anywhere. Other women also seem to dislike Josh, because he is disrespectful towards them. Mattie feels that other house members are making matters worse, by giving Josh the cold shoulder and planning a day without Josh and Jeremiah.

However, they reiterate that Mattie doesn’t know Josh, as well as they do. That being said, the episode also witnesses a card game escalating to baby birding. You can check out the tweet below, showing Nilsa baby birding.

Y'ALL IF I HAVE TO WATCH THIS SO 👏 DO 👏 YOU 👏 #MTVFloribamaShore pic.twitter.com/0FwbwcnhJT

Therefore, despite the impending drama, moments of weird fun, like this, keeps drawing us to episodes of ‘Floribama Shore’. Undoubtedly, as we head to the end of Season 3 in the next two episodes, both the fun, and the drama, will reach fever high pitches, leaving us reeling, and eagerly anticipating Season 4 of ‘Floribama Shore’.