For All Mankind Season 3 Episode 7 Recap and Ending, Explained 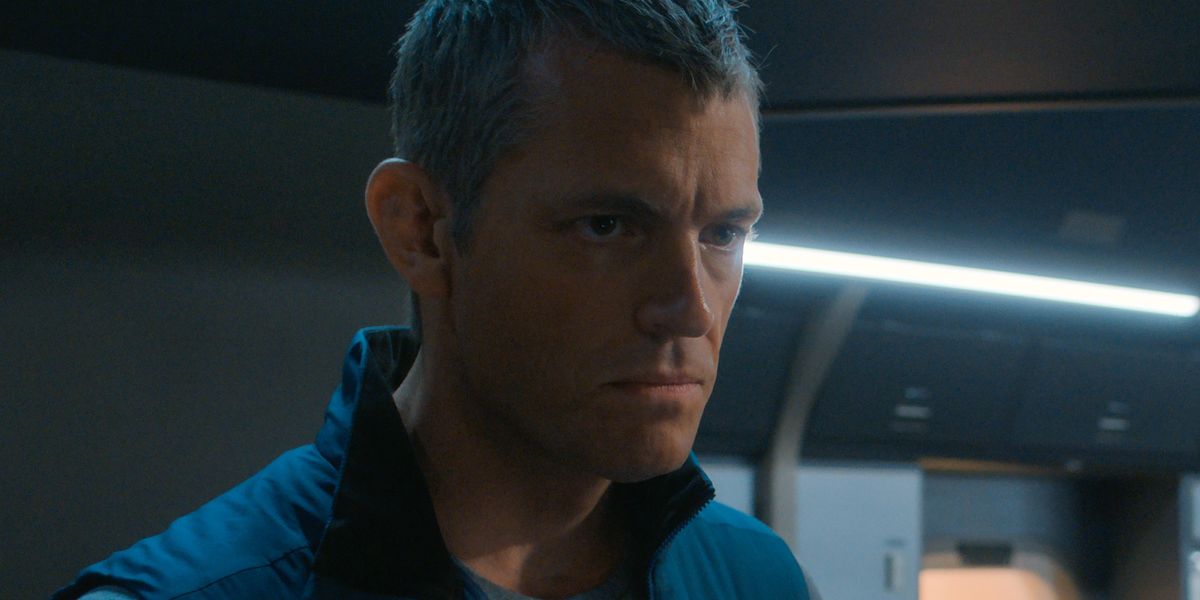 With the race to Mars in the rearview, the seventh episode of ‘For All Mankind‘ season 3 focuses on interpersonal drama between the characters who find themselves in difficult spots. The seventh episode, titled ‘Bring It Down,’ sees Helios and Roscosmos attempting a joint mission on Mars while NASA’s Aleida Rosales digs up dirt on her Soviet counterparts. Danny Stevens falls from grace, and his actions lead to unexpected complications in the Helios-Roscosmos mission. If you wish to catch up on the episode’s events and ending, here is everything you need to know! SPOILERS AHEAD!

For All Mankind Season 3 Episode 7 Recap

The seventh episode, titled ‘Bring It Down,’ opens in the aftermath of Helios and Roscosmos’ joint mission becoming public news. As a result, the Roscosmos mission control leaves the NASA facilities and aligns with Helios. Sergei is forced to return to Moscow, and Margo fears for his life. The duo shares a teary-eyed farewell as Margo tries to convince Sergei to buy her more time. Nonetheless, Sergei accepts his fate and returns to his homeland. In front of Congress, Larry Wilson is called to testify about assigning NASA contracts to independent contractors. Larry is accused of corruption and questioned about his affair with a White House aid. 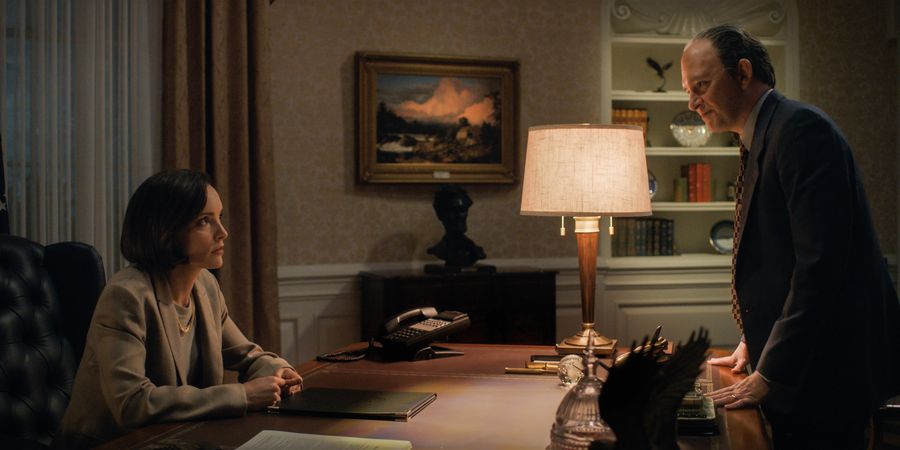 While Larry dodges the accusation, he warns Jeremy to rectify the situation and ends their affair. Nonetheless, Ellen forces Larry to come clean about his affair and accepts lying to Congress. However, the husband-wife must find a way to address the scandal before it becomes a national sensation. On Mars, Helios and Roscosmos start preparation for extracting water from Mars’ surface. However, Kelly is displeased to learn that Ed will not give her enough time to study the microbes in the water. As a result, the father and daughter have an argument. Danny begins to act compulsively and receives a harsh warning from Ed.

On earth, Jimmy bonds with his anti-NASA friends and visits the JSC with Summer. They see the statues of Gordo and Tracy Stevens before stealing the id card of a high-ranking NASA employee. Later, Jimmy’s friends enter the JSC and steal the statues. Aleida consults her ex-husband as she has gathered data on Roscosmos stealing her engine designs for the Mars mission. When she takes up the issue with Margo, Aleida’s theories are shut down, leading her to believe that Margo may be behind the design leaks. Ellen and Larry manage to divert their political problems, but Ellen is forced to reconsider the sacrifices she made for her career. Meanwhile, Helios and Roscosmos start the extraction of water.

For All Mankind Season 3 Episode 7 Ending: Does the Helios-Roscosmos Joint Mission Succeed?

In the seventh episode, Ed leads the mission to extract the water from Mars’ surface. The mission is a collaboration between Helios and Roscosmos, who hope to share the water yield equally. Moreover, the mission is the key to laying the foundation of a sustainable human colony on Mars. Hence, the mission’s success is of utmost importance. While the extraction operation appears routine, the lack of knowledge about Mars’ surface is a difficult challenge. 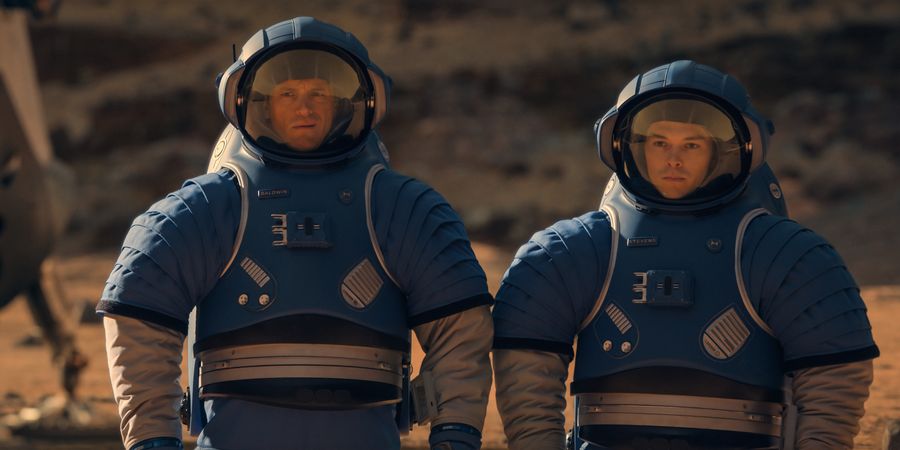 Additionally, Danny Stevens, who is overseeing the mission control from the Phoenix base, is struggling with anxiety, and his mental health is deteriorating. As a result, he makes the fatal mistake of turning off communication with the drilling site leading to a massive error. Ed and a Soviet cosmonaut are injured during the drilling and need immediate medical health. Danny rushes outside to lend Ed a hand. However, as the duo makes their way to the med bay, a massive sand storm erupts at the drilling site.

The astronauts rush to find shelter but to no avail. The other astronauts get swept in the sand storm while Ed and Danny narrowly avoid the same fate. They hide inside a rover and protect themselves from the sand storm. The episode ends without clarifying the fates of the other astronauts. However, it is safe to say that the Helios-Roscosmos joint mission is a colossal failure.

After the accident on the drilling site, the infrastructure erected to extract water also falls apart during the sand storm. Moreover, it is implied that the ill-informed drilling attempt caused the sand storm in the first place. Ultimately, the mission’s failure proves that humanity is still not ready for the next step and must first understand the delicate ecosystem of the Red Planet.