When it comes to sitcoms, there is quite nothing like the fandom of the supremely popular ‘F.R.I.E.N.D.S’, just as there is nothing quite like its immense likability and re-watchability even after fifteen years since the six eponymous friends went out of a purple door with a yellow frame to get coffee. In fact, there is a very astute, important observation one encounters when looking at the very genesis of the fanatical popularity of this show that just refuses to die down. Not only was the humour fresh and spot on, it was the immensely well sketched out characters, with each of their distinct quips, and how relatable their struggles, successes, friendship, laughter, lows and highs felt that the show actually moved to acquire its status as an icon in pop culture from being just a regular sitcom.

For me, when it comes to sitcoms, it usually boils down to a battle between ‘The Office’ and ‘F.R.I.E.N.D.S’, both holding a very special place within myself. Having recently done the Myers Briggs Personality Test for a host of ‘The Office’ characters that proved to be a rather fun exercise, I decided that it was prudent for me to do it for these absolutely dynamic big apple personalities as well. So, without further ado, here is my take on what kind of personalities the characters from ‘F.R.I.E.N.D.S’ have.

The only other friend among the six to exactly share a personality type with another, Rachel and Joey are far more alike compared to any other pair in the group, and even further more than what is revealed in the initial seasons. Their relationship and dynamic clearly blossoms in the second half of the show’s run. Rachel and Ross might have been each other’s lobsters, and don’t get me wrong, a couple I was pining for as well, but in an alternate reality where Joey would have been written to end up with Rachel, the two would have been a match made in the high heavens.

Comparisons aside and bringing Rachel back into the spotlight, just as she likes it, the extroverted part of her personality is a no-brainer. She is extremely sociable and outgoing: something that she puts to good use when she finally finds her calling in life in the fashion industry. On the other hand, it is not so much as an abundance of the ‘sensing’ nature rather than a complete dearth of an ‘intuitive’ one that defines her second Myers Briggs identity type: she is definitely more dreamy than practical, and makes decisions based on gut rather than completely weighed in logical assessment. It took her a while to find her calling in life once she was introduced to the real world by Monica, but once she was, there was little that was going to stop her from achieving it, which is what strains out her and Ross’ relationship in the first place.

However, the ‘feeling’ part of her personality is truly put on display in the definitive segment when she doesn’t get on the flight to Paris to pursue her dream job, instead choosing to stay back for Ross and Emma. Undoubtedly a life of the party kind of personality, but a deeper person once you get to know her, Rachel Green may not be as textbook ESFP as Joey, but is a pretty solid embodiment nonetheless. 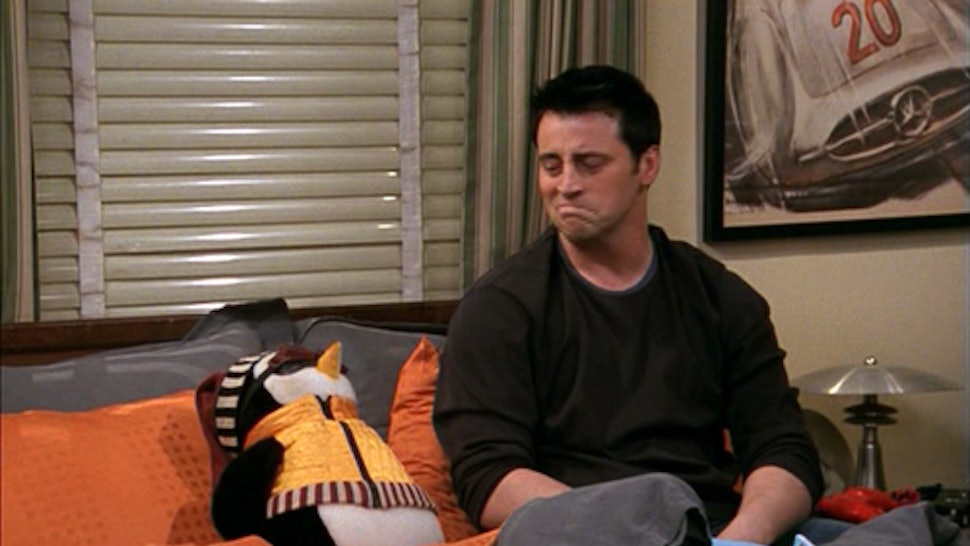 It would almost seem that the makers pre-decided Joey’s character template based on this personality type and they went out and wrote him. Everything matches! In fact, Joey Tribbiani would be such a typical example that I would also go out on a limb and predict that he would be a Piscean. However, since this discussion is not about sun signs, we focus instead on the MBTI theories. The extroverted nature in question for Joey could not be more obvious: he is surely a people’s person; a ladies’ man if I am to be more particular, and more importantly, he thrives off of it. In this one aspect, he could even give Phoebe a run for her money. More so, Joey is among the most emotionally grounded characters on the show, even allowing his emotions to sometimes get the better of him. The bits in the later seasons of the show when he falls for Rachel and has to bottle up his emotions are among the most definitive traits for him, outlining this facet of his personality.

The intuitive part of his personality can simply be ruled out on account of him choosing a line of work that was completely uncertain for him: despite clearly being initially terrible at it. As Ross stated for him, he needed the security of knowing where his next pay cheque would come from, while Joey didn’t, affording him the liberty of going in pursuit of his dreams of becoming an actor, a scenario that he clearly imagined far out into the future, and finally making it big after years of struggle and cash shortages. No method and only madness is basically how I would like to describe his way of coursing through his life, which is where he would beat the ‘judging’ part in Monica, while this would also surprisingly go on to reveal that the two are otherwise quite similar! Strange, right? 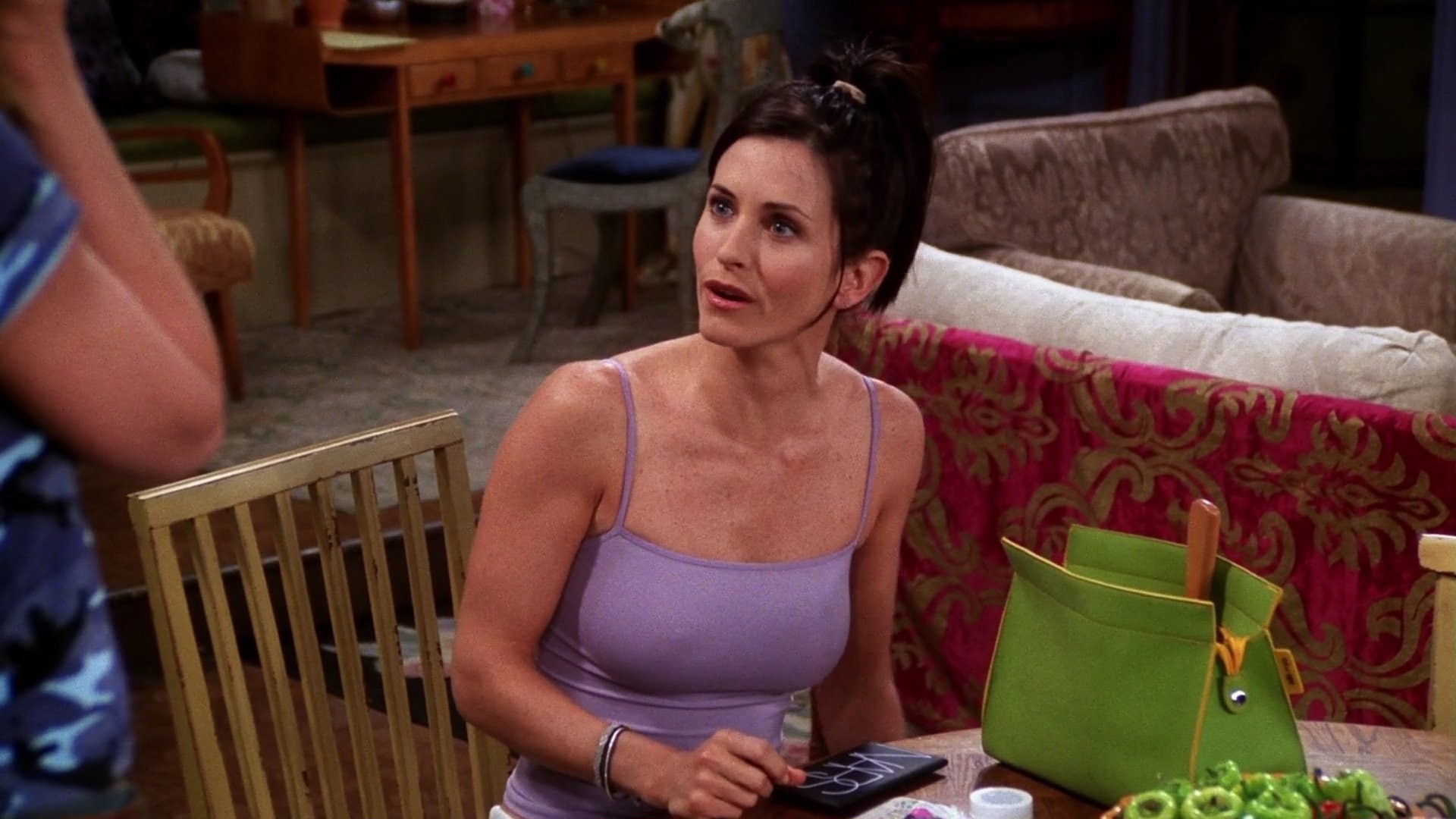 All about people-pleasing perfection and systematic organization almost bordering on crazy, Monica Geller is a natural leader who likes to get things done in her way, in an orderly fashion, in true ESFJ style. While definitely a problem solver, she is also the one breaking a sweat when somebody leaves a cold glass of water on the table without a coaster, or when Rachel moves the place of her Ottoman from where she desired to be, or when she grows increasingly uncomfortable with a “wrong side of the bed”. So very breezy, I must say Monica! In that, it would be partially wrong to deduce that all ESFJs display a form of OCD, but it is an informal observation that most do, in one form or another. Other than that, we all remember how she tackled the boys in a game of football on Thanksgiving, or her ping-pong face-off with Mike.

To sum it up, Monica’s bossy, extremely and dangerously competitive and a borderline control-freak. However, what we also do know and love about this fan-favourite character is that she is a reliable friend who helped Rachel by welcoming her to the ‘real’ world in the pilot episode or by teaching Chandler about women’s erogenous zones in a very animated way, if I might add. She is a fighter who made it through multiple undulations in her career and love life before finally landing the perfect job and the perfect mate in Chandler, plus prop points to her for also making it through her weight loss journey that couldn’t have been easy, finally achieving that enviable body. To add to that, her mother-hen position in the group, cemented by her preparing breakfast for everybody in the group, who also mostly hang out at her place, makes her a textbook example of ESFJ.

INTJs are the logical, analytical problem solvers of the bunch who take a lot of time thinking and examining information they receive, and when said information is of an unpredictable nature, they tend to behave in an uncomfortable fashion. Cue in the long pause Ross takes when he gets to know about Rachel’s pregnancy, followed by him freaking out over the efficiency of condoms, or him being completely rigid in his outlook, as is visible from his spat with Phoebe over Evolution being one of the possibilities. It is all this and more that makes Ross fit the description of an INTJ personality type to the T.

Interestingly enough, Ross would be the only friend among the group to have an introverted personality, despite Chandler’s perceivable social awkwardness and Monica’s perceivable contained nature. It was a difficult conclusion to arrive at, given this is basically a group of six friends that we are dealing with, but you’d agree once you consider how shy and reserved he was in his college days, preferring fossils over humans and regularly taking time off to focus on his “music”.

A total nerd and geek too, he prefers security and stability to turbulence or excitement, both in his romantic life with Rachel or any of his other partners, and his work too. It’d take as much as the tip of a boot to get Ross Geller in a defensive state or in an argument over challenging his strict notions, another definitive trait of INTJs. Completely dependable and hardworking ensuring them much success in their field, also by virtue of making serious, compelling arguments in their favour, even though they maybe a tad bit over-emphasized, INTJs don’t come in much better shapes and sizes than Ross. 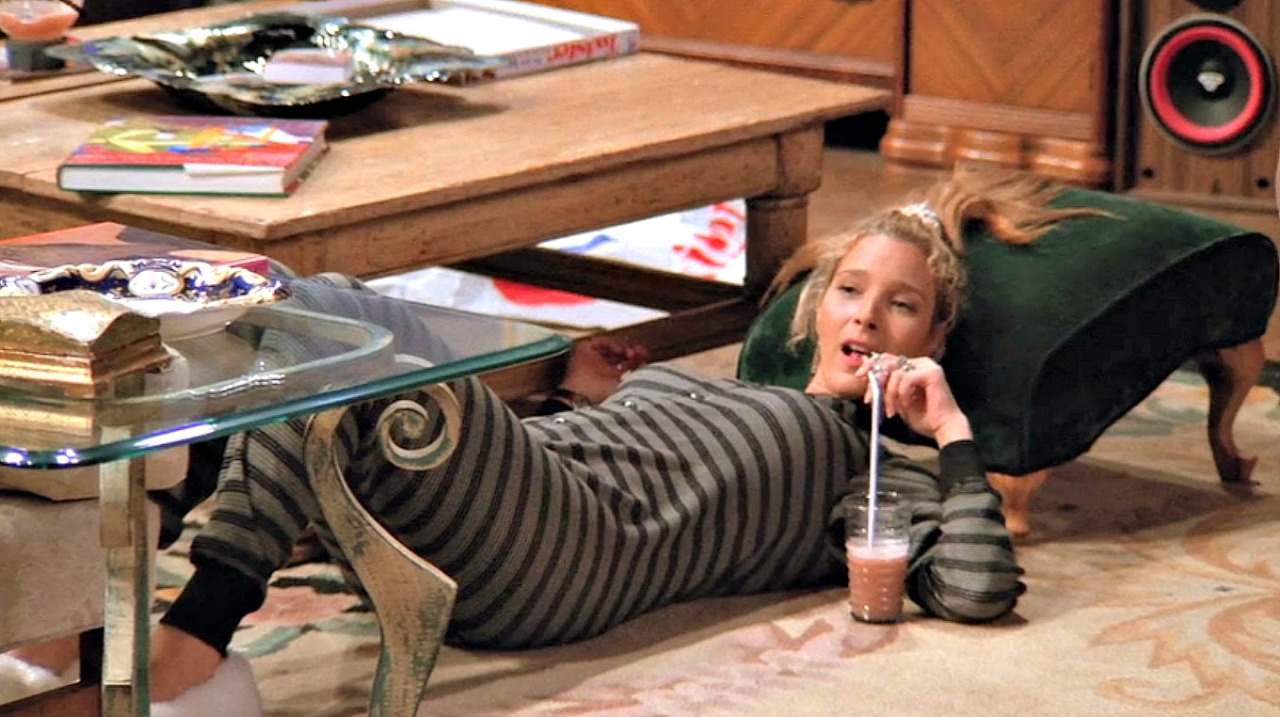 A true free spirit upholding strong moral values and weighing every decision against them, Phoebe Buffay embodies the personality type of ENFP — a creative idealist. Quite contrarily so, she is the only one among the six friends that is the most artistically aligned and creatively professional, pointing to the ISFP type, but her clearly extroverted nature, a commanding presence amongst known faces and a generally easy going approach in life, focused on the simpler things replace the Introverted and Sensing to clearly Extroverted and Intuitive.

Everything from her unique fashion or career choices, her song lyrics, even her super-casual references to her turbulent childhood that lead to the rare bouts of dark humour from an otherwise lively show, are a display of her playful and optimistic traits, all classic traits of an ENFP personality type. The spontaneous manner in which she breaks into a song at any point of time, her lack of a life ‘pla’, and her unapologetic attitude towards all her decisions is her way to explore and express her naïve, bare enthusiasm about anything and everything. The eccentricity that is clearly her most defining characteristic can be argued to stem from here.

Phoebe has never shied away from establishing a deeper connection with her loved ones and even helping them out; whether it is by pretending to be the one who is pregnant in order to protect Rachel at Monica’s wedding or bearing her brother’s triplets as a surrogate. A self-proclaimed environmentalist and even a sort of occultist, there is nobody zany enough to embody the ENFP than Phoebe Buffay. 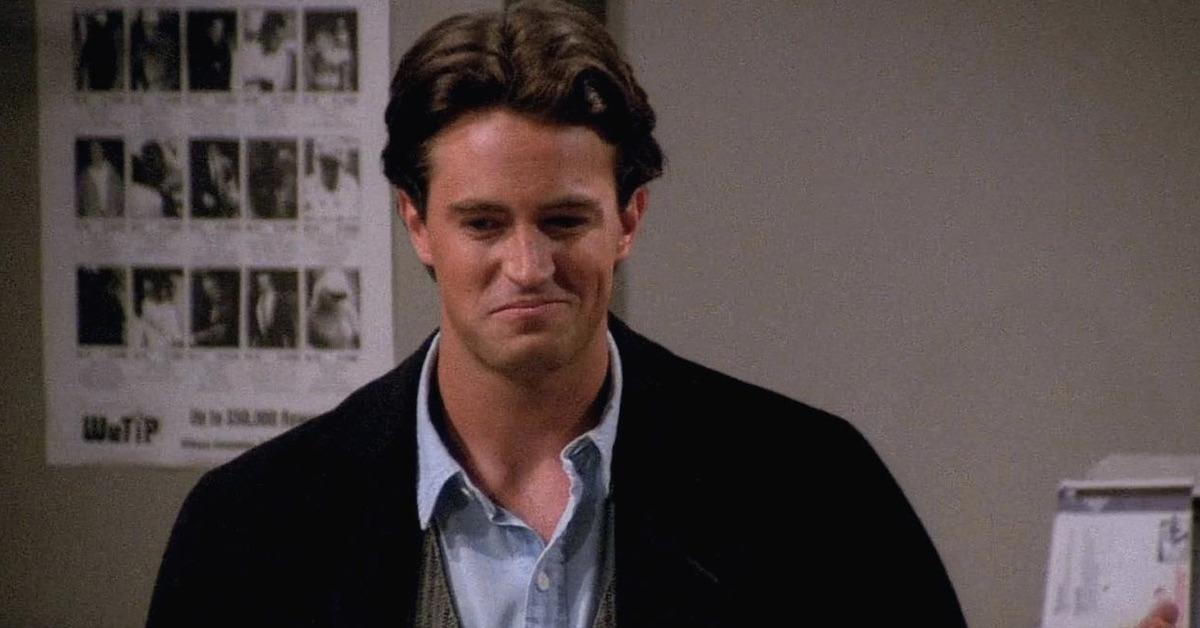 Whether it is resorting to sarcasm and quick-wit to deal with uncomfortable situations or leaving his well-established job as a “transponster” to become an unpaid intern for a marketing agency, Chandler Bing demonstrates the classic traits of the extroverted intuitive ENTP personality type: a risk-taker, enterprising and enthusiastic. ENTPs like to find the loopholes in everything as part of their “deciphering the world exercises” and discover interesting and creative ways to get out of difficult situations, and we say kissing a completely unknown bride when you can’t find the disposable cameras from your wedding tops the list of creative thinking.

The way Chandler accepts and embraces every facet of Monica, including her paranoia and controlling nature, and in fact takes pride in the fact that he loves “maintaining her” puts his Perceiving function on fine display, one that also allows him to readily adapt to and blend with circumstances rather than trying to change or control them. To top it all off, “I am not very good at the advice. May I interest you in a sarcastic comment?” just shows how he comes to deal with feelings and emotions. His extroverted, likable personality and zingy humour make him my absolute personal favourite character from the series, despite being a healthy and proud ENTP all the way to his core.