MBTI of The Office Characters, Explained 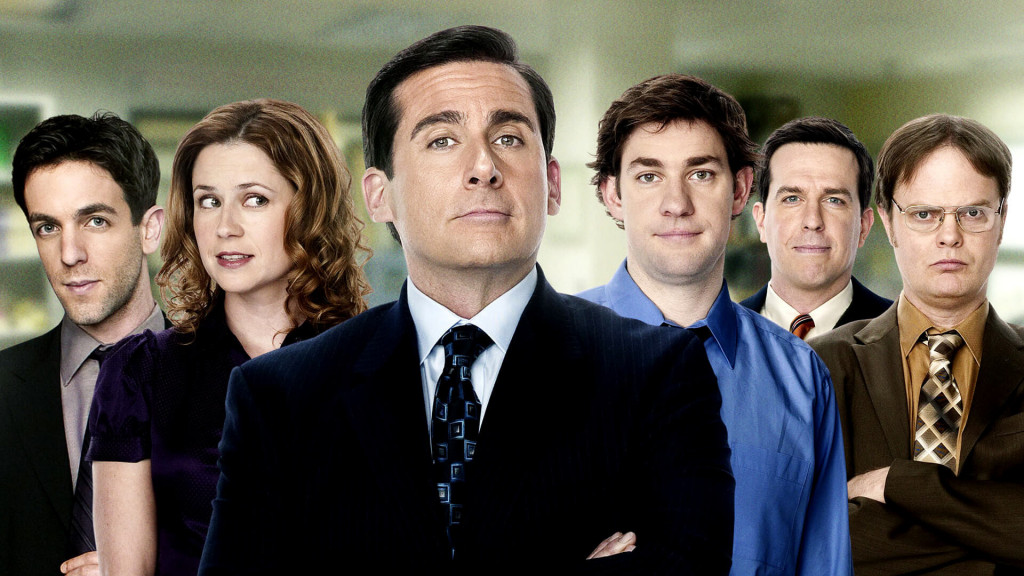 I strongly believe that the world squarely consists of two kinds of people: the first who think that ‘The Office’ is the greatest sitcom ever; it’s practically their bible. The second are the kind of people who need to watch it ASAP. Coupling such a show with a psychological, self-administered indicative personality test like the MBTI can be a really fun exercise if carried out in the right vein. Furthermore, if you too, like me, belong to the first category of people, you have, as have I, probably watched the show way too many times, almost bordering on unhealthy, with the characters, dialogues, punches and “That’s what she said!”s now being part of your life.

Well, all of you must have tried the test with your friends and people you consider close in life. However, the fun of applying it on beloved fictional characters stems from the fact that all of you regardless have a Jim, Pam, Michael, or Dwight in your life, although I am really sorry if it is the last one that you have. The MBTI just furthers that observation: it gave me a chance to know my favourite characters for the better. After all, you don’t want to be thinking of yourself as Pam when in actuality you could be Kelly Kapoor, in which case, you have got to own it! So, without further ado, read on to find out which character from ‘The Office’ matches your personality. 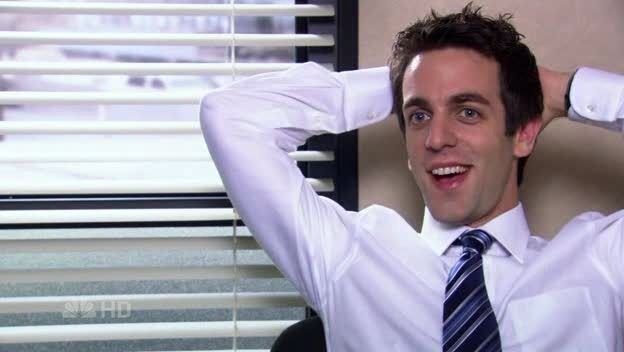 ESTP traits are most commonly associated with business moguls and entrepreneurs, and Ryan’s tumultuous journey on the show would reflect that he was exactly that on at least two of the upheavals his professional life goes through. At one particular point in the show, even operating out of the Dunder Mifflin closet, all he does is pitch new business ideas to his co-workers. His acumen in the area would be established by the fact that despite his somewhat controversial reputation in the office, he still could get people to invest in his startup, WUPHF. As would also be characterised by his entrepreneurial traits, he is a bonafide risk taker, something that doesn’t work for him always as his position keeps fluctuating on the corporate ladder, but a certain admirable quality about him, despite being an unemotional jerk and mostly to Kelly, would be that he never gave up. 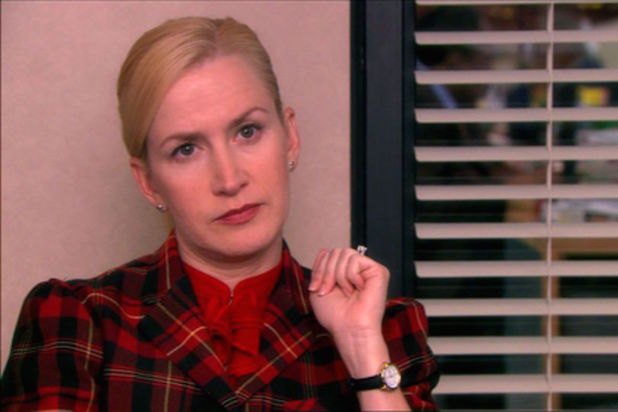 Angela Martin would be the very definition of a constrained personality, often rigid in construct and very, very systematic in approach. In fact, it is often due to these traits that ISTJs may appear emotionally distant and uncaring, at least initially, further testament to Angela’s affinity for cats more than humans. The “judgmental” bits would come somewhat naturally for somebody like Angela, as would her introverted nature, although I would like to believe she is an introvert by choice. She is a bankable person when it comes to work, very duty oriented, and a completely logical personality, completely in keeping with her ISTJ traits. 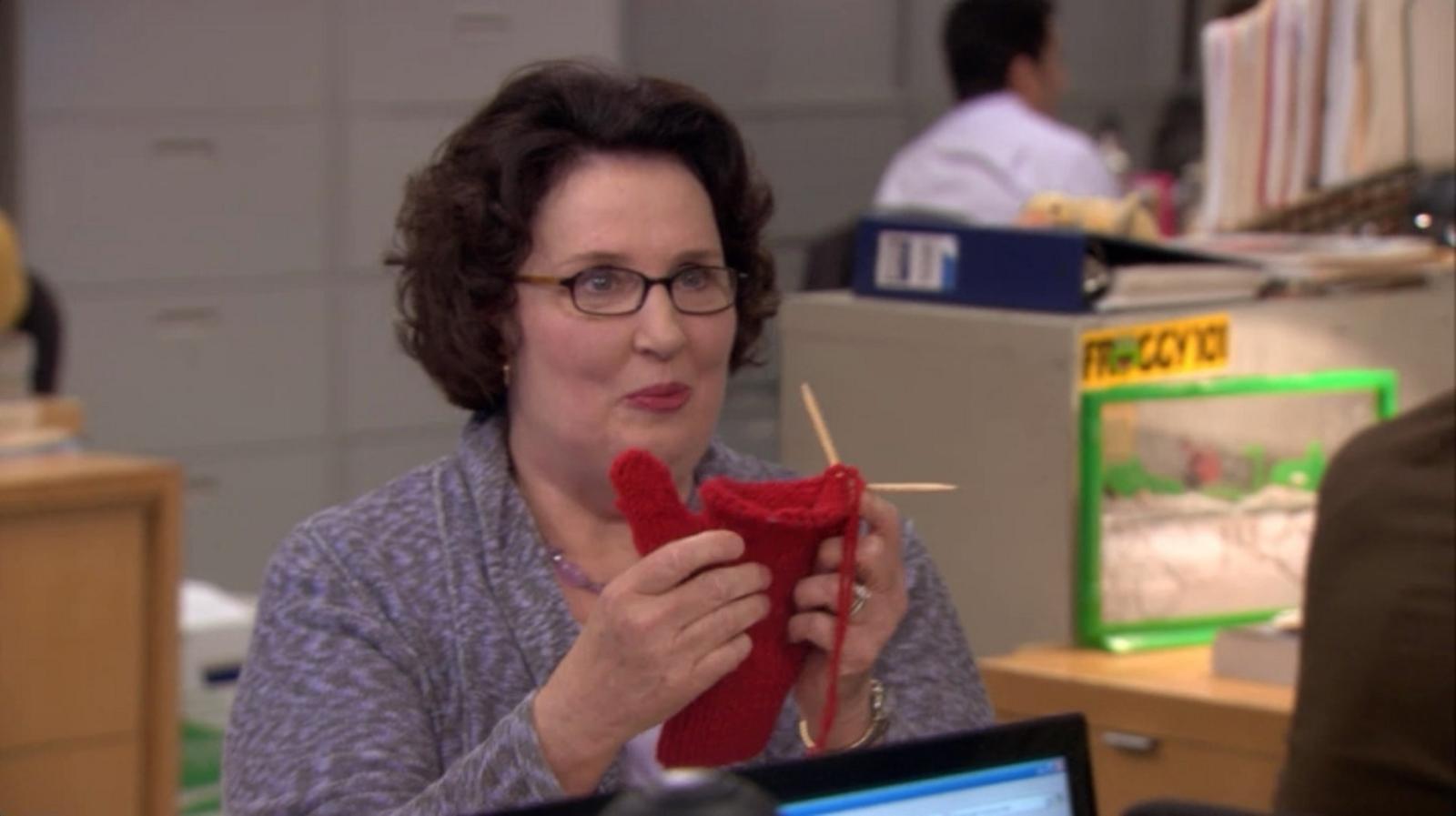 While her motherly nature might have been the source of many of Michael’s running jokes despite being the same age as Michael’s, this is something that I think comes naturally to someone with this particular combination of personality traits. She is happy to take on more responsibility and is generally warm and welcoming, but also one to give it back when the situation asks for it. Phyllis would be our resident ISFJ at the office, something that would also be suggested by her regular struggles for control with Angela over the party planning committee. 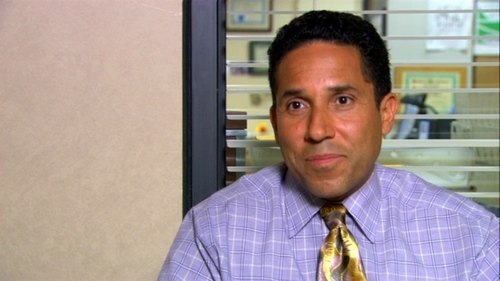 INTJs have an almost compulsive need to be right and to have the upper hand when it comes to know how. Logical and streamlined in their workflow, mostly committed to the assigned jobs too, Oscar Martinez, the know-all accountant, is the perfect embodiment of an INTJ, and the singular voice of reason at Dunder Mifflin and the bearer of all things colour in the office. He needed his due for being among the few people in the office who took his job seriously. 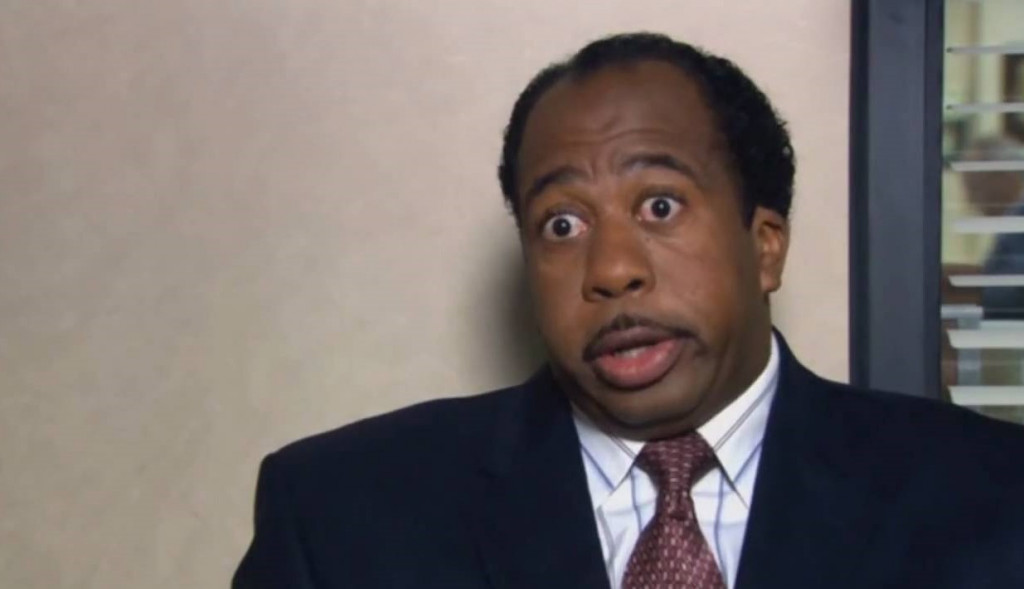 I would like to think of Stanley as a simple man with simple pursuits in life, while also having mastered the art of not giving two sh*ts about anything. One to choose his crosswords over humans any day, in an increasingly confining, moribund setup, his only ray of hope becomes Pretzel day. He is also a caring father, somewhat of a family man, and committed to his work to a considerable degree. He would seem like one of those guys who would like to know where their next pay cheque would be coming from, certainly not being one of the “wild” ones out there, thus completely discounting the “perceptive” part, preferring a well-structured life to uncertainty, any day. He can be uptight too on certain instances, but would seem to enjoy the little breaks. 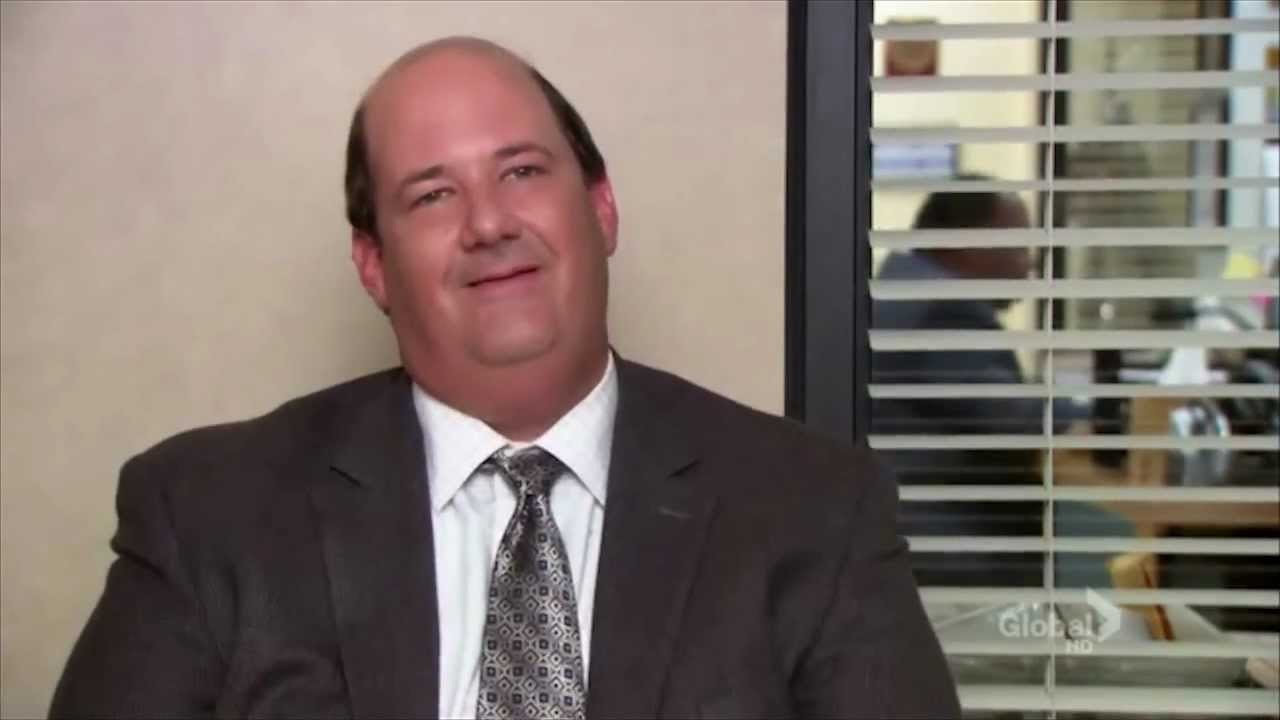 One of the two completely artistic types in the office, Kevin might not initially appear as an artsy person, but he is clearly not the person for his accounting job as well, given that he had to rely on imagining food items when conducting simple arithmetic! Kevin is often characterized, even mistaken too much as a child-like presence which is mostly played out for laughs, but despite his life outside the office being kept remarkably private, I would consider him a strongly introverted presence, emotional and sensitive to the core. Even though Kevin’s best scene would be the chili spilling one, his bits with his band Scrantonicity and playing with Darryl and Andy are among his best “character moments”. 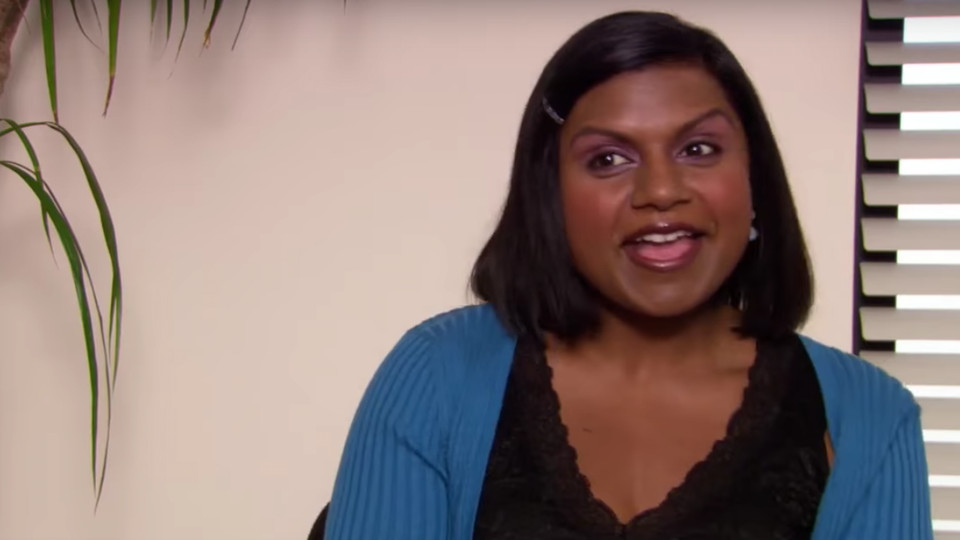 Forever the source of all solicited and unsolicited drama at Dunder Mifflin, Kelly is somebody who can be the life of the party when she needs to, immediately transforming to “the business bitch” moments later. Even though she is one of my favourite characters, I would not deny that she took shrewd advantage of her minority status, and frankly, anything she could to benefit her professionally or to have her way with people, indicating that she is actually a “thinking” type, smarter than what she may initially lay on. The ‘E’ in ESTJ can probably be her middle name. ESTJs are thought to be good with people too, which would explain her long drawn out job at Dunder Mifflin as a customer care executive. Romantically too, ESTJs are characterised by a sort of characteristic ‘over committing’ nature, something that Kelly and Ryan’s off again-on again relationship would clearly embody, and a 100% because of her! 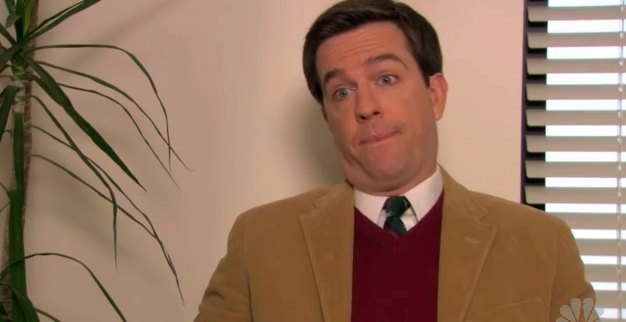 The best term that could possibly encompass everything that Andy was would be showman. If not a salesman, for which he himself realises his acumen wasn’t well suited, he would have been a theatre person, without an iota of doubt. In all regards, he might even be considered talented, but underachieving. The ‘feeling’ part should come across naturally with no need for an explanation, his relationship with Erin being one of the most tender things on the show, clearly bringing out Andy’s emotional side. Career wise, one could not consider Andy as a fine example to look up to, since he clearly struggled with sales, before finally deciding to go on his life changing voyage for good, indicating his ‘intuitive’ methods of planning, more than what would seem sensible and “safe”. He is the performer, and all of Dunder Mifflin his stage! 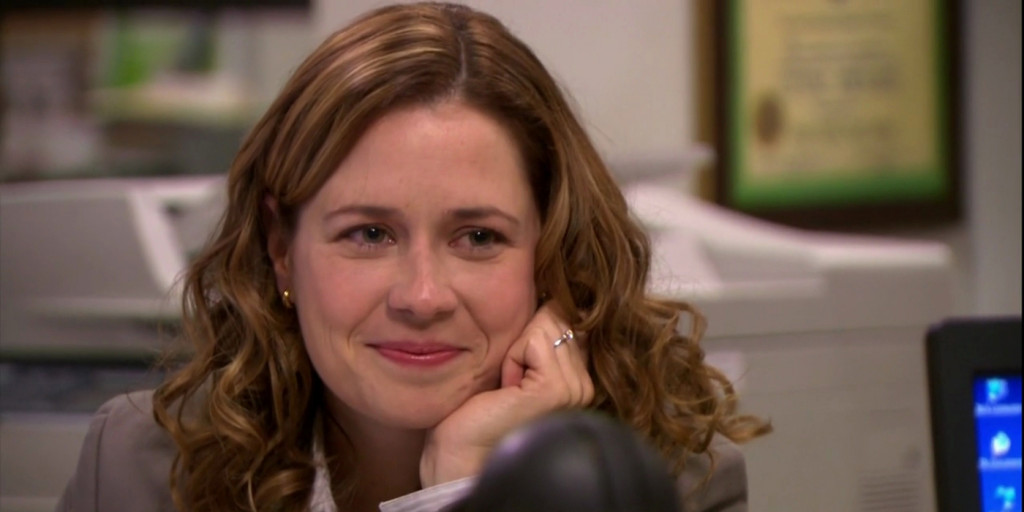 The world should be thankful for the ISFPs, because it’d be a pretty dull place without them! ISFPs are unmistakably artistic people, and Pam would quite literally be that. She might have quit art school upon her second attempt at getting through, but her inherent sensitivity towards things and a very thoughtful, considerate nature are what are actually, truly reflective traits of her artistic personality, more than her art itself. Even while being a receptionist at the office, she is quickly established as a primary presence in the office because of her strong, bubbling personality. Although her sensitive side also makes her emotionally vulnerable, and often a target, ISFPs won’t have it any other way. One of the reasons I am absolutely in love with Pam’s character is how immensely and completely she has grown, from a self-doubting receptionist, to a doting mother and wife, and a happy person overall. 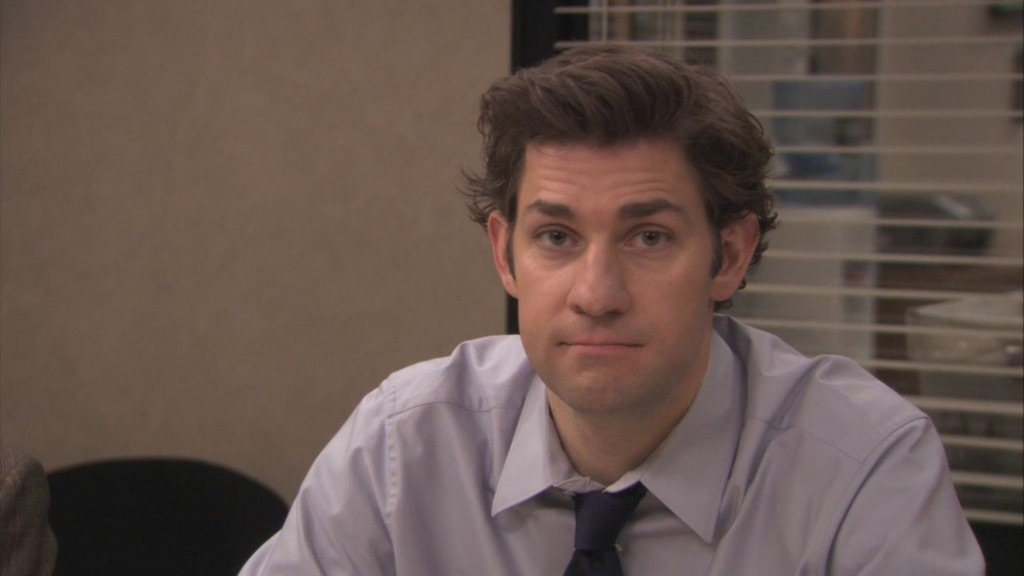 ENTPs are natural born leaders, even if fleeting and easily distracted, which keeps their heads running, and that is something that clearly reflects in Jim whenever he takes up any sort of job where he has to manage people, given he starts taking things seriously. It is also part of the accompanying charisma for them, even when not in a strictly managerial sense, but you’d often find them to be the centre of attraction, even in regular talk. When it comes to decision making and tough choices, I would like to think of Jim as a complete antithesis of Michael, as you will see once you read Michael’s type, also very well reflected in the episodes where they both have different ideas to co-manage the office. The ‘thinking’ instead of ‘feeling’ might miff up certain people, but come to think of it — when he is after a job that he really likes and gives it his all, family does take a back seat for him, including Pam, even if for some time. 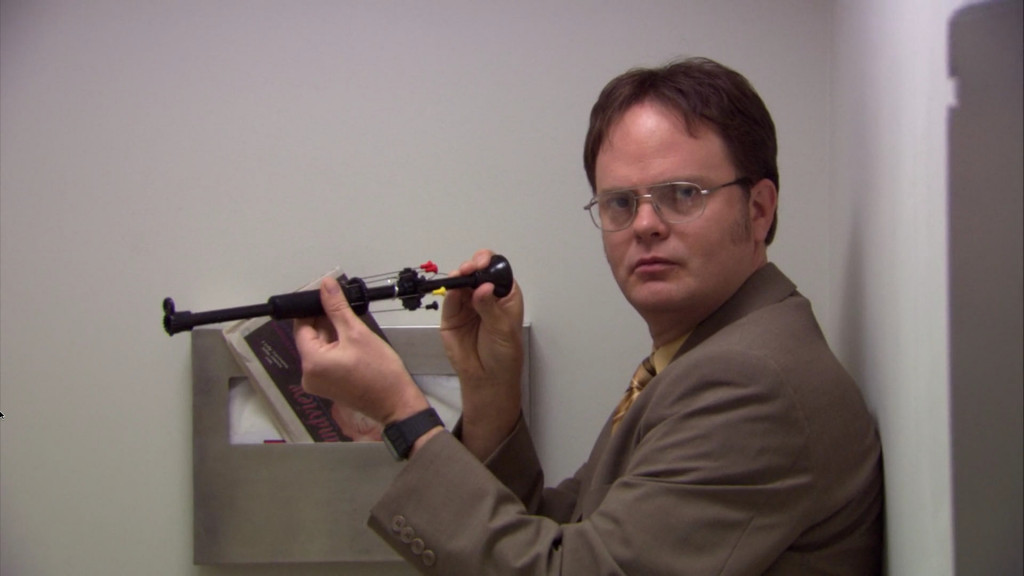 Somebody like Dwight can be mischievously difficult to define and typecast into a psychological construct, given the character’s many shades, save a few major, defining ones. Dwight’s short sighted and far sighted goal at his place of employment, Dunder Mifflin, was to be acting manager, even while he respected Michael’s authority. He is clearly a logical thinker, calculating and intelligently assessing risks and rewards, which is the reason he was the owner of two businesses apart from his regular sales job at the office, and quite a shrewd one. Even his love interests, including Angela, came by not as a result of overtly affectionate behaviour, but through some rationale that only Dwight can explain. Beat that, emotion! Simple, efficient, logical and smart. Come to think of it, Dwight Schrute would characteristically be the exact opposite of Michael Scott with every major trait in opposition. An astute and important observation, even if a certain bunch might agree. 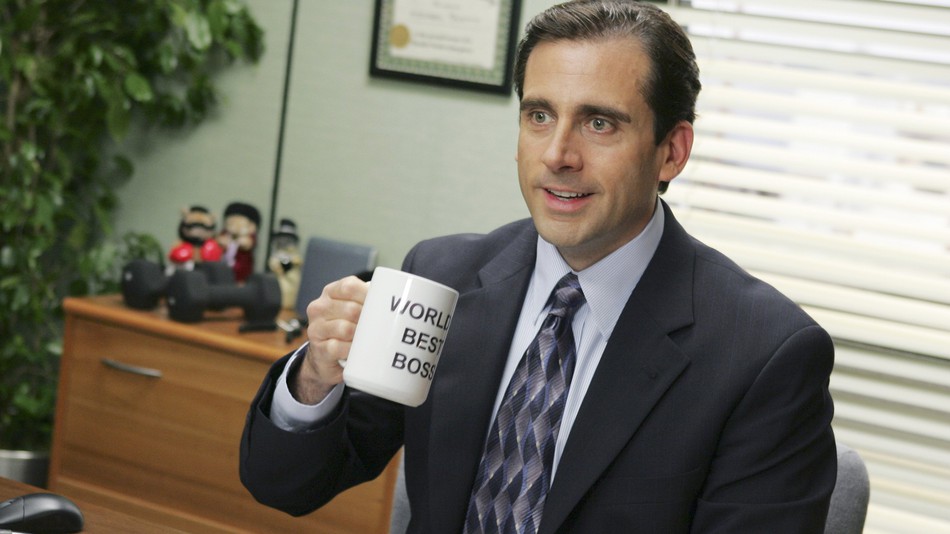 Well, you aren’t a true office fan by any means if you don’t agree that Michael indeed was the “world’s best boss” as his own mug would indicate. ENFJs might not be natural born leaders like Jim Halpert’s ENTP there, but turns out they are pretty solid contenders too. Even in the initial seasons, when it is actually tough for the audience to find ways to love him, ditto for his co-workers, his abilities as a manager were actually instrumental in bringing the office together and surviving crisis, even when I take that bizarre speech he gave to David Wallace when asked about his branch’s success into account.

Michael can obviously be described as a very emotional person, considering the entire office and his staff to be his family. His choice in lovers was erratic before he finally took to his soulmate from outer space, Holly Flax, clearly representing judgment instead of perception. More so, the goals he set for himself, including outpacing China as the world’s super power, the hilarious Scott’s Tots, or running a marathon for finding a cure for rabies, clearly indicate emotion over theoretical sensibility, and farsightedness, however implausible. He is the boss we clearly love to hate and hate to love!