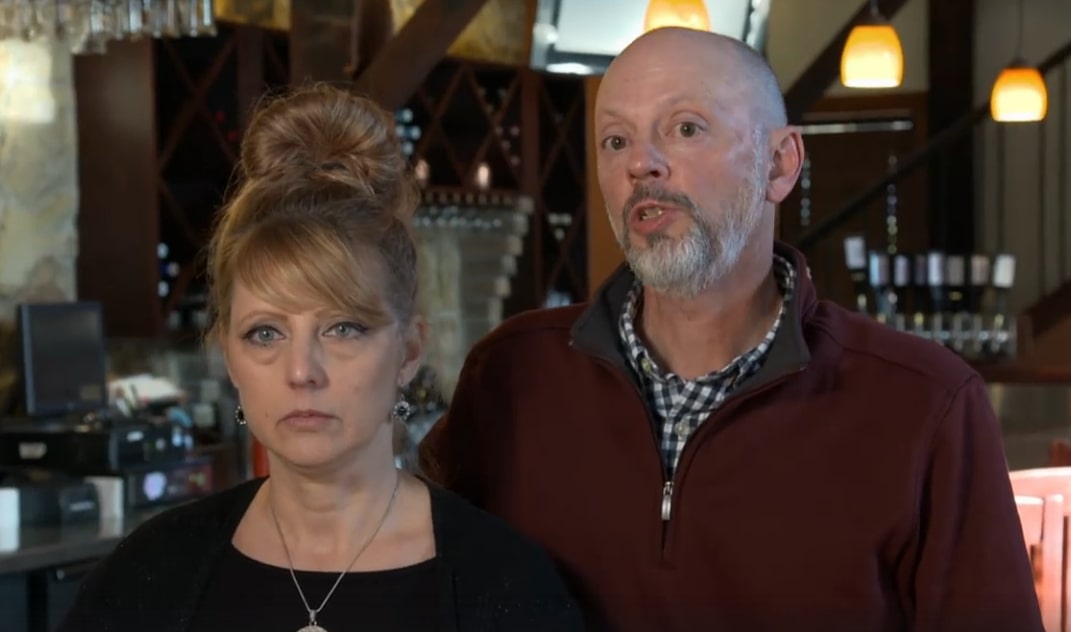 Hosted by celebrity chef and restaurateur Robert Irvine, Food Network’s ‘Restaurant Impossible‘ is an engaging show that takes its viewers to different struggling restaurants across the US as Irvine tries to help them turn their business around. Each episode of the show focuses on one particular restaurant and sees Irvine, armed with $10,000 and decades of invaluable experience, put his expertise to use to try and steer struggling restaurants away from the path to a slow death. In the episode titled “Saving a Piece of History,” the show takes viewers to a quaint little place in Ohio with over 200 years of history. In the episode, Irvine heads out to Garrett’s Mill & Brewing Company, located in Garrettsville, Ohio, which is located to the south of the city of Cleveland.

Housed in a 200-year-old building constructed by Colonel John Garrett III, the restaurant is currently owned by Shelli & Brian Buchanan. Burdened with financial difficulties, the couple’s plans of making the restaurant their bread and butter takes a backseat, and both have to go back to work to make sure they can pay their bills in time. Consequently, the restaurant suffers setbacks and has to deal with a dwindling consumer base.

It is at this crucial juncture that Irvine steps in to try and make sure that Garrett’s Mill & Brewing Company does not grind to a halt.

Garrett’s Mill & Brewing Company: What do they serve?

Unlike specialty restaurants that serve one particular cuisine, Garrett’s Mill & Brewing Company offers a wide variety of delicious foods to complement their house-crafted beer. Many bars serve enough food to accompany drinks, but Garrett’s Mill & Brewing Company provides a full spread with a fine selection of popular dishes from the world over. Co-owner Shelli Buchanan echoed the same in 2018, when she told Record-Courier, “We want to do a wide range of good food. We don’t want to just serve bar food.”

The set menu has quite a few classics like the 8oz Sirloin Steak, Fish & Chips, the Smokehouse Burger, Chicken Parmesan, and several popular preparations of chicken wings. Additionally, the set menu also features some innovative Garrett’s signature dishes like the Pretzel Crusted Chicken and the Mill Burger. However, while all of these dishes above are popular, the frequently offered daily and weekly specials often steal the cake: be it their Chicken Bacon Ranch Beer Battered Chicken Sandwich, their 12oz Delmonico Steak, or their rack of ribs, these dishes look gorgeous and are often picked by eager diners. You can see the steak below.

You can also see the popular shrimp dish that customers love.

Also, of course, Garrett’s serves their house-brewed craft beers, and some popular ones include Garrett’s Gold, River Rat, and Dizzy Deer.

The makeover led by Irvine took place in October 2019 (although the episode was aired later, in 2020). The joint seems to be doing quite well since then. Throughout the makeover, Irvine helped the owners deal with their problems with the chef and also enabled them to remodel the place. Irvine went on to say, “It’s one of my favorite remodels in the history of the show. It’s such a historic building; you have to be very careful how you modernize it, so you maintain its characters.” So it sounds like the veteran restaurateur is satisfied.

If you’re interested in taking a trip to the countryside and enjoying some house-brewed craft beer and delicious food, Garrett’s is open now and offers both indoor and outdoor seating with all necessary precautions for Covid-19. Here’s how precautions have been taken.

A glance at Yelp shows that most reviews post-makeover have been four or five stars with a couple of exceptions. Admirers have praised several aspects of Garrett’s, including their aesthetic, outdoor seating arrangements, their staff, their beer, and of course, their food. The single one-star review since the makeover, however, expresses discontent with the team for their failure to take notice of the reviewer when he visited the restaurant and wanted to order some food.

Yet, Garrett’s Mill & Brewing Company currently holds a decent average rating on Yelp, while on TripAdvisor, Facebook, and Google, it boasts impressive ratings from satisfied customers. One has to conclude that the joint has turned its fortune around after the makeover.