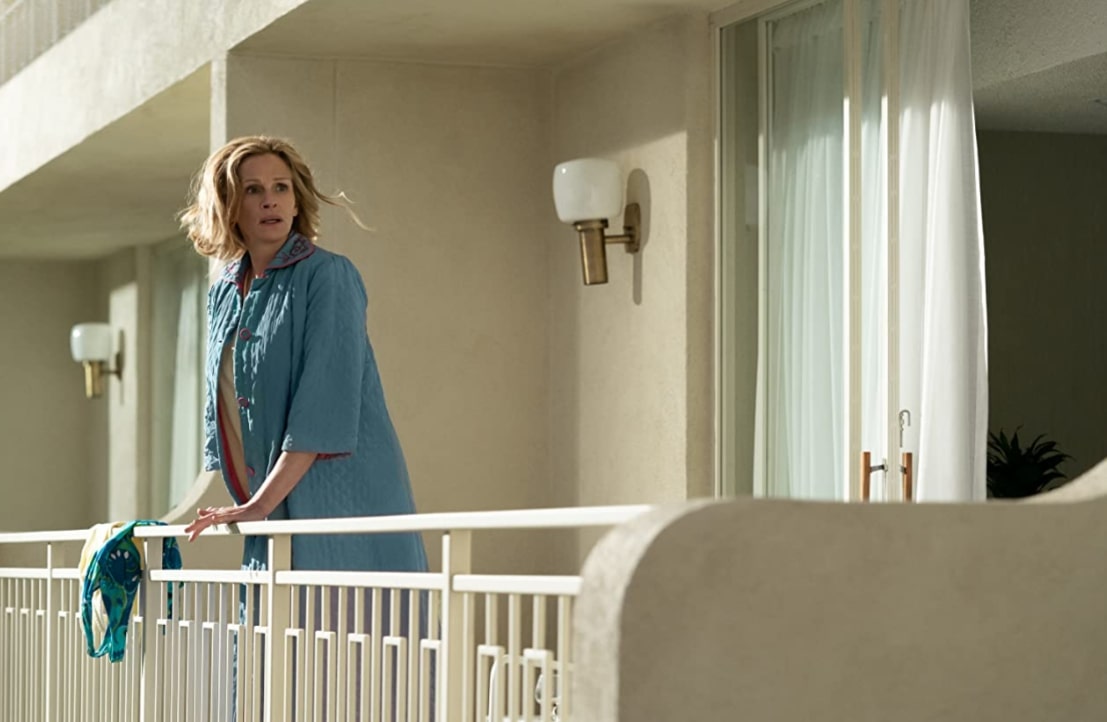 The title of the fourth episode of Starz’s ‘Gaslit,’ ‘Malum in Se,’ is a Latin phrase (plural: mala in se) that refers to an action that is considered inherently evil or sinful — robbery, rape, or murder. It’s immaterial whether the laws of a given society have rendered them illegal or not, human morality regards them as wrong and punishable. On the other side of this concept is “malum prohibitum” (plural: mala prohibita), which denotes an illegal but not necessarily immoral action. Examples of mala prohibita include public intoxication, jaywalking, and speeding, to name a few. There is nothing inherently evil or sinful about these actions, but we don’t do it because the law prohibits it. Both mala in se and mala prohibita are extensively used concepts in western law.

In this episode, Judy Hoback recalls to agents Lano and Magallanes an unsettling conversation that she had with her boss at the time, Liddy (Shea Whigham), involving the aforementioned concepts. Liddy seems to think what he and his co-conspirators did is malum prohibitum. But it was spurred by corruption at the highest level of the US government. And if political corruption underscores anything, it is the moral decay of everyone involved. That’s malum in se. Here is everything you need to know about the ending of ‘Gaslit’ episode 4. SPOILERS AHEAD.

As the fourth episode begins, two months have passed since the break-in. Dean (Dan Stevens) apparently has become one of Nixon’s closest aides. As he enters the Oval Office, he passes Alexander Butterfield, the former United States Air Force officer whose real-life counterpart would tell the world about the White House taping system during the Watergate investigation. We even get a glimpse of it in this episode. Meanwhile, Martha (Julia Roberts) suffers from what seems like PTSD after what happened to her at the Californian hotel. John (Sean Penn) outwardly claims that he is happy to leave the Nixon administration. However, late at night, when he thinks that everyone else is asleep, Martha spots him watching Nixon’s speech. As for Marty, she seems to have developed an underage drinking problem.

As the investigation continues, Liddy and Howard are arrested. McCord meets them in secret during the trial and tells them that the President should intervene on their behalf. Later, Liddy waterboards McCord and warns him against betraying the higher-ups in the conspiracy. In his mind, he and the rest are pawns in the great game of politics and power. And he is perfectly happy to sacrifice himself and the others for Nixon. During sentencing, Presiding Judge John Sirica makes it clear to Liddy, Howard, and the five burglars that he knows that they didn’t act alone and sentences all of them to 30 years in prison. However, he also announces that the court will reconvene in two months to finalize the sentencing, effectively giving the defendants time to consider their options.

Dean is told to take care of the FBI investigation. He acts as the lawyer for every employee of the CRP when Lano and Magallanes come to interview them. However, Judy later meets up with the agents and tells them about Operation Gemstone. L. Patrick Gray unsuccessfully tries to bury the investigation. Mark Felt, the Associate Director of the agency, is present at every meeting between Gray and Lano and Magallanes. He begins supplying information to Bob Woodward of the Washington Post. While attending the 1972 Republican National Convention in Miami Beach, Florida, Dean is threatened by Ken Dahlberg, the man who sponsored Operation Gemstone. Mo effectively breaks up with him over the phone. Feeling deeply disillusioned with how his career has turned out, Dean pays Mo a visit.

Gaslit Episode 4 Ending: Why Does Martha Start Defending John to the Press and Blame Nixon?

Even though John says he quit the CRP (his detractors say he was fired), the family stays at the Watergate Complex in Washington, though both Marty and Martha indicate that they prefer to return to New York. Martha deals with the trauma stemming from the physical and psychological abuse during her captivity. John wants to move on from all that. Martha meets Winnie McLendon, who urges her to make her side of the story public. Peter, her abuser, has already gone to the press and stated that nothing that Martha claims happened. But Martha refuses Winnie’s suggestions. She is now back with her family, and her husband wants to put the entire ordeal behind them.

However, when Martha sees him glued to the television while Nixon gives his speech, she realizes that John is still loyal to the president. In the context of the show, Martha begins claiming that John was made a scapegoat because she wants to force her husband to choose between his family and Nixon. She also speaks to the press to assert what she knows as truth.