Where Was Gaslit Filmed? 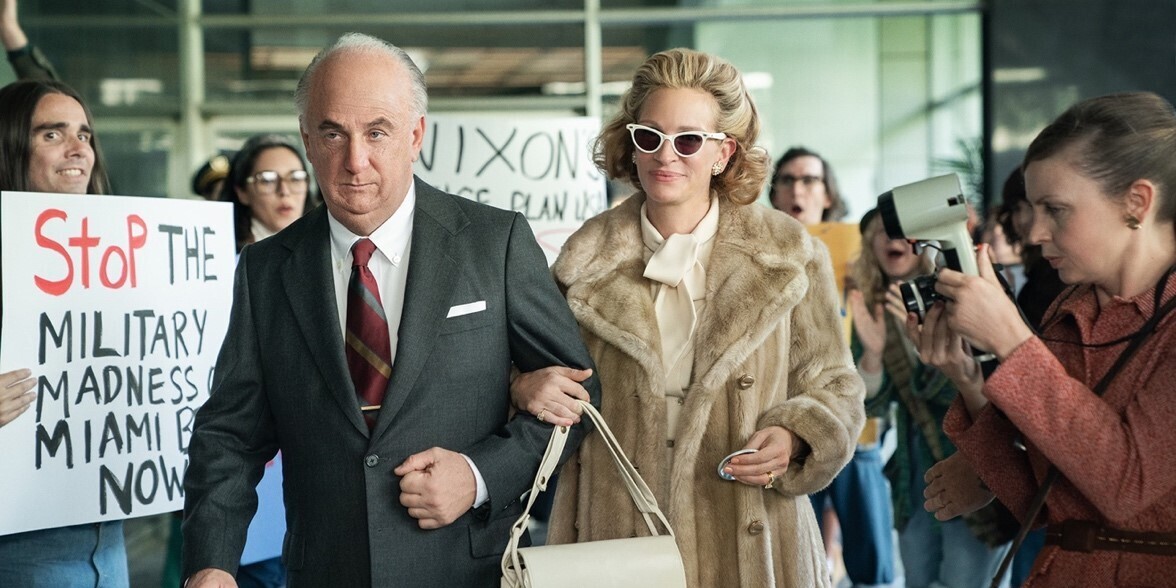 With Julia Roberts and Sean Penn headlining the cast, ‘Gaslit’ is a political thriller limited series that attracts due to its combined charm of stellar acting, brooding screenplay, and sheer production value. The story, which borrows from the inaugural season of Leon Neyfakh’s podcast ‘Slow Burn,’ revolves around the Watergate Scandal that unfolded during the presidency of Richard Nixon.

As per creator Robbie Pickering, the story is not an overcorrect documentation of reality, but it holds many untold stories from whistleblowers, Nixon’s subordinates, and zealots, ultimately revolving around Martha Mitchell. The Starz original series garnered much fame and recognition, with special mention of Roberts’ performance. The story unfolds all over the place, from Nixon’s cabinets to shady offices, but you may wonder where the series was filmed. If the question has indeed cropped up in your mind, let us put an end to the qualms.

‘Gaslit’ was filmed in locations in and around the US, especially in California. Filming commenced in May 2021, coming in the can by late 2021. California gives it a rather slick makeover, and due to the spacious state-of-the-art studios, it is often a prime choice for filmmakers and producers. Due to its involvement in the history of cinema, the western state of California has established itself as a pivotal junction of the global film industry. Moreover, the state government entices the producers and filmmakers to visit the state by offering lucrative tax credits. Let us now take you to the specific locations featured in the show.

Almost all of the filming took place in and around Los Angeles, a sprawling metropolis and a central global movie production hub by the sun-soaked West Coast of the country. The ideal weather and the abundance of landscapes, from shrubby deserts to mountains in the nearby places, have made Los Angeles a place that can fulfill all sorts of production needs.

Moreover, the state-of-the-art megastudios feature everything necessary for the smooth operation of productions. The cast and crew filmed all over the city while setting up a base at the Universal Studios Hollywood. The iconic movie production facility is located at 100 Universal City Plaza, in the unincorporated Universal City suburbs, in the San Fernando Valley area of Los Angeles County.

As one of the oldest and most iconic studios in the state, the 29 stages of the studio are fully equipped to handle all degrees of production. From shows like ‘Seinfeld‘ and ‘House’ to movies like ‘Inception‘ and ‘Once Upon A Time in Hollywood,’ the studio has housed a vast number of productions since its early heydays. They also seemingly visited a gift shop in the area called Birch Bark, where Hamish Linklater was spotted. Moreover, filming went underway in and around the residential suburbs in the district of Hollywood. Several scenes were seemingly shot in Burbank.