Is Gayle King Married? Does She Have Kids? 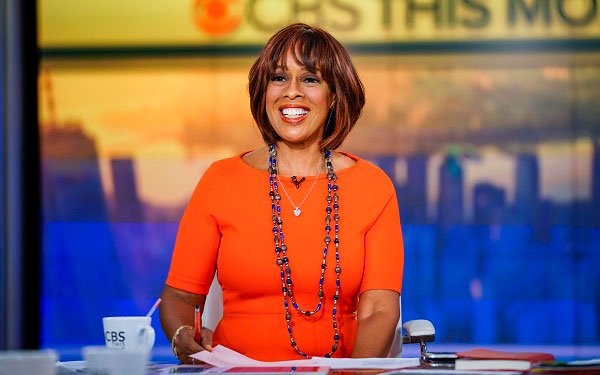 Gayle King is an American television personality, author, and broadcast journalist. She is most known for being the co-host for CBS‘ flagship morning program titled ‘This Morning,’ since its inception in 2012. The professionally trained reporter is the long term best friend of Oprah Winfrey and is also an editor-at-large for her magazine, O, The Oprah Magazine.

Born on December 28, 1954, to Peggy King and Scott King, in Chevy Chase, Maryland, Gayle spent a majority of her childhood years in Ankara, Turkey, before the King family all moved back to the United States. The psychology graduate from the University of Maryland has made a name for herself as a successful journalist and TV personality and currently lives in New York City with her family.

Although currently single, Gayle King was married once before. In 1982, she got married to William Bumpus, assistant attorney general in Connecticut. But, 11 years later, in 1993, the two got divorced after Gayle found him in bed with one of her friends and subsequently filed for divorce.

Gayle has always been vocal about the fact that her marriage broke apart due to infidelity. In fact, on a few different occasions, she has mentioned the events that led to her divorce. In a Vanity Fair Proust Questionnaire, when she was asked who the person she most despised was, she replied with “I’m not a huge fan of the woman who I caught naked with my now ex-husband on June 24, 1990, at 9:16 p.m., but I don’t remember the details.”

Oprah Winfrey – Gayle’s maid of honor and the person who described her as “the mother, sister, and friend I have always wanted and needed” – sat down with Gayle as a part of her 2020 Vision Tour with WW and the two talked about their friendship and her married life. During this interview, Gayle revealed that she had tried to make things work with her husband after the incident, but she couldn’t see past the betrayal.

She explained how she’d been on a trip with her kids, but when the airline changed their flights, they ended up coming back home a day early. “He was not expecting to see me, and I wasn’t expecting to see her,” she said. She also added that she had no suspicion that her now ex-husband had been cheating on her. “They were both nude, by the way, so I even had to see that,” she added. Following this, nothing could make her marriage work with William, not even marital counseling.

Gayle King has two kids, both with her now ex-husband. A daughter by the name of Kirby Bumpus, and a son, named William Bumpus Jr. She shares a lot of posts with and about her children on her social media to show how proud she is of them. Gayle even affectionately calls them “favorite daughter” and “favorite son.”

Even though Gayle and William’s divorce happened under messy circumstances, they had decided to co-parent so that their kids could have the helping hand of a mother as well as a father. During the same Oprah interview, Gayle explained, “You have to love your children more than – as much as you dislike him and are really very angry at him, you have to figure out a way to, you know, navigate that. And I’m happy to say, knock on wood, that we can actually, you know, be friends and have a civil conversation.”