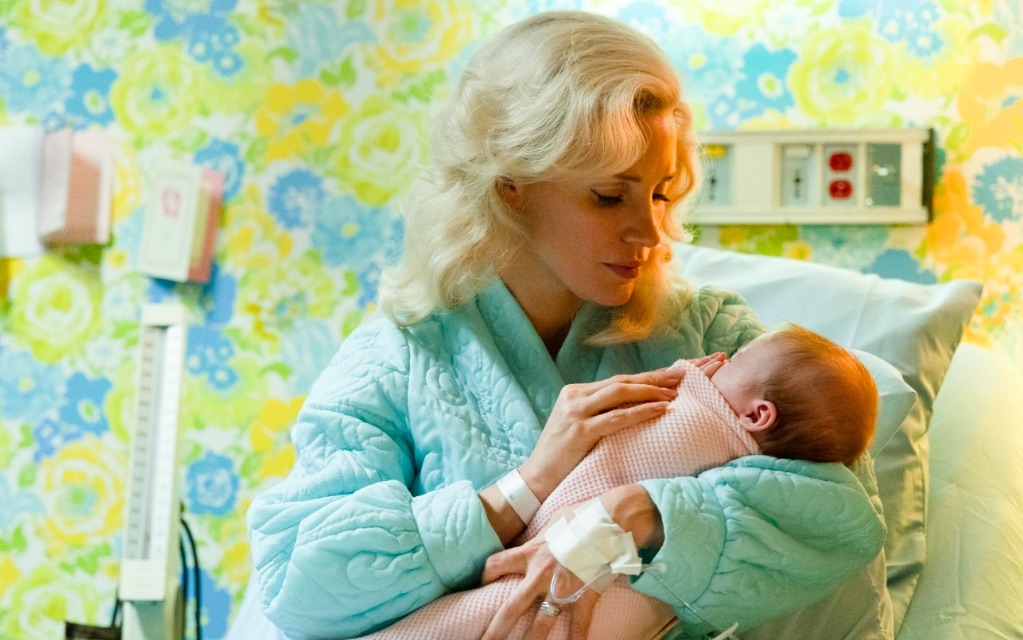 Showtime’s ‘George and Tammy’ begins the third chapter of its story on a high note. Following the brief spell of problems in the early days of their marriage, George Jones and Tammy Wynette are now settling into the happy days of their lives. However, their story was never meant to have a happy ending, and things go downhill pretty fast. By the end of the episode, both George and Tammy find themselves struggling to keep up with their stardom and success, while holding on to each other and keeping their family together, especially with the arrival of their daughter. The final scene of the episode gives us a sense of where the story is headed. Here’s what it means for George and Tammy. SPOILERS AHEAD

At the beginning of the episode, George and Tammy are found having the time of their life. Their songs win the hearts of the audience and their records sell in huge numbers. They also receive critical acclaim, along with one award after another. They are officially the President and the First Lady of country music, and professionally, everything looks sorted out. On the personal front, too, things have never looked better. With a baby on the way, George cleans himself up and maintains a distance from alcohol. Their house is all renovated and redecorated, and everything is neat and tidy in their marriage.

When the baby arrives, they find out that due to complications during childbirth, the doctors had to give a hysterectomy to Tammy. This dampens their happiness a little, but they try to get past that and focus on their daughter. Despite her willpower to keep going, Tammy is unable to deal with the physical pain. The doctor advises her to rest, but she can’t ignore the commitments that have already been made. Instead of taking a step back from her career, she doubles down on the painkillers to stay on her feet. George, however, finds the task increasingly difficult.

With the arrival of his daughter and everything being calm and settled at home, George feels like stepping away from the limelight. He doesn’t show up at the recording sessions and despite the huge deal about their concert in Vegas, doesn’t feel up to the task. He expresses his desire not to perform at the concert, but Tammy tells him that the tickets have already been sold and that if they don’t perform, they’ll owe a huge sum of money to the organizers. This pressure gets to George and, in a moment of weakness, he takes to alcohol again.

The final scene of Episode 3 has George taking a sip from a hip flask and Tammy popping a pill while taking care of her baby. Both of them are ready to perform for their next show, and when they see each other, there is a smile on their face, but it is clear that they are both concealing their own addictions from each other. This scene lays the foundation of what’s to come in George and Tammy’s relationship. Things were good for a while, but they are only going to go downhill now.

There had always been troubles in George and Tammy’s love story. From their previous marriages to George’s addiction, one thing after another rolled out for the couple and they tried to brave these storms. One of them needed to be the support system, and it would fall on Tammy to be that person. In this episode, however, she meets with her own share of problems and finds herself lacking the same support that she provided to George.

In one scene, Sheila tells Tammy that this is the longest that George has gone without alcohol, and he also seems happier than he was before. She praises Tammy for being the magic that did this wonder. While Tammy remains humble, there is no doubt about the fact that she was the string tying everything together for George. Throughout the episode, we find her continually supporting her husband and calming him down when he lashes out. And yet, she finds herself alone when she needs him to play his part.

George not showing up for the Vegas concert makes her recalibrate the dynamic between them. He is still the bigger name, but Tammy has a way of commanding the room even when it looks like the whole thing is hopeless. The more confident she becomes on the stage, the more George seems to shy away from it. The whole thing gets so overwhelming for him that he resorts to alcohol to find his footing again. We see the same cycle restarting with him, and this time around, it is going to be even more difficult for him to get back on the wagon.

While George struggles with alcoholism, Tammy unintentionally develops an addiction of her own. Her drive to keep performing even when her health is not up to the mark makes her dependent on pills to function properly. She is continuously in pain, one that will take a few surgeries to assuage, but for now, the show must go on and Tammy finds that the pills help in that matter. She knows full well that they are not the remedy to her situation, and in the long run, they will cause more harm than help her, but Tammy doesn’t have the same support system that she was to George.

Now both Tammy and George are individually, and rather silently, dealing with their problems. This already creates a distance between them, one that doesn’t allow them to see what the other needs, especially George. He is too wrapped up in his own problems to see that Tammy is going through something terrible, and with him not by her side, she will eventually have to figure out a life that doesn’t include him. With the first half of the show wrapped up, the honeymoon phase of George and Tammy’s relationship is done with too.