Who is Giraffe on The Masked Singer? 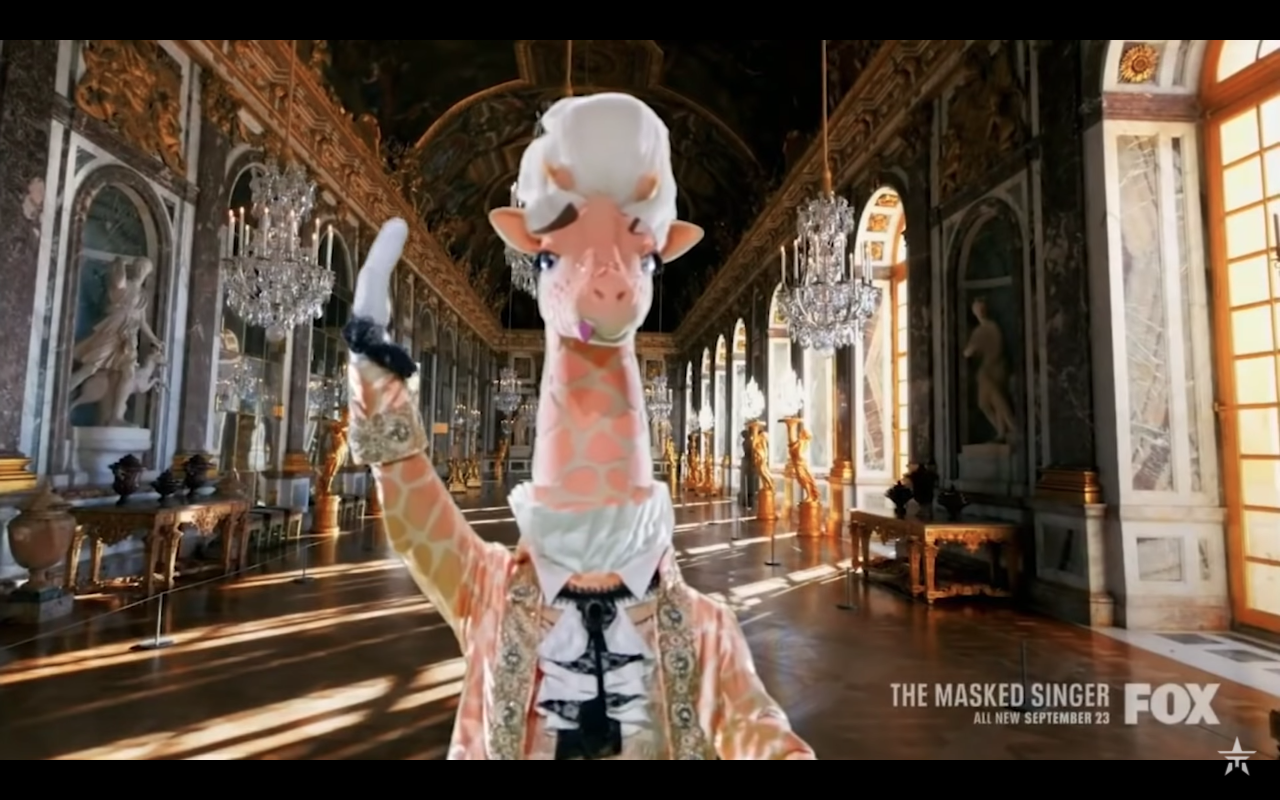 A singing competition that features celebrities performing in costumes? Well, you must be thinking of Fox’s ‘The Masked Singer.’ The participants give some rather entertaining performances without revealing their identities until their elimination. In fact, even the judges are unaware of who is who, and that is exactly what makes this show, so fun to watch. Ever since the costumes for season 4 were revealed, we have been wondering about the lineup. Let’s try to guess who will be singing as Giraffe.

Hailing from the Savanna desert, Giraffe is actually quite a poised character. In fact, the 8 feet costume is the tallest in the history of ‘The Masked Singer.’ Inspired by couture fashion, it uses beads and iridescent stones to complete the look. The style is ancient but reminiscent of royal courts, and Giraffe himself looks very dignified. The contestant is ready to set the stage on fire with his performance and is pleasantly self-assured. The big clue given about Giraffe’s identity is that he has something in common with a “giant.” The New York skyline is also seen. (Skip to 1:35 to see Giraffe’s reveal).

Right off the bat, it seemed that this participant could actually be an athlete. Initially, we recalled the former professional football player turned TV host, Michael Strahan. But then, we came across a video where he sang Shallow from ‘A Star is Born,’ and we felt that we needed to shift our focus elsewhere. The former quarterbacks Peyton and Eli Manning were considered as potential candidates, but a clip of them doing karaoke swayed our opinion. Moreover, it seemed that the connection to the New York Giants may have been a bit too obvious in the latter’s case.

Therefore, our best guess after cautious deliberations is that Jonathan Groff dons Giraffe’s costume. He moved to New York back in the day to pursue his acting career. He also has a panache for performing on stage, and we know this due to his portrayal of King George in the extremely popular musical ‘Hamilton’ till 2016. The baroque era costume that Giraffe wears could also be a nod to how the character in the musical dressed.

Apart from this, his acting chops are also visible in the Netflix show ‘Mindhunter’ and ‘Glee.’ A tweet also suggested that a Giants in the Sky performance by Jonathan was to be shown on ‘Glee,’ but it was eventually scrapped. It must also be noted that Jonathan is a Grammy winner and has been nominated twice for a Tony Award. Considering that the contestants have a combined 46 Grammy Nominations to their name, the actor definitely fits the bill. Therefore, we believe that, as of now, Jonathan Groff is Giraffe.