Is Glory a True Story? 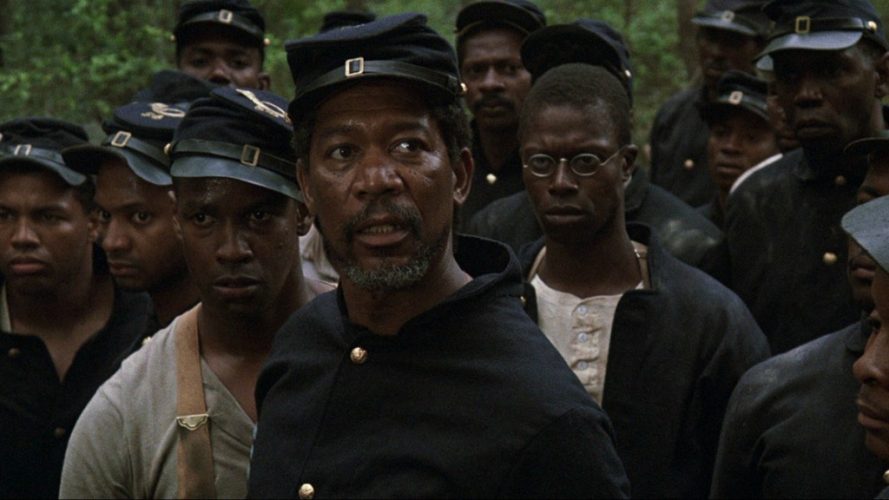 ‘Glory’ is a war drama that tells the story of a group of brave men who decided to undertake a seemingly impossible task and gave their all to it despite knowing that they will most probably fail. Starring Matthew Broderick, Denzel Washington, Cary Elwes, and Morgan Freeman, the Academy Award-winning film focuses on a regiment of African-American soldiers serving during the Civil War. The film was a landmark war movie for several reasons, but it also makes us wonder if it is based on true events? And if yes, how close does it come to reality? Here’s what you should know about ‘Glory’.

Is Glory based on a true story?

Yes, ‘Glory’ is based on a true story. Writer Kevin Jarre based the screenplay on the books ‘Lay This Laurel’ by Lincoln Kirstein and ‘One Gallant Rush’ by Peter Burchard, along with the personal letters of Shaw. It tells the story of the people serving in the 54th Massachusetts Infantry Regiment, which is credited as the second African-American regiment to have served in the Union Army during the American Civil War. The film aims to bring focus on the service of African-Americans during the Civil War, and any other war for that matter, considering how few the number of war movies centered on black characters are.

In the Civil War, more than 180,000 African-American soldiers had served the Union as the part of a segregated branch of the military called the United States Colored Troops. Hundreds of others had contributed in many other ways. However, serving their country didn’t stop the racism that the soldiers had to face. The film gives some time to this facet of the story, and while the portrayal of certain events might not be entirely real, the overall message of it remains true. For example, in one scene, Denzel Washington’s character Private Silas Trip is flogged as a punishment for his actions. However, before the 54th was formed, it had already been two years since flogging had been abolished in the US Army.

‘Glory’, in particular, focuses on the Second Battle of Fort Wagner, an event that took place on July 18, 1863, where Colonel Robert Gould Shaw led six hundred men against the Confederate-held post. While the film depicts a real story and tries to stay as close to the facts as possible, it also takes some artistic license, altering certain details in the story. Starting with Shaw, the film shows that he instantly accepted the offer to command the 54th, while in reality, he had been initially hesitant about it and had given it a lot of thought before accepting the offer. His hesitation might also have been because of the prejudice that the white officers commanding black regiments had to face from their peers. In the same vein, the movie also shows that Shaw had immediately offered to have his unit attack Fort Wagner. The process, in reality, took a little more time and thinking as compared to it.

Another detail that the movie takes a lot of liberty with is the African-American soldiers. Unlike Shaw, none of these characters are based on real people. They are a representation of the ones who would have served in the regiment, but one can’t pinpoint them in history as they can Shaw. The film also implies that the regiment mostly had former slaves as soldiers. In reality, almost all the men had been free, and some came from rather well-to-do families.

Then there are some trivial details like the attack on watermelons, which wouldn’t have been feasible considering the weather at that time. There is also the case of Christmas 1862, which couldn’t have happened since the regiment was formed in March 1863. But whatever realistic character the movie gives up in these places, it makes up for in others. For example, the instance where the regiment refuses to accept lower pay than their white counterparts is very real. The film has also given special attention to the final war scene. The soldiers charging into a hail of shells down a narrow strip of beach at dusk is a very realistic depiction of how things actually happened. There is some discrepancy regarding the direction the soldiers advance in the film and how they would have in real life, but overall, everything is pretty much by the book.

‘Glory’ also captures the sad aftermath of the attack. The 54th lost that battle, and many, along with Shaw, were killed there. The fallen were buried in unmarked graves. The film comments that Fort Wagner never fell to the Union Army, but that is incorrect. In reality, the Confederates eventually abandoned it in September 1863 for the fear of it getting captured by the Union Army who had been continually shelling the place.