Glow Up Season 4: Where Are the Contestants Now?

‘Glow Up: The Next Makeup Star‘ is an exciting competitive makeup reality show that aims to crown the best makeup artist by bringing in contestants and having them fight it out for glory. Interestingly, not everyone who participates is a professional makeup artist. Moreover, though the contestants come from all walks of life, they develop a close bond living together and participating in increasingly complex challenges. These rounds are designed to test each contestant’s technique and skill, among other things, and with the show carrying out periodic eliminations, the last one standing is crowned the winner.

Season 4 of the British reality series introduced us to a diverse cast of contestants and brought with it loads of drama, thrilling face-offs, as well as some memorable interactions. Nevertheless, with the cameras now turned away, fans are curious to find out what the cast is up to. Well, let’s find out, shall we?

Where Is Charlie Carter Now?

Although a promising contestant in season 4, Charlie Carter came close to elimination at the end of the first challenge and then chose to leave the show on their own accord. Interestingly, Charlie mentioned they were working as a debt collector before one of their TikTok videos went viral in April 2020, propelling them into the spotlight and providing an opportunity to appear on the reality show.

Nevertheless, once filming wrapped, Charlie seemingly returned to the town of Telford, where they have built up a wonderful life surrounded by family and friends. Moreover, the reality star is a doting dad to their adorable daughter and mentioned that since the viral TikTok video, they have been pursuing a full-time career in content creation.

Where Is Adam Blends Now?

A post shared by ADAM BLENDS | GLOW UP SEASON 4 (@adamblends)

Despite Adam giving his hundred percent on the show, his efforts eventually fell short, and he had to bow out in the 9th position. Once filming ended, Adam fell back into his daily routine and is now wholly focused on taking his career to new heights. Apart from working as a freelance makeup artist based in Liverpool, he tutors people interested in the art and is looking forward to taking his business worldwide.

Where Is Mikaél Frimpong Now?

A self-taught makeup artist, Mikaél mentioned that he used to work as a Loss Prevention Officer before coming onto the show. While a few of his creations managed to completely wow the judges, he was ultimately bested and had to bow out in 8th place. From the looks of it, Mikaél returned to his everyday life in London post-filming and is still earning a living as a Loss Prevention Officer.

Nonetheless, Mikael mentioned that makeup has always been a way to express his creativity and be who he wants to be. Thus, the London-based makeup artist has continued honing his art and often uploads pictures of his incredible creations on social media.

Where Is Sophie Gouk Now?

Sophie’s cheerful personality and determined attitude made them a fan-favorite contestant in season 4. Unfortunately, their skills eventually fell short in the fourth episode, and the talented makeup artist exited the show in 7th place. At present, Sophie is based out of London and has made quite a name for themself in the makeup industry as an MUA, creative director, and model. While they specialize in SFX, creative prosthetics, and music videos, Sophie’s creations have been featured in several prestigious publications, giving them the fame they deserve.

Where Is Ryan Beaumont Now? 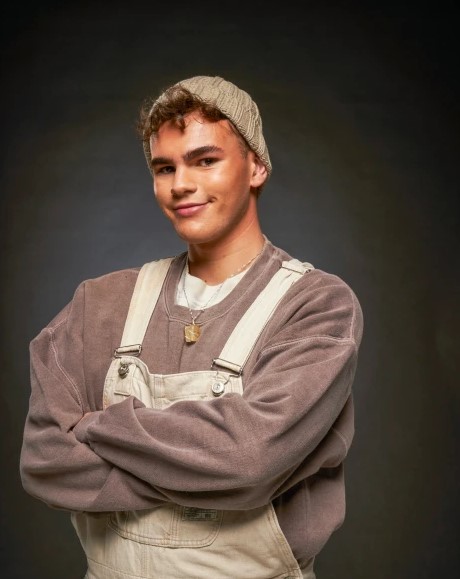 Ryan Beaumont breezed through the show’s early stages and was pretty confident in his skills. Unfortunately, he ended up in the bottom two and was subsequently eliminated in 6th place. Currently, Ryan is based out of Bolton, where he works as a professional makeup artist. From the looks of it, he specializes in SFX and monster makeup, although the reality star is also quite proficient in sculpting and character design. Besides, he has taken his craft worldwide and is determined to achieve further success in his career.

Where Is Rachel Makoni Now?

Rachel seemed to have quite an impressive run on the show and was even judged the winner of two consecutive challenges. Surprisingly, in episode 6, she found herself in the bottom two and was eventually eliminated in 5th place. Interestingly, at the time of filming, she was working with UDG Healthcare as a Pharmaceutical Sales Representative.

A post shared by Rachel | Glow Up S4✨ (@beatbyrache)

Luckily, appearing on the show propelled Rachel into the spotlight, and since then, she has gained an immense online fanbase allowing her to take up full-time content creation with Makeup Revolution. According to our reports, she currently resides in the Greater Leicester Area and is wholly focused on furthering her career.

Nancé had a slow start to the season, but she gradually picked up steam and became a force to be reckoned with. However, as fate would have it, the talented makeup artist failed to make it into the top three and was eliminated at the fourth position. Once filming wrapped, Nancé returned to London, from where she operates her business as a freelance makeup artist.

Interestingly, Nancé is quite well known in the industry and has a decade’s worth of experience as a makeup artist under her belt. Furthermore, fans would be delighted to know that her talent hasn’t gone unnoticed, as her work has been featured in prestigious publications including Vanity Fair, Glam Africa, Rolling Stone, and Elle, among others.

Where Is Kris Cannon Now?

A post shared by KRIS CANNON • GLOW UP S4 (@cannon.fx)

An incredible makeup artist in his own right, Kris proved quite an efficient contestant and was one of the favorites to win it. However, he was bested in the season finale and had to bow out in the third position. Interestingly, Kris has been an experienced makeup artist for a long time, but he learned the use of prosthetics during the lockdown and has grown quite adept in the process. Currently, he resides in London, where he earns a living as a counter makeup and SFX artist.

Where Is Lisa Street Now?

A post shared by Lisa Street | GLOW UP S4 ✨ (@lisaartistryy)

Lisa proved her mettle through her brilliant performances on the show and only fell short in the season finale. As a result, she had to bow out and accept her position as a runner-up. At the time of filming, Lisa was working as a teacher based out of Essex, and while she seems to have returned to her hometown post-filming, the show gave her enough exposure to make it big as a makeup artist. On the other hand, Lisa fills up her social media accounts with her wonderful creations and has a significantly large following on TikTok as a content creator.

Where Is Yong-Chin Marika Breslin Now?

Yong-Chin took the competition by storm and proved her worth as a top-rung makeup artist on the show. Eventually, it came down to three finalists, and after deliberations, the Scotland native was declared the winner of ‘Glow Up: The Next Makeup Star’ season 4. Once production wrapped, Yong-Chin returned to Sutton, England, from where she runs her freelance makeup business.

Moreover, Yong-Chin still conducts her business as a freelancer, yet she is popular in the industry and has received outstanding service reviews. The Sutton resident is interested in working with extreme beauty and fashion prosthetics and has been planning to move to New York City for international exposure.

Read More: Glow Up Season 3: Where Are The Contestants Now?