Gods and Monsters: Everything We Know 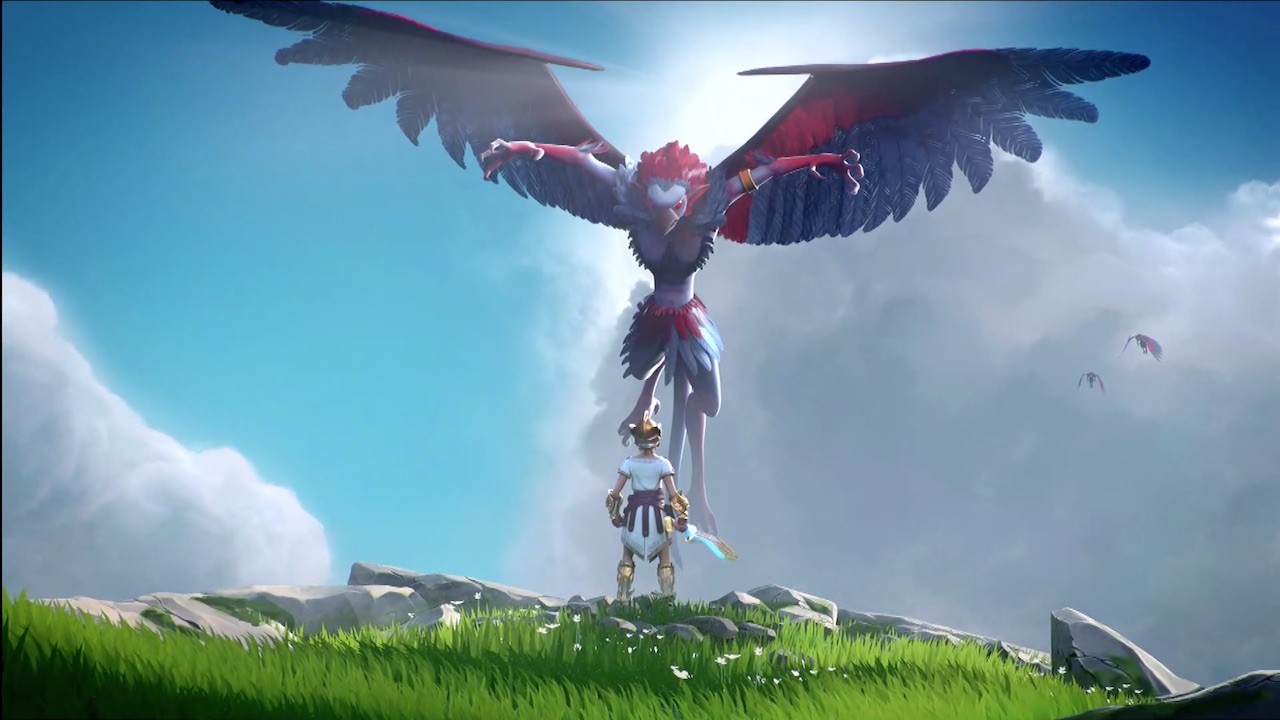 While the recent explosive ‘God of War’ deep dived into Norse mythology and moved away from the Greek mythology and gods that formed the basis for the first three games, Ubisoft’s latest will find itself set within that very mythology, among the Greek gods and lands of legend.

‘Gods and Monsters’ was announced at the E3 2019, and immediately caught some eyes despite being a completely original game and not a sequel, and apart from the trailer that was premiered, one of the primary reasons why it is still generating the buzz that it did is its distinct, colourful, painter-ly style of visuals, one that would instantaneously appeal to younger audiences and intrigue older ones. However, one look at the trailer at E3, and despite appearing much, much more lightweight in comparison to most of the R-Rated games we have been writing about, that simply doesn’t stop it from becoming one of the more awaited game releases over next year. Without further ado, read on to find out everything that we know about ‘Gods and Monsters’.

Gods and Monsters Plot: What Is It About? 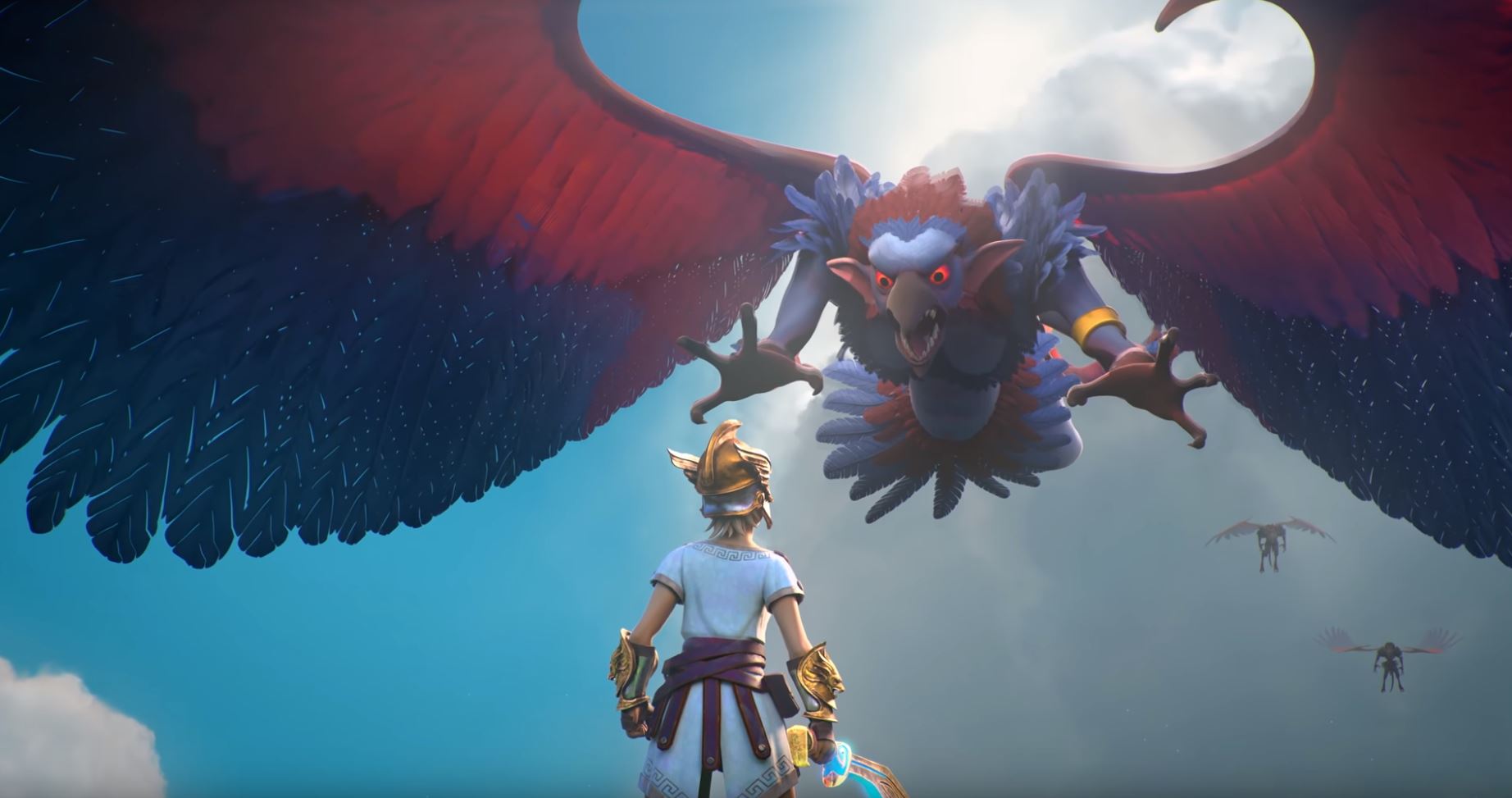 The official synopsis of the game states ‘Gods and Monsters’ to be a “storybook adventure about a forgotten hero on a quest to save the Greek gods. Embark on a journey to the Isle of the Blessed, combat mythological creatures and defeat Typhon, the deadliest monster in Greek mythology, in a face-off for the ages.”

While a gameplay trailer hasn’t been released yet, the E3 reveal trailer leaves no single frame in revealing that the developers have taken the “storybook adventure” part of the synopsis quite seriously. As opposed to the photorealistic in-depth 3D that most games today aim for, ‘Gods and Monsters’ revels in its “painter-ly” visual design, as stated by Ubisoft Quebec.

As also very clearly stated by the synopsis of the game, the action here takes place on the Isle of the Blessed, wherein a lost warrior, Fenyx, is called upon by Greek gods when they have fallen victim to Typhon, a bird-like fearsome and deadly creature in Greek mythology. The endgame for ‘Gods and Monsters’ would be Fenyx using the powers bestowed upon her by the gods themselves to defeat Typhon in an epic face-off to help restore the powers of the fallen gods.

Along the way, of course, Fenyx would encounter several mythical beasts and beings in the vast open world of the game, including Gorgons, Hydras and Cyclops. The game will also feature Homer, who was revealed to be the narrator in the reveal trailer at E3, telling the story of the game to his grandchildren. The capacity in which the Greek laureate would be appearing is still unclear. 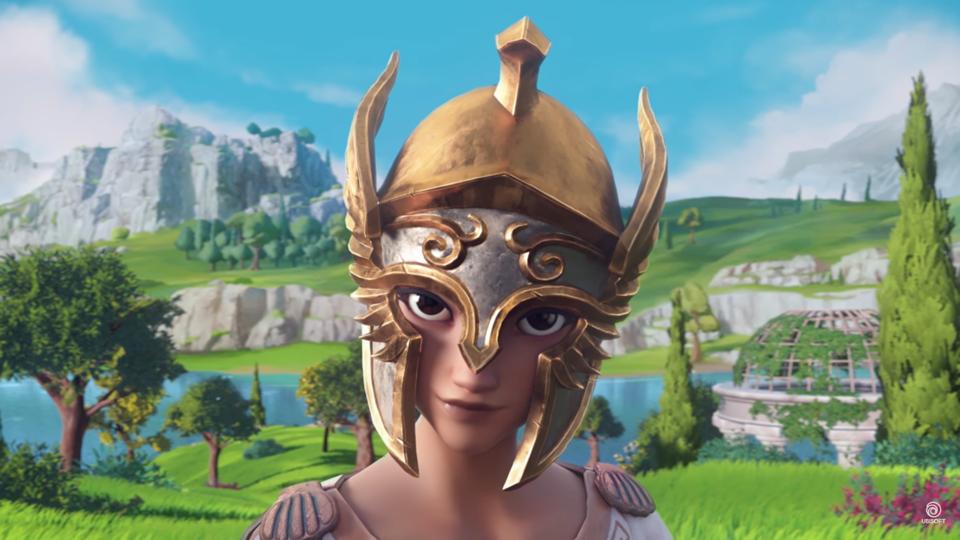 On the development of the game and its distinct visual style, Marc-Alexis Côté, Senior Producer at Ubisoft Quebec had this to say: “Over the last 10 years, I had the chance to lead an incredible team that pushed the limits of Assassin’s Creed® to explore historical periods from a unique angle. But our imagination has always been bound to the reality of the history books. Through our work on Assassin’s Creed Odyssey these past four years, our minds lingered on another aspect of our history – mythology.  The stories of the gods and their misadventures have existed through generations of storytellers and audiences and have transformed into the myths we still know and love today. With Gods & Monsters, those tales take on a life of their own, to become a reality to be explored like never before.”

‘Gods and Monsters’ is going to be a third-person RPG open-world game, wherein the lead character would be free to navigate a beautiful fantasy landscape, set in a location called the Isle of the Blessed, more commonly known as the Fortunate Isles, a winterless land of paradise from Greek mythology. While the playable character in the game, Fenyx, is herself a legendary creature, a “forgotten hero” as stated in the game’s synopsis, and is bound to have some powers of her own, the game will have all the Gods of Olympus bestow her with their powers in order for her to bring down Typhon.

While no more details regarding those powers is known yet, it will be super interesting to see how those powers manifest in the game at the hands of Fenyx, and to what extent one can utilise them. To give you an idea of what my quandary is about, powers of the gods of Olympus range only from godly archery skills, superhuman strength, Poseidon’s control over the oceans and Zeus’ thunderbolt. No biggie. 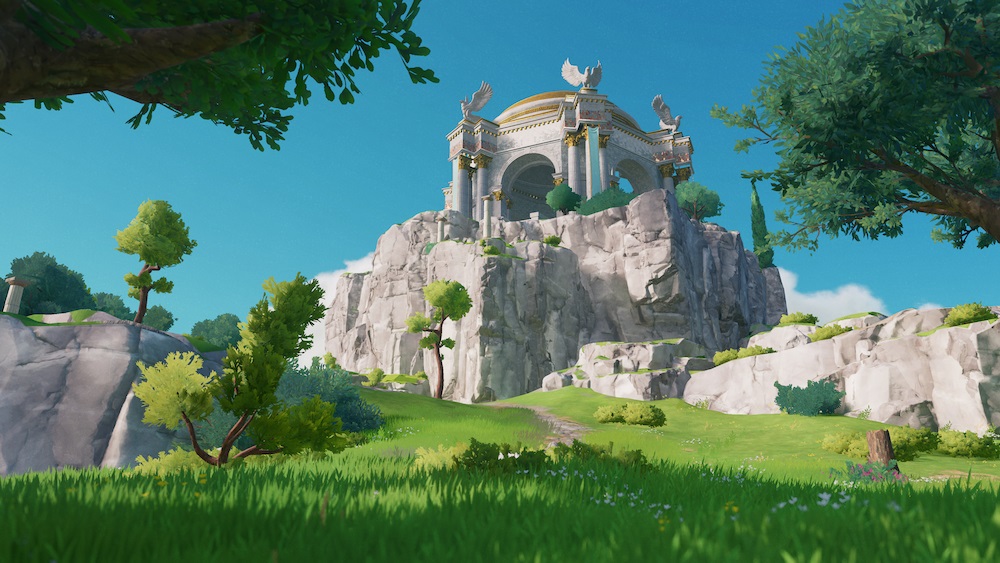 Coming to the primary character in the game, Fenyx is a completely customisable character on cosmetic grounds, allowing the player to mostly control how Fenyx would look in the game. Other than that, the game in its fighting bits would incorporate bot aerial and terran combat, depending on the type of creature Fenyx battles. Apart from combat, the gameplay would also involve solving puzzles and riddles, and making our way through dungeons to move forward in the game. ‘Gods and Monsters’ would also reportedly have a stamina and resource based system, both of which are nigh absent from the developers’ vastly popular game series, ‘Assassin’s Creed’.

Gods and Monsters Crew: Who Is Behind It?

‘Gods and Monsters’ will feature the same team as the one that worked on the latest game in the AC series, ‘Assassin’s Creed: Odyssey’, among the best in the franchise. Ubisoft and Ubisoft Quebec will serve as the developers and publishers of the game.

Gods and Monsters Release Date: When Will It Premiere?

‘Gods and Monsters’ will release on February 25, 2020 for PS4, Xbox One, PC, Nintendo Switch and Google Stadia.