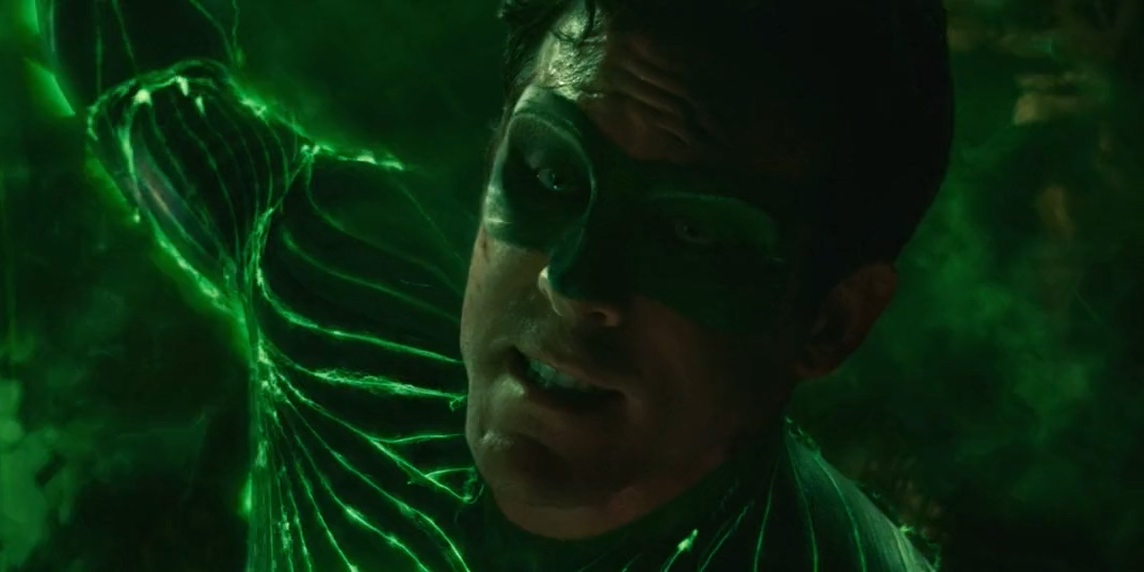 Helmed by New Zealander filmmaker Martin Campbell (‘The Mask of Zorro‘) and based on the characters of the DC Comic Universe, ‘Green Lantern’ is an exciting 2011 superhero movie and an intergalactic trip of a lifetime. Although Deadpool kills Ryan Reynolds for signing the ‘Green Lantern’ script in the post-credit sequence of ‘Deadpool 2,’ that is the story for another day and another comic universe.

In this universe, however, Reynolds dons the suit and cape of the titular DC superhero with commendable strength. The film may have some awkward moments, but it packs enough green-tinted action to keep DC fans satiated. If the final moments of the movie seem a bit too hasty for you, let us go back to the distant planet. SPOILERS AHEAD.

In the prologue, we meet the planet Oa and its advanced inhabitants. Millions of years ago, the Guardians of the Universe found a way to harness the energy of will, and thus an intergalactic enforcement squad, named Green Lantern Corps, was created. Presently, Abin Sur, the leader of the Corps, is fatally wounded in a fight with supervillain Parallax, and he descends into the nearest inhabited planet (i.e., Earth) to catch his final breath. He releases the ring and asks it to find its rightful owner.

In the early scenes, little Hal Jordan sees his pilot father passing away in a horrific accident. Hal grows up to be a pilot just like his father, working for Ferris Aircraft. He almost sabotages an airplane deal by exposing a massive flaw in the aircraft. While some people in the company are furious, Carol Ferris, the company’s new face and Hal’s old flame, does not fire him. Hal returns home and has a hearty conversation with his son, but a green globe enters his body and takes him to Abin Sur. Before his death, Abin Sur directs Hal to take the ring and the lantern, say the oath, and save the galaxy. Only, it is not as easy as it sounds.

Parallax is the cosmic villain of the story. After harnessing the power of fear, one of the Guardians of the Universe become reincarnated as Parallax. When Abin Sur takes a blow from Parallax, residuals of Parallax’s energy seemingly remain in Abin Sur’s body. When scientists working with the government retrieve the body, senator Robert Hammond pulls some strings to get his underachieving son Hector Hammond to be engaged in researching the extraterrestrial body. During the research, Hector gets infected, and his face gradually becomes swollen from the evil energy.

While he has seemingly lost most parts of his life due to inaction, now he feels the yellow power taking hold of him. He feels in tune with the power, while unbeknownst to him, Parallax is only using Hector as a vehicle for destruction. Parallax seeks to destroy planet Earth and humankind with it since the act of destruction would give him enough energy to combat the Green Lantern Corps and take over the planet Oa. Hector, Hal, and Carol know each other from their early childhood. Hector also has unspoken feelings for Carol, but Carol is inclined towards Hal. Therefore, Hector wants to inject the yellow venom into Carol to make her one of his kind. Hal rushes to save the day, but Hector holds a grudge against Hal.

Hal makes a deal with Hector using his Green Lantern ring as a bargaining chip, but Hector does not keep his part of the deal. However, the ring chooses its owner, and it comes back to Hal shortly after. Parallax manifests in its visceral and ghastly form, and Hal lures Parallax out of the universe before he can cause any destruction of the planet. Finally, Hal uses the sun’s gravitational pull as his aid, and even the supervillain mastermind, Parallax, cannot escape gravity. In the end, Parallax is consumed by the sun, which puts his case to rest.

Does Hal Overcome His Fears?

In the exposition sequence, Hal sees his father’s fighter jet crashing right after take-off, and it is a memory that would torment Hal for his entire life. Following his father’s footsteps, Hal becomes an able pilot and a force to be reckoned with. But Hal is irresponsible and cocky. He comes off as a rash and volatile person who acts in his best interest, but he has more in him than he knows. However, to wear the outfit of Green Lantern, one has to be responsible and fearless – which is pretty much the job description. Hal thinks he is not fit for the job and seemingly quits after an arduous training session with Kilowog in Oa.

But he is compelled to come back upon finding that his planet is under an extraterrestrial threat. At the party organized by Ferris Aircraft celebrating the closure of the jet deal, Hector Hammond unleashes hell. After being exposed to the yellow energy of Parallax, Hector can read people’s minds. After reading his father’s mind, Hector finds his worst fear to be true. When Robert Hammond exits a helicopter, Hector jams the wing with a faucet, seemingly channeling the energy derived from his fear. The aircraft is on the verge of crashing down, but Hal controls the situation with his nascent superpower.

In the end, as Hal engages with Parallax in frontal combat, the audience senses that Hal has come a long way in his journey. Feeling those close to him are under threat, Hal finally takes the situation into his own hands. Hal has not chosen the ring; instead, it is the ring that has selected Hal. Although Hal is not too confident in his own free will, the first piloting sequence gives the audience an impression that Hal is cut out to bear the responsibility. The finality, therefore, reinstates that Hal is as able a warrior as the incredible Abin Sur, if not better.

What Happens to The Yellow Ring?

Sinestro does not initially think that Hal can live up to the legacy of the greatest Corps warrior Abin Sur. Sinestro repeatedly goes for a consultation with the Guardians of the Universe, who hold the power to predict the future. In the story, the Guardians serve a purpose similar to the Oracles in Greek mythology. When Sinestro confronts the Guardians, we come to know that Parallax was once a member of the Guardians, fighting on the side of the good. He wanted to harness the power of fear for benevolent purposes, but the energy of fear overpowers him and consumes him.

According to the Guardians, this rogue guardian became the Parallax, thriving on the yellow-hued energy of fear. Now, Parallax threatens to destroy the entire civilization of Lanterns that inhabit the planet Oa. Afraid that their collective might won’t be enough to counter Parallax, Sinestro suggests making a yellow ring. Reasoning that they must combat fear with fear, the Guardians decide to craft the ring, after all. However, Hal appears on the scene just in time to make a compelling argument against the yellow ring.

They choose not to use the ring and give Hal a chance to defend his planet. Hal sends Parallax to the core of a burning star in the final spectacular battle, and the evil energy is defeated. Hal is almost senseless from the fight’s impact, but Sinestro, Tomar-Re, and Kilowog appear on the scene to pull Hal away from the cosmic fireball. Sinestro later congratulates Hal before an assembly of the Lantern Corps, and Hal proves the worth of humanity. However, one may wonder what happens to the yellow ring.

A post-credit sequence puts the question to rest as the audience sees Sinestro acquiring the ring for himself. As he wears the ring, his outfit turns from green to yellow. We also sense that Sinestro is on his way to become a villain in the Green Lantern universe. The sequence prepares the viewers for a sequel, albeit it is one that was never made. Especially after the marvelous ‘Deadpool’ took the superhero scene by surprise, it does not look like Reynolds will exchange his red suit for the green one.