Growns Up 3: Will it Ever Happen? 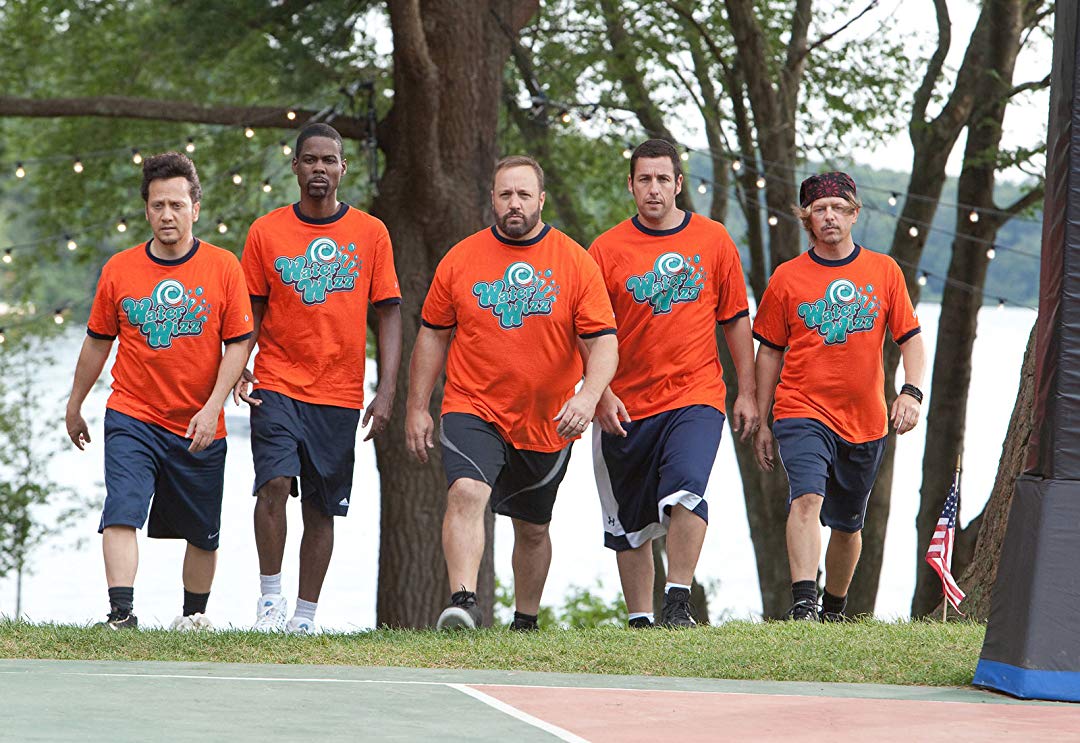 It is a truth universally acknowledged that every once in a while Adam Sandler will make a goofy comedy to go on a paid vacation with his buddies. ‘Grown Ups’ is precisely that kind of comedy. The film centers around five lifelong friends who reunite 3 decades later for a 4th of July weekend when they learn that their mentor passed away.

For a film that stars Sandler along with some great comic artists like Kevin James, Chris Rock, David Spade, Rob Schneider, and Nick Swardson, one would expect ‘Grown Ups’ to be a laughs galore. But what actually unfolds in the film left critics and public divided.  The film was derided by critics for its predictability, immaturity, and lack of self-awareness. In fact, it has a measly score of 10% on Rotten Tomatoes. However, it was massive commercial success. ‘Grown Ups’ grossed upto $271.4 million against a budget of $80 million, making it Sandler’s highest-grossing film till date.

What followed was a sequel in 2013, that reunited the cast and was set three years after the events of the first film. Once again, the film was panned by critics who gave it a score of 7% on Rotten Tomatoes, and labelled it lazy, boring, and even disgusting. However once again, ‘Grown Ups 2’ was a major success at the box-office, grossing $247 million worldwide against a budget of $80 million. It has been nearly seven years since then, and we wonder if there are chances that series turns into a trilogy. Could there be more in store for us? Here’s everything we know.

Grown Ups 3 Plot: What Can It Be About?

While there have been talks and speculations about a third part to ‘Grown Ups’, nothing was ever confirmed. So there is no way of knowing what direction the film will take if it were ever to materialize. However, considering how the other two parts work, we will definitely have five friends reuniting once again.

I was not asked to write it.

It is the best thing I will ever do in my life, professional or otherwise.

The sequel has Sandler’s Lenny moving back to Connecticut with his family to be around Eric, Kurt, Marcus and Rob. However, the five need to overcome new challenges, as things take an unexpected turn. The film also has Roxanne getting pregnant. Towards the end of the film, Lenny finally comes to his senses, apologizes to her and the two reconcile. It is safe to assume that a third part would definitely continue the narrative. It could either focus on Roxanne’s pregnancy, or it could take a time leap like it did previously.

Interestingly, last month, Tom Scharpling, took to twitter to share a hilarious spec script he penned for ‘Grown Ups 3’. He wrote the 52-page script in his spare time for a good laugh and, of course, to celebrate the series. It opens up with Lenny,Eric, Kurt and Marcus at Rob’s funeral, only to eventually break the fourth-wall to reveal that it’s really the filming of ‘Grown Ups 3’ that’s happening in the scene. The story eventually follows Sandler, Spade, James and Rock going on yet another vacation, only to find that there is a killer on loose. If spare some time for a  for a good laugh, check out Scharpling’s spec script here. 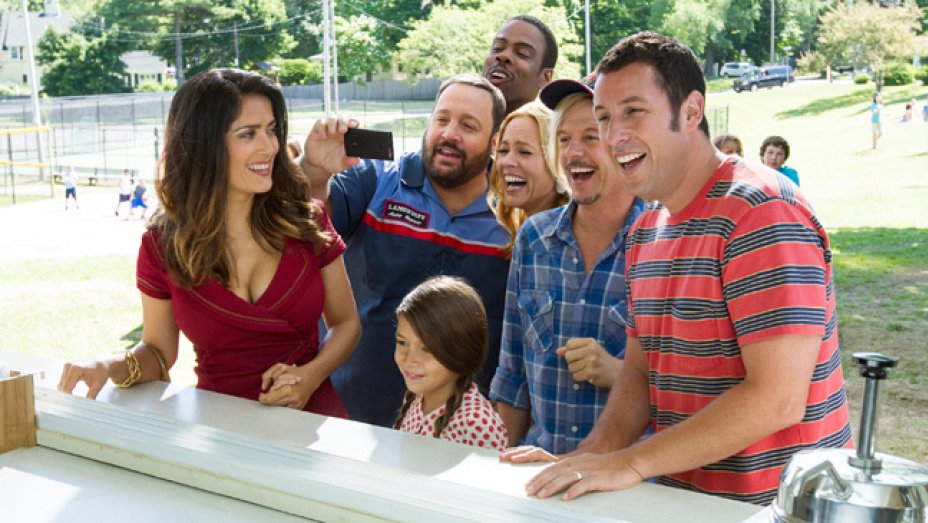 ‘Grown Ups’ stars Sandler as Lenny, Kevin James as Eric, Chris Rock as Kurt, David Spade as Marcus and Rob Schneider as Rob. It also stars Salma Hayek as Roxanne, Maria Bello as Sally, Maya Rudolph as Deanne, and Joyce Van Patten as Gloria. Apart from these, it also features Jake Goldberg, Cameron Boyce, and several others. For the sequel, Schneider did not reprise his roles and was instead replaced by Nick Swardson who plays Rob’s brother, Nick.

If there were ever another sequel to ‘Grown Ups’ it will need to have the cast reprise their roles as they have in the past 2 films. While ‘Grown Ups 3’ has not yet been confirmed, and might never be, both Salma Hayek and Maria Bello has stated in the past that there have certainly been talks about making one. Whether or not one will ever materialize though is a different ball-game altogether.

Grown Ups 3 Crew: Who Can Be Behind It?

Both the ‘Grown Ups’ films are directed by Dennis Dugan, on a script penned by Adam Sandler and Fred Wolf. The films are co-produced by Sandler and Jack Giarraputo. Dugan is known for his collaborations with Sandler, and the two have worked on several films together including ‘Big Daddy’, ‘You Don’t Mess with the Zohan’, ‘Happy Gilmore’, ‘Just Go with It’ and several others. If there were ever a third part to ‘Grown Ups’, we can certainly expect Dug and Sandler to team up again.

Grown Ups 3 Release Date: When Can It Premiere?

Adam Sandler recently won back his charm with phenomenal performance in the critically acclaimed ‘Uncut Gems’. Interestingly, when Sandler appeared on ‘The Howard Stern Show’ he joked that he would make a bad movie if he doesn’t get an oscar nomination:

“If I don’t get it, I’m going to f***ing come back and do one again that is so bad on purpose just to make you all pay. That’s how I get them.”

While this was probably just said in jest, it does leave some hope for ‘Grown Ups 3’ as not much has been talked about otherwise with regard to the film. Of course, except Scharpling’s brilliant spec script that broke twitter recently. Now, it would be a dream come true if the script was actually brought to life. However, it does seem a little far-fetched at the moment. But who knows, right? If at all we do get ‘Grown Ups 3’, it should only release sometime around 2024 or later.