Gullah Gullah Island: Where is the Cast Now?

Nickelodeon’s ‘Gullah Gullah Island’ is a children’s TV show that revolves around several characters, including Ron and Natalie Alston, their children, James, Vanessa, and Simeon, the children’s niece, Shaina, and the tadpole Binyah Binyah, as they live exciting lives on the fictional Gullah Gullah Island. The show helps children explore the Gullah culture through fun activities, songs, and dances.

It even follows the characters as they go on adventures, learn family values, and obtain life lessons. Although ‘Gullah Gullah Island’ lasted for just four seasons from 1994 to 1998, the fun-loving and relatable characters left a deep mark on our minds. Hence, with the spotlight turned away for so long, fans are eager to discover where the original cast is at present. Well, fret not because we come bearing answers!

Where Is Ron Daise Now? 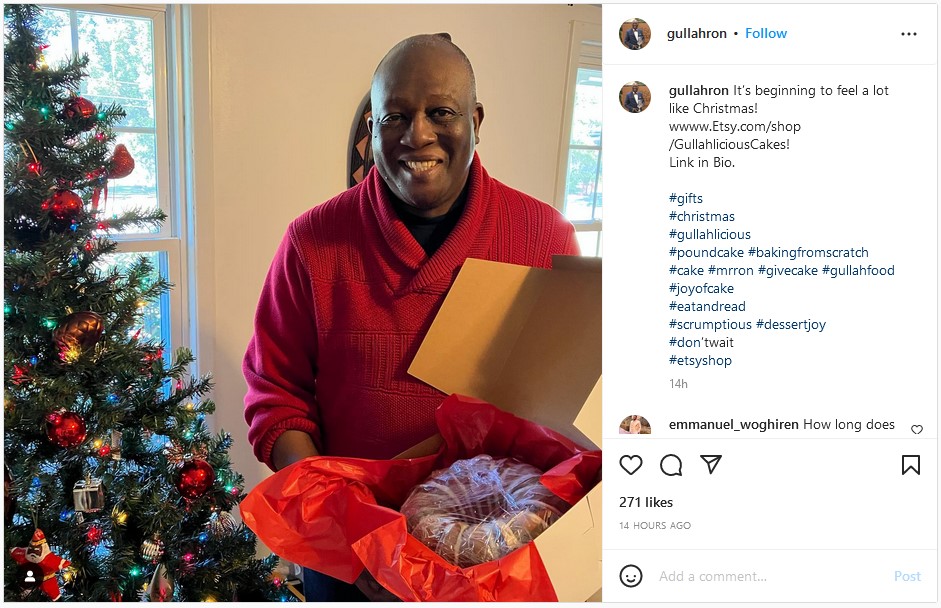 While Ron Daise stepped into the shoes of Ron Alston and played a loving father on the show, fans will be interested to know that he is still a vocal advocate for the Gullah culture. He currently resides in Pawleys Island, South Carolina, along with his wife, Natalie, and functions as the Vice President for Creative Education at Brookgreen Gardens.

While Ron is famous as a singer-songwriter, readers will be interested to know that he is also a well-established author and has written several books, including ‘Reminiscences of Sea Island heritage,’ and ‘Gullah Branches, West African Roots,’ among others. Besides, Ron also works as a motivational speaker, and while he won the South Carolina 2019 Governor’s Award, he presently runs the home-bakery business, Mr. Ron’s Gullahlicious Pound Cakes, and is a proud father of three adult children.

Where Is Natalie Daise Now?

While Natalie Daise appears as Natalie Alston on the show, she currently resides in Pawleys Island, South Carolina, alongside her husband, Ron, and the couple is parents to three adult children. Interestingly, while her husband concentrated on his singing-songwriting as well as his writing skills, Natalie works as an artist, specializing in oil and acrylic painting.

Most of her paintings are based on the Gullah culture, and although he mostly works from a fully stocked home studio, reports mention that Natalie also volunteers at Georgetown’s Rice Museum as a tour guide and a gift shop worker. Additionally, much like Ron, Natalie is a public speaker and is quite enthusiastic about spreading her culture and values around the United States.

Where Is Vanessa Baden Now?

While Vanessa started her journey in the television industry through the role of Janey in the TV series ‘My Brother and Me,’ it was her performance as Vanessa in ‘Gullah Gullah Island,’ which propelled her into the spotlight. Since then, Vanessa went on to establish herself as a well-known actor and appear in several other TV shows, including ‘Kenan & Kel,’ ‘Fail,’ and ‘Giants.’ She was also associated with movies like ‘Rosewood,’ and ‘Secrets Of The Magic City.’

Vanessa’s last appearance as an interviewee on Soap Central in 2019 earned her some acclaim. Presently, she is happily married to RJ Kelly, and the two are proud parents to a son, Ryder. Moreover, while Vanessa has worked as a writer and producer in the film industry, she published her first book ‘Far Away from Close to Home: A Black Millennial Woman in Progress’ in 2021.

‘Gullah Gullah Island’ was James’ first foray into the entertainment industry, and he made quite a name for himself through his role as James Alston. Since then, he went on to star in several other productions, with a notable few being ‘Rosewood,’ ‘Taina,’ and ‘Sheena.’ Besides, he was also an ardent musician and was quite adept at several instruments. However, we are sad to report that James breathed his last on March 15, 2021, surrounded by his family in Orlando, Florida. At the time of his death, James was a loving father to his son, Bron Hassani Coleman, whom he shared with Kendra Wells.

Where Is Simeon Othello Daise Now?

Interestingly, Simeon’s role as Simeon Alston on ‘Gullah Gullah Island’ paved his way toward success in the entertainment industry. The show propelled him into the spotlight and made producers notice his incredible talent, which led to Simeon appearing in a host of other successful productions, including ‘The Bobby Brown Story,’ ‘American Soul,’ and ‘All American.’ His latest appearance as Chris in the 2022 movie ‘Cheaper by the Dozen,’ also garnered quite a bit of praise from fans. Currently, Simeon earns a living as an actor and model while remaining close to his parents, Ron and Natalie Daise.

Where Is Shaina M. Freeman Now?

You would be intrigued to know that although Shaina M. Freema rose to fame through her performance as Shaina Alston on ‘Gullah Gullah Island,’ that was her one and only experience with the entertainment industry. Once it concluded after season 4, Shaina preferred to embrace privacy and kept her personal life under wraps for quite some time.

At present, Shaina resides in Los Angeles, California, along with her husband, and the two are parents to a pair of adorable twins. While Shaina works as a Customer Experience Manager for a shoe company, she is a pretty well-known blogger and writes about her experience as a mother of twin daughters. Moreover, Shaina is also pretty active on social media and keeps her followers updated through regular posts.

Where Is Philip D. Garcia Now? 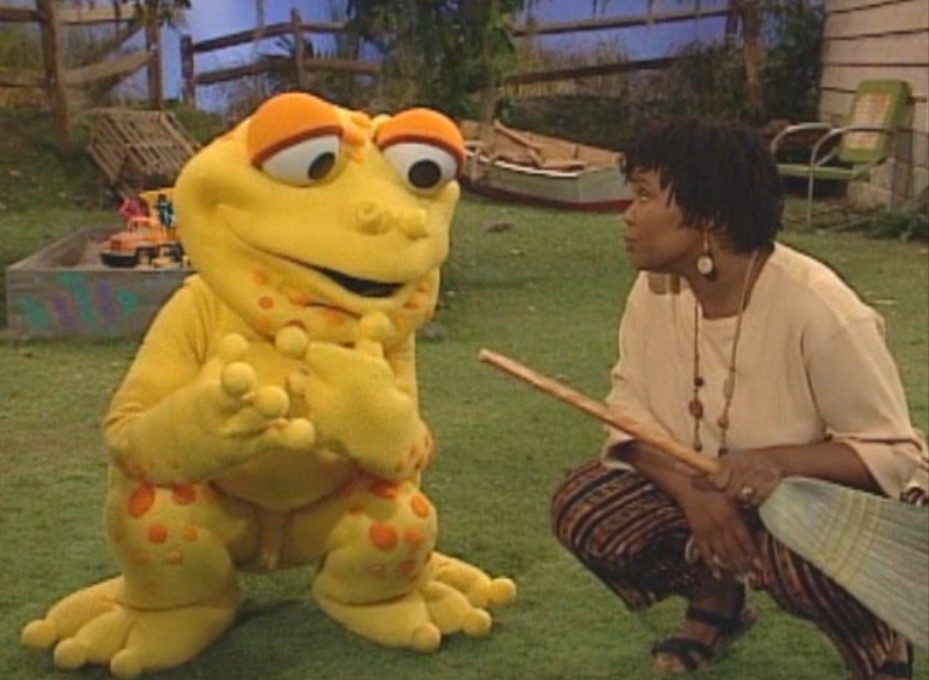 Phillip D. Garcia rose to fame as the voice of the yellow tadpole, Binyah Binyah, on ‘Gullah Gullah Island.’ His voice and singing abilities helped immortalize the character, and people all over the country have wonderful memories of the yellow tadpole. However, tragedy struck in 1996, and Phillip lost his life in a horrific car accident. He was 27-years-old at the time of his passing. Subsequently, the show replaced him with Justin Campbell up until the end of the final season in 1998.

Where Is Sara Makeba Daise Now? 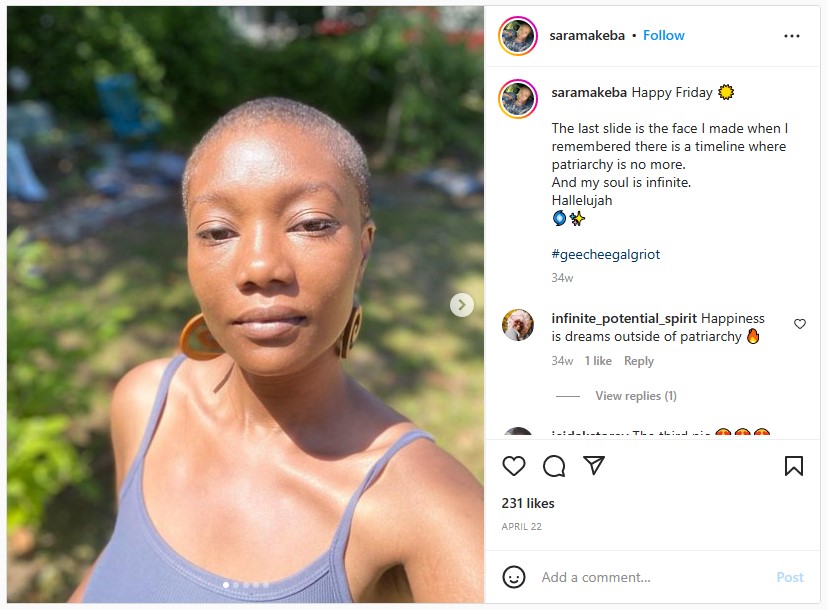 Daughter of Ron and Natalie Daise and sister of Simeon Othello Daise, Sara was associated with ‘Gullah Gullah Island’ from 1994 to 1997. Growing up in such a family, Sara discovered her passion for the Gullah culture from a very young age and was determined to turn it into a living. She went on to complete her Bachelor of Arts in Communication and Media Studies, with a Minor in African American Studies, from the College of Charleston before pursuing a Master of Arts in Public and Applied History from Union Institute and University.

While Sara worked as a Digital Archivist for Real Black Grandmothers up until 2021, she currently earns a living as a Cultural History Interpreter and Researcher. She also describes herself as a Singer, Healer, and Dimension-Hopper, and reports mention that her research revolves primarily around the indigenous, black, and LGBTQ+ communities. Currently, Sara resides in Beaufort, South Carolina, and shares a solid bond with her family.