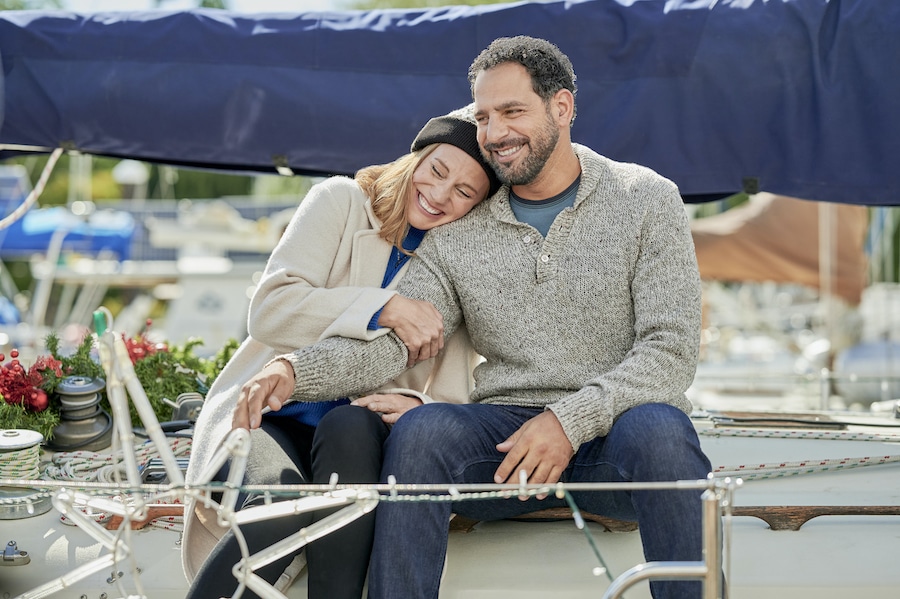 Helmed by Stacey Brodie, ‘Christmas Sail’ is a family drama movie from Hallmark Channel, complete with a holiday setting. The film is part of the channel’s ‘Countdown to Christmas’ programming event. In the movie, single mother Liz Darling returns to her hometown after ages to take care of her father, who has suffered a minor injury. Coincidentally, it is also the Christmas season, and revisiting the small seaside town of Portside brings back memories for Liz.

Now, Liz is keen on giving her daughter a glimpse of the good times that defined the best part of the year for her and her family. The feel-good film unfolds against the backdrop of a small coastal town, and the Christmas ambiance lends another layer of warmth. However, if you seek to identify the filming locations and find details about the cast, you may bank on us.

‘Christmas Sail’ was filmed in its entirety in Canada, especially in British Columbia. As per reports, filming took place in August 2021. British Columbia proves to be a highly fertile ground for film and television production, and almost all of the TV movies of the Hallmark Channel are produced in the territory. The cost expenditure in this region is lower than further south in Hollywood, and the government promotes a tax credit program that favors producers. Let us now take you to the specific locations where the film was shot!

Some significant scenes from the movie were filmed in Vancouver, a seaside metropolis and the most populous city of British Columbia. Vancouver has seen a steady rise in film and television production in recent decades due to state-of-the-art facilities and an abundance of skilled actors and technicians that gravitate towards this region. From ‘The A-Team’ to Neill Blomkamp’s ‘Elysium,’ the area has proved time and again that it is capable of producing global-quality productions.

The filming crew also ventured out to Gibsons’ sparsely populated coastal community to film the bulk of the outdoor sequences. Christmas came early in the town, which presumably stands in for the fictional Portside in the movie. The production team seemingly filmed a few scenes in Gibsons Marina, among other places. Situated at the southern end of the Sunshine Coast, the community lies around 46 kilometers northeast of Vancouver.

The cast for the movie features veteran Hallmarkies as well as some fresh faces. Among the significant cast ensemble, Katee Sackhoff takes up the role of Liz, alongside Patrick Sabongui, who portrays the character of Luke. Other cast members include Terry O’Quinn (Dennis, Liz’s father), Lossen Chambers (Joyce), Emma Oliver (Hannah, Liz’s daughter), Sunita Prasad (Erica), and Jason McKinnon (Marcus).