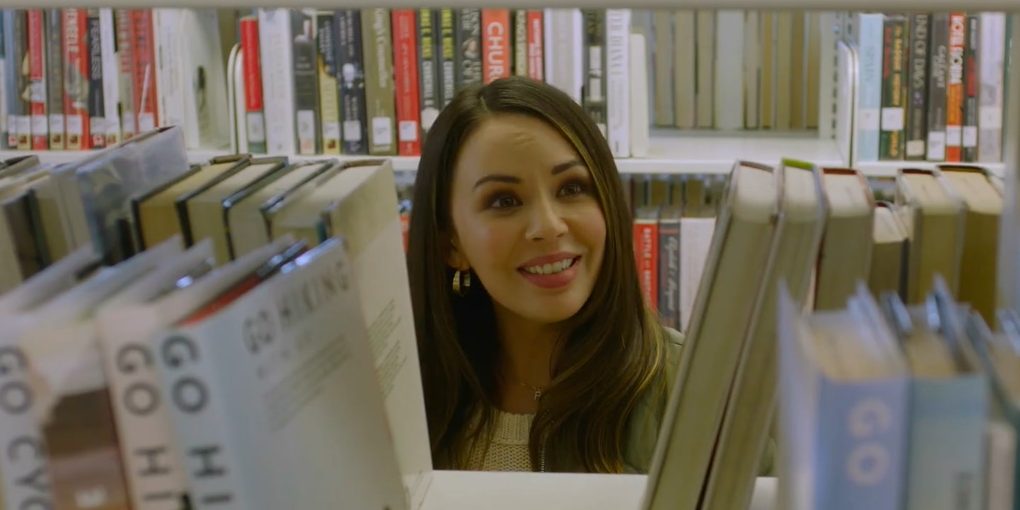 Christmas is just around the corner, and Hallmark Channel brings a fresh batch of exciting movies as part of its ‘Countdown to Christmas’ schedule. Directed by David I. Strasser, ‘Coyote Creek Christmas’ is a celebratory holiday movie that graces the line-up. The holidays are synonymous with a homecoming for most of us, and Paige, the movie’s protagonist, is no different. A working woman at a premier event planner company in the city, Paige returns to her parents’ abode in the picturesque Rockies. Her parents run the Coyote Creek Inn hotel, which lights up every year at the annual holiday party.

This year, Paige offers to organize the party, which is a lucrative opportunity for her to showcase her talents to her bosses. She comes up with a universal theme of “Christmas around the world.” She meets charming single father Dylan at the event, but she does not know that her parents are about to sell the property to him. The lovely small-town holiday ambiance is one worth admiring, but you may be wondering where the film was shot. Moreover, you may seek to be acquainted with the cast ensemble. Let us visit the film’s locations and see who is in the movie.

Filming commenced in August 2021, and following a strict schedule, production was drawn to a close in early September 2021. The cast and crew have been tight-lipped about the specifics of production to keep the fans guessing. But here is everything we have found on the locations that feature in the film!

‘Coyote Creek Christmas’ was filmed in and around Vancouver, British Columbia. The major metropolitan region in Western Canada is known for its futuristic ambiance and dreamy heritage art and culture. The territory features vast forested regions, breathtaking mountains, and lush coastal stretches. The deal is made sweeter with the province’s highly profitable tax credit program. While it is the most populous city in the region, Vancouver is also famed for being culturally and ethnically diverse. Juvenile star Azriel Dalman (Noah Bailey) cryptically teased the audience by sharing a photo on his Instagram account.

The production team used the Bridge Studios to film some of the interior sequences. The state-of-the-art production studio is located in Burnaby, a sprawling city in the lower mainland region of British Columbia. Many recent productions have visited the facility such as ‘Midnight Mass’ and ‘The Haunting of Bly Manor.’

Coyote Creek Christmas Cast: Who is in it?