Developed by Mike Flanagan for Netflix, ‘Midnight Mass’ is a horror drama series set in the fictional Crockett Island, where the small, disappearing community experience a resurgence of hope and faith following the arrival of their new enigmatic priest, Father Paul (Hamish Linklater). Soon enough, real tangible miracles start to occur all over the island, transforming their faith into a fervor. The people, including Father Paul, earnestly believe that the source of the miracles is divine. By the time they realize that it’s something completely different, it’s already too late. If you watched ‘Midnight Mass’ and loved it, we have the perfect list of recommendations for you. You can watch most of these shows similar to ‘Midnight Mass’ on Netflix, Hulu, or Amazon.

Like ‘Midnight Mass,’ ‘The Terror’ is a slow-burn horror drama series that relies on atmospheric terror rather than conventional methods such as jump scares. The show’s first season is developed from Dan Simmons’ 2007 namesake novel, which was partly inspired by the lost expedition of Captain Sir John Franklin. Two ships belonging to the Royal Navy — HMS Erebus and HMS Terror — get trapped in the ice while maneuvering through the infamous Northwest Passage between the Atlantic and Pacific oceans. Now, the crew must deal with extreme cold, decreasing provisions, and an ancient and supernatural entity if they want to survive.

Based on the 2012 book of the same name by Brian McGreevy, ‘Hemlock Grove’ is a Netflix series that revolves around a young adult Romani boy named Peter. The residents of Hemlock Grove, Pennsylvania, believe that Peter has killed two teenage girls. To find the real killers, Peter forms an uneasy alliance with Roman, the heir of the affluent Godfrey family. ‘Hemlock Grove’ is a story about vampires, werewolves, and witches. But like ‘Midnight Mass,’ some of the major themes in ‘Hemlock Grove’ are disappearing jobs and the crumbling local economy.

In the CBS (later Paramount+) series ‘Evil,’ psychologist Dr. Kristen Bouchard teams up with David Acosta, a professional assessor for the Catholic Church, to discover whether a person is possessed or the malevolence inside them is entirely human. Like ‘Midnight Mass,’ ‘Evil’ explores the concept that the titular word denotes. Both shows give an interesting dichotomy between supernatural evil and human evil. Furthermore, in both ‘Midnight Mass’ and ‘Evil,’ characters choose to decipher the world around them by combining science and faith.

Created by Guillermo del Toro and Chuck Hogan from their 2009 namesake book, ‘The Strain’ follows Dr. Ephraim “Eph” Goodweather, who begins investigating the mysterious deaths of a plane-full of passengers and eventually discovers that a vampiric virus is the reason behind the tragedy. He teams up with Abraham Setrakian, a man who has been fighting the vampires for decades, to protect New York and the country at large. Both ‘Midnight Mass’ and ‘The Strain’ approach vampiric mythology through science, though it’s significantly more prominent in the latter show than the former.

Like ‘Midnight Mass,’ ‘Preacher’ is a candid exploration of the complexities and absurdities of faith and Christian mythology. Jesse Custer, a preacher with a violent past, finds out that he has developed mysterious powers. After learning that God is missing from heaven and is somewhere on Earth, Jesse embarks on an incredible journey with girlfriend Tulip O’Hare and vampire Proinsias Cassidy in search of Him. They soon learn that The Saint of Killers, a supernatural entity whose guns can kill anything, is on Jesse’s trail. 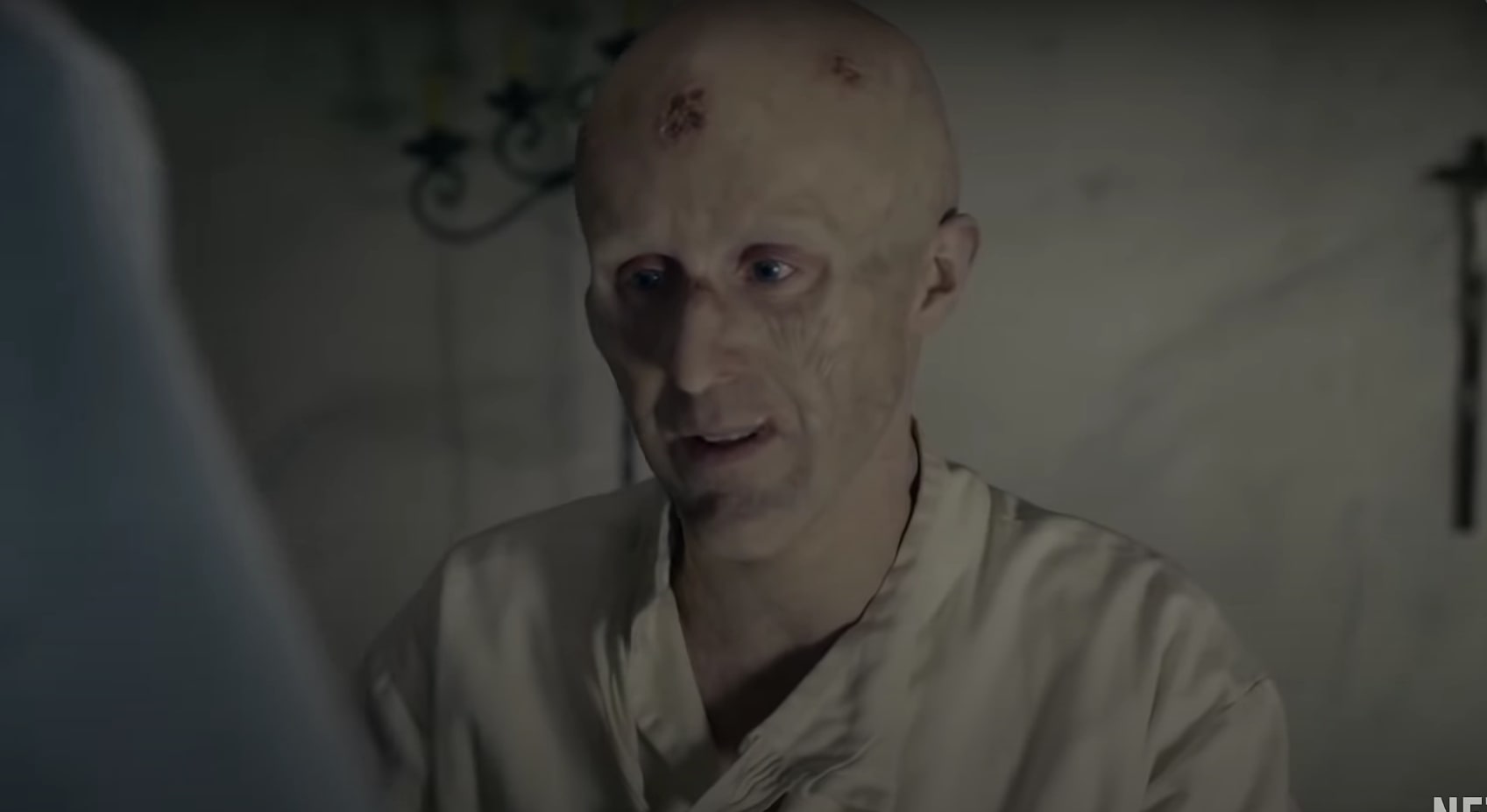 Bram Stoker’s 1897 classic book has inspired countless films and TV shows over the years. In the BBC One/Netflix series, Dracula wages war against generations of Van Helsings. He turns Jonathan Harker into an undead, but a nun named Agatha Van Helsing traps him underwater for over a hundred years. When he wakes up, he is confronted by Dr. Zoe Van Helsing, who has descended from Agatha’s brother. Both ‘Dracula’ and ‘Midnight Mass’ have a vampire as the primary supernatural antagonist.

Mike Flanagan’s first episodic project for Netflix, ‘The Haunting of Hill House’ revolves around the Crain family. Twenty-six years earlier, the family experienced horror and tragedy during their stay at the Hill House. In the present time, after enduring yet another tragedy, the family realizes that they have to confront their past in order to move forward. While Mike Flanagan has gained prominence as a horror show creator and filmmaker, his works always transcend the constraints of the genre. Both ‘Midnight Mass’ and ‘The Haunting of Hill House’ delve deep into issues like addiction, recovery, death, grief, and trauma.