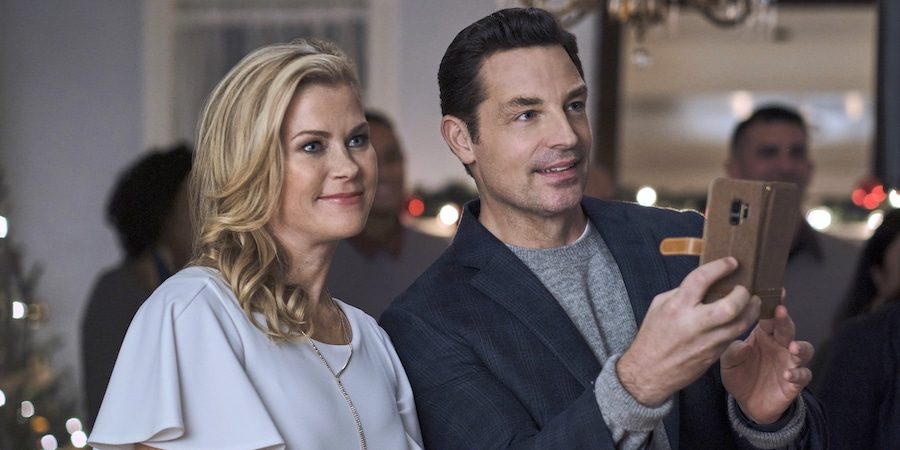 As Christmastime arrives, Hallmark brings a fresh batch of holiday movies as part of their ‘Countdown to Christmas’ programming event every year. Directed by David Weaver, ‘Open By Christmas’ is arguably one of the most memorable romance movies by Hallmark. It revolves around Nicky, who discovers an old letter from a secret admirer while helping her parents move out of the old home. Driven by the emotions of the anonymous letter, Nicky teams up with lifelong best friend Simone to track down the author.

Single mother Simone fears that she is increasingly losing touch with her teenage son. In a changing time, Simone and Nicky help each other find closure, as the film oscillates between their past and present. The movie may make you laugh, and you may even shed a few tears, but the feel-good festive ambiance will definitely sway you. Naturally, you must be curious about where the film was shot and may want to know more about the cast ensemble. In that case, let us spill the beans.

‘Open By Christmas’ was filmed in its entirety in Canada, especially British Columbia. Filming for the project commenced on September 3, 2021, and was wrapped up by September 30, 2021. The country’s westernmost province, British Columbia is characterized by its steep mountain ranges, vast stretches of forests, and serene coastlines.

The provincial tax credit offered by the government, combined with a beneficial exchange rate, put British Columbia on the global map for film and television production. The mild climate is ideal for filming purposes and the fact that it more or less lies in the same time zone as California also works in the region’s favor. Most of the Hallmark movies are thus filmed in the province, and the trend continued with ‘Open By Christmas.’ Let us now take you to the specific locations used in the movie!

The film was primarily shot in and around Vancouver, a busy seaport city along the western coastline of British Columbia. The crew set up base in the city, although they toured the region extensively before filming. They lensed several scenes in the crowded pockets of Vancouver, while a few sequences were shot in places only frequented by locals.

The production team also visited Vancouver Island, which lies off the Pacific Coast of British Columbia. The bulk of the exterior sequences were seemingly filmed in the region. The island houses a thriving arts community and is recognized by its English-style gardens and estates. On the southern end of the island lies Victoria, the capital city of the province.

The movie features several Hallmark veterans while showcasing a plethora of wonderful fresh talents. Erica Durance of ‘Smallville’ fame essays the character of Simone, alongside ‘UnREAL’ star Brennan Elliott (Derrick) and ‘Days of Our Lives’ famed Alison Sweeney (Nicky). Although Alison Sweeney and Brennan Elliott have appeared in various Hallmark ventures separately, this is their first outing together.