Halyna Hutchins: Everything We Know 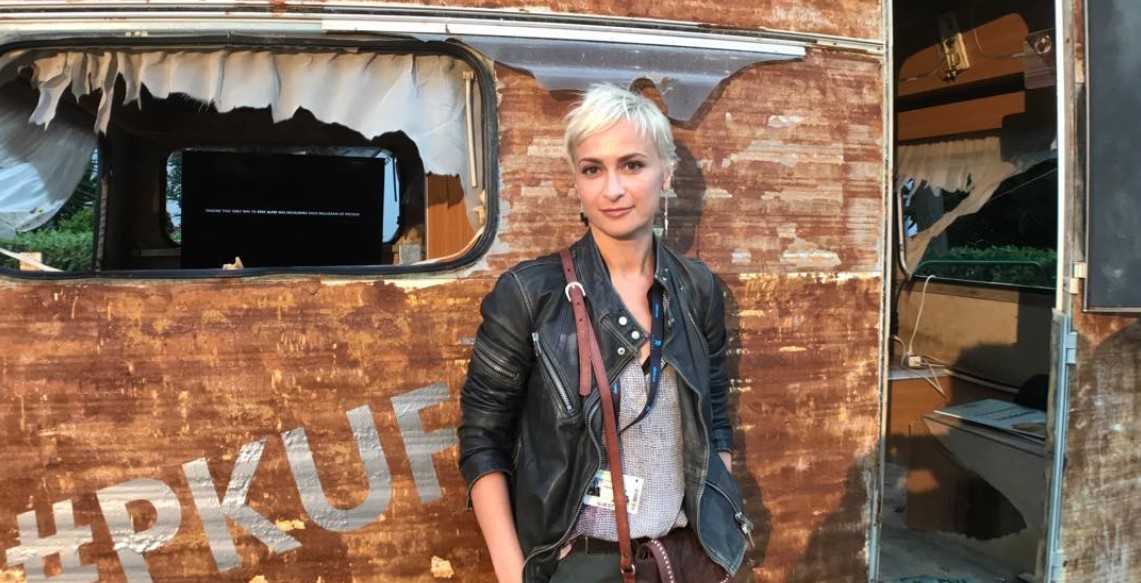 Halyna Hutchins’s tragic and shocking death came upon us like a bolt from the blue, and we are still struggling to come to terms with the incident. On October 21, 2021, Halyna, a promising and brilliant cinematographer, was busy working on the movie ‘Rust’ at the Bonanza Creek Ranch in Santa Fe, New Mexico, when she was fatally injured in a horrible accident after actor Alec Baldwin fired a prop gun on set.

Halyna was immediately transported to the University of New Mexico Hospital in Albuquerque, where she was later declared dead. The director of the movie, Joel Souza, was also injured in the accidental shooting but is now hospitalized and well on his way to recovery. As the entire industry mourns the loss of an incredible talent, we decided to dig in and find out everything there is to know about Halyna Hutchins.

Halyna Hutchins always remained private when it came to her personal life and had not revealed a lot about her parents or other members of her family. However, the rising talent was born in Ukraine in 1979, before spending most of her childhood on a Soviet military base in the Arctic Circle. It seems that her childhood was pretty thrilling, as she mentioned growing up among nuclear submarines and raindeers.

Surprisingly, Halyna did not study cinematography in university but instead chose to pursue a career in journalism. She enrolled herself in Ukraine’s Kyiv National University, from where she earned a graduate degree in International Journalism. Following her education, she moved to Eastern Europe and was employed by British documentary productions as an investigative journalist.

However, with films remaining her first love, Halyna decided to drop out of her job as an investigative journalist and shifted to Los Angeles to pursue a career in filmmaking. Once in the city, she did a few odd jobs on film sets while testing her prowess by shooting short movies. Halyna received a breakthrough when she got a chance to attend the MFA program at the American Film Institute Conservatory, from where she graduated in 2015. The experience and knowledge she garnered shaped her into a brilliant filmmaker and cinematographer.

Halyna Hutchins was just 42-years-old when the tragic accident snuffed out her vibrant life. The artist was already an established and sought-after cinematographer in the industry. She began showcasing her talent right from her time at the American Film Institute Conservatory as her thesis project, ‘Hidden,’ for which she collaborated with then-classmate director Farzad Ostovarzadeh AKA Rayan Farzad, received widespread acclaim and was shown at Europe’s Camerimage.

Even in the US, Halyna’s talent did not go unnoticed, and she found her place among the first eight female cinematographers selected in 2018 for the 21st Century Fox DP Lab. Additionally, she was also honored in 2019 by American Cinematographer as one of the Rising Stars of Cinematography.

Over the years, Halyna lent her talent to several productions, including ‘Darlin’ (2019), ‘To the New Girl’ (2020), ‘Blindfire’ (2020), ‘The Mad Hatter’ (2021), as well as the TV miniseries ‘A Luv Tale: The Series.’ However, the jewel in Halyna’s crown remains her contribution to the 2020 superhero movie ‘Archenemy,’ which earned her much critical acclaim.

According to reports, Halyna Hutchins was happily married to Matthew Hutchins at the time of her untimely demise. While building her career in Los Angeles, Halyna fell in love with Matthew, with whom she eventually tied the knot. According to reports, the couple was married for 16 years and was extremely happy in their married life. Although Matthew is employed as an attorney for the Los Angeles law firm, Latham & Watkins, and the pair worked in completely different fields, they shared an intimate and loving bond rivaled by very few. The two also gave birth to their nine-year-old son, Andros, who became the apple of their eye.

However, Halyna always preferred privacy around her married life and refrained from sharing any details or pictures in public. Although her social media profiles show her spending time with friends, she clearly wanted to keep her marriage and son away from the limelight. As the world mourns this massive loss, our thoughts and prayers go out to her family, and we firmly believe that Halyna’s memory will stay alive through her brilliant work and the love she has shown for cinema throughout her life.