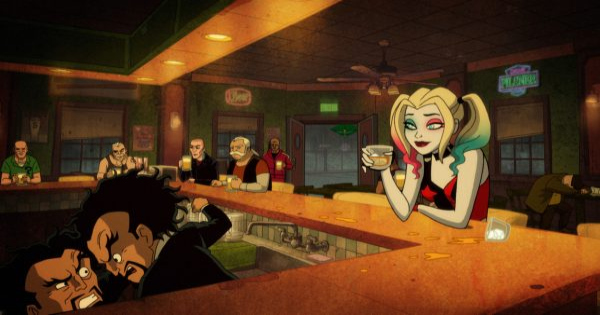 Harley Quinn is one of the most fascinating characters in DC comics since she is almost as crazy as Joker. At one time, she used to be Joker’s psychiatrist at Arkham Asylum, before the Clown Prince of Crime messed with her head, making her an accomplice. The two remained together, going on crime sprees. Their love story has been romanticized by many who have not read the comics enough to know how abusive Joker has been towards Harley.

In the animated television series, we see that Harley has already left Joker and is trying to figure out life on her own. She is helped by Poison Ivy, who is actually great friends with Harley. The aim is to make Harley a member of the Legion of Doom. The show has already aired a few episodes, which have shown Harley on her misadventures, and the latest episode dropped only recently.

You might be wanting to know what the latest episode was about, and we are here to tell you that. However, first, let us walk you through when and how to see the upcoming episode 4 of ‘Harley Quinn’.

Harley Quinn Episode 4 Release Date: When Will It Premiere?

‘Harley Quinn’ Season 1 Episode 4 is slated to be released on Friday, December 20, 2019, at 9 AM ET or 6 AM PT on DC Universe. The season is going to have 13 episodes and they are being released at regular intervals. Titled ‘Finding Mr. Right’, the upcoming episode is helmed by Juan Jose Meza-Leon, with Jess Dweck attached as the writer.

‘Harley Quinn’ is a DC Universe show, so you need to have a subscription to the platform in order to see it. You can watch it on the official DC Universe website. There is a free trial after which you are charged. DC Universe is available on devices like iOS and Android, Macs and PCs, Roku, Apple TV, Amazon Fire TV, Android TV, and Chromecast.

Episode 3 is titled ‘So You Need a Crew?’ and sees Harley struggling to get credit for the robbery of a warhead from a Russian train. This is because Joker shows up with his thugs, and Harley decides that she needs to have a team of her own. However, applying for a crew through an agency does not work, and her plan of recruiting from a bar also fails.

She goes to Poison Ivy who explains that there is a glass ceiling for women supervillains, and it appears to be true since nobody wants to work with Harley after they know that she is not with Joker anymore. Harley attends a seminar on recruiting crew-members, but when she wants personal pointers, the man wants her to sleep with him, much to her dismay. Finally, Harley learns the hard way that the only crew members who are going to work with her are the ones who nobody else wants.

She recruits Dr. Psycho, who is in trouble for calling Wonder Woman a bad name. Although the Doctor eventually thinks of himself to be better than Harley, he joins the team when he is ejected from the Legion of Doom. The other member that is recruited is Clayface. Together, they try and get revenge on Maxie Zeus, the man who wanted to sleep with Harley in return for his help. Although the revenge plan does not exactly go as intended, Zeus finds himself at a disadvantage and is forced to admit that Harley and her crew should not be trifled with. It remains to be seen how Harley functions with her new team members in the upcoming episode.