Where is Haute Dog Filmed? 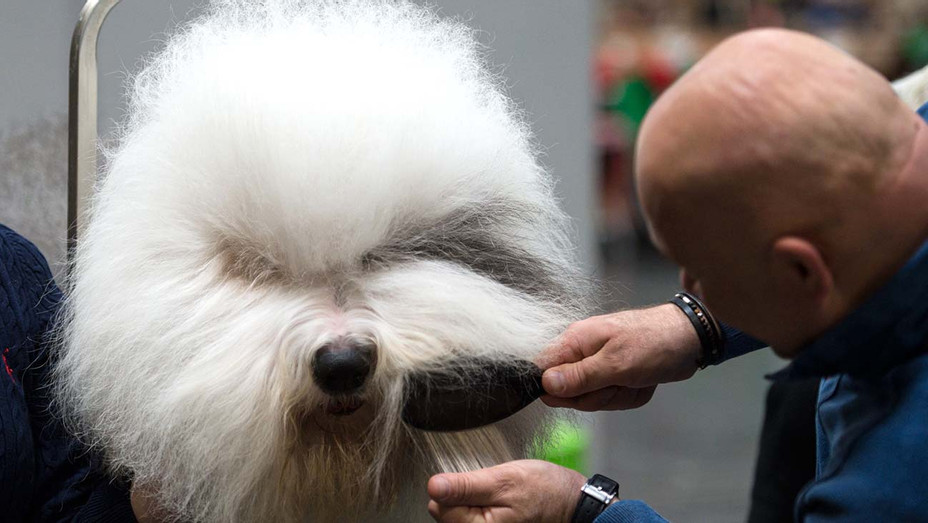 If you are a pet lover, then ‘Haute Dog‘ is the show for you. After all, pets are part of our families, and we want them to look their best. The reality competition series rests on a fascinating premise. Three dog groomers take part in a series of challenges, where they find the best looks for their furry friends. Matt Rogers hosts the show while Jess Rona, the dog expert, leads the panel of judges. While the HBO Max show has already started to make waves, you might be wondering where ‘Haute Dog’ has been filmed. We have got you covered in that regard.

‘Haute Dog’ has been filmed in Simi Valley, California. The show has been lauded for completing a four-week-long shoot amidst the coronavirus pandemic. However, by following the union guidelines and COVID-19 restrictions, the crew could wrap up the process with zero positive cases. Notably, since ‘Haute Dog’ has been shot mostly indoors, special precautions were taken regarding distancing. You can check out a clip from the set below.

Simi Valley is home to numerous productions since the city welcomes filmmakers to take advantage of its unique geography, not to mention its closeness to Los Angeles. Simi Valley has developed a reputation for quick and friendly service and easily obtainable permission policies, which has made it a preferred shooting spot for numerous projects. The film office helps teams find the locations they need – from places known to locals to spots where the crew can set up base camp.

Although reports indicate that filming is off to a slow start in the region, ‘Haute Dog’ is definitely showing the way to bigger productions. Apart from the reasons listed above, Simi Valley is preferred by many for the availability of a trained professional crew that can assist in post-production processes. Besides, the studio system also comes in handy for a grooming show like ‘Haute Dog,’ which has to be filmed entirely inside. Any process after shooting can also be wrapped up there itself if the studio’s resources are reliable.

Thus, ‘Haute Dog’ has made the smart choice of shooting in Simi Valley, which has all the resources that one might expect in Hollywood. At the same time, it is a bit removed from the hustle of the city. It has enabled the show to implement safety measures and pull off the shoot effortlessly.