Are Heather and Tarek From Selling Sunset Still Together? 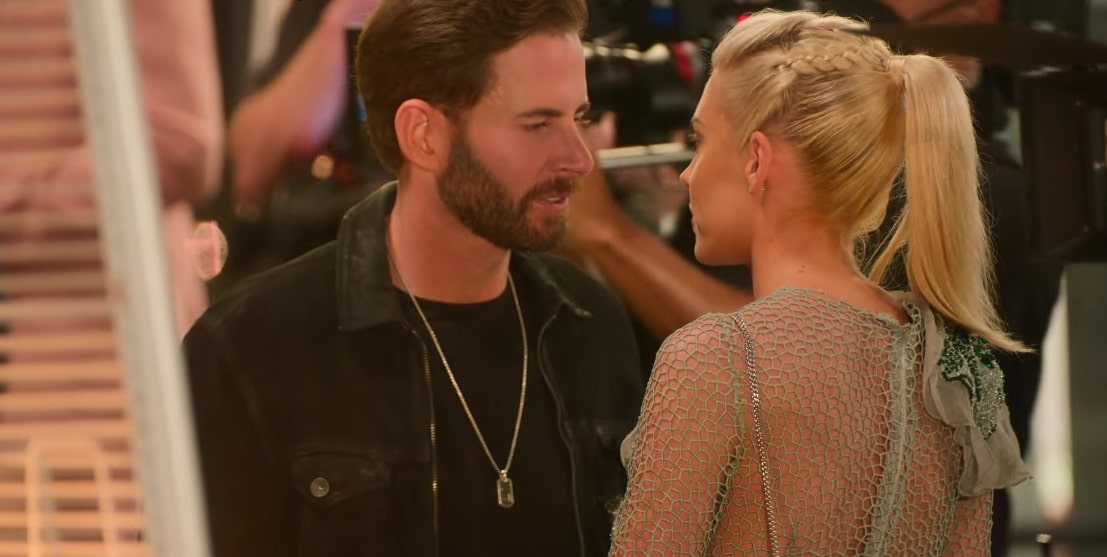 There’s no denying that Heather Rae-Young and Tarek El Moussa’s romance has been nothing short of a whirlwind to rival all others. Being public figures, they’ve not only had to balance their work and familial life but also face needless backlash for their every move. Thankfully, though, it has only helped them grow closer and stronger instead of tearing them apart, as it very well could have. Thus, after two years, now that the ‘Flip or Flop‘ star has made his debut appearance on his girlfriend’s show, Netflix’s ‘Selling Sunset,’ let’s find out more about them, shall we?

With the help of mutual friends and pure chance, Heather and Tarek met for the first time on July 4, 2019, while celebrating the holiday. While he was on his yacht, docked at Woody’s Wharf in Newport Beach, she was on a neighboring one simply enjoying her time before they somehow found themselves on the same vessel. It was love at first sight, yet a recently single Heather still declined to have dinner with him, only to agree to drinks later on. That particular date spanned six hours and then continued through FaceTime, so they’ve been inseparable ever since.

In fact, on their second date (July 22, 2019), they decided to commit to one another, and four days later, they were living together. By the fifth, Heather and Tarek had gladly exchanged “I love you’s,” later confirming their relationship to the world in early August. Their decision to go public came after they were photographed getting cozy on a yacht on July 28. Moreover, when the news broke, Tarek admitted that he had already introduced Heather to his former wife, Christina Anstead, and their two children, Taylor and Brayden, making her a part of the family.

From then on, it seems like the couple has tackled every issue that came their way. They went on family vacations to improve bonding, moved into a rental home to assure intentions, and in September 2020, they bought their dream home for stability and security. On Heather’s birthday, Tarek even surprised her by gifting her a Ferrari convertible – her dream car – but that wasn’t nearly as romantic as his surprise proposal mere days after their first anniversary. Since then, they’ve been in bliss and have successfully communicated to face the drama of her world.

Yes, they are! Heather and Tarek officially tied the knot on October 23, 2021, in Santa Barbara to become Mr. and Mrs. El Moussa. “I married the love of my life today,” the real estate agent penned in an Instagram post. “My sweet man, my everything. Cheers to forever and then some.” On the other hand, the house flipper appropriately declared, “WE’RE MARRIED!!!! Flipped her name for good. 🙏♥️.” We should mention that the couple documented every aspect of their wedding, so you can check out ‘Tarek & Heather: The Big I Do’ when it premieres on HGTV on December 16. This special will also be available to stream on Discovery+.

The newlyweds have since honeymooned in the Maldives and returned to work, yet they’re also planning their future. Not only are they talking about having babies, but they are even “practicing having babies,” as per Tarek during an interview with E! News ‘Daily Pop.’ “I’m more open to it because our life is already crazy,” Heather added. “We’re raising two kids [Taylor and Brayden]. I’m already a mommy. So I’m like, well, why not have just one more? We’re going to freeze embryos first, go from there and then see what happens.” The fact that Heather made vows to Tarek’s kids at their wedding makes it evident that they hope to be a big, happy family.

Read More: Are Chrishell Stause and Jason Oppenheim Together?