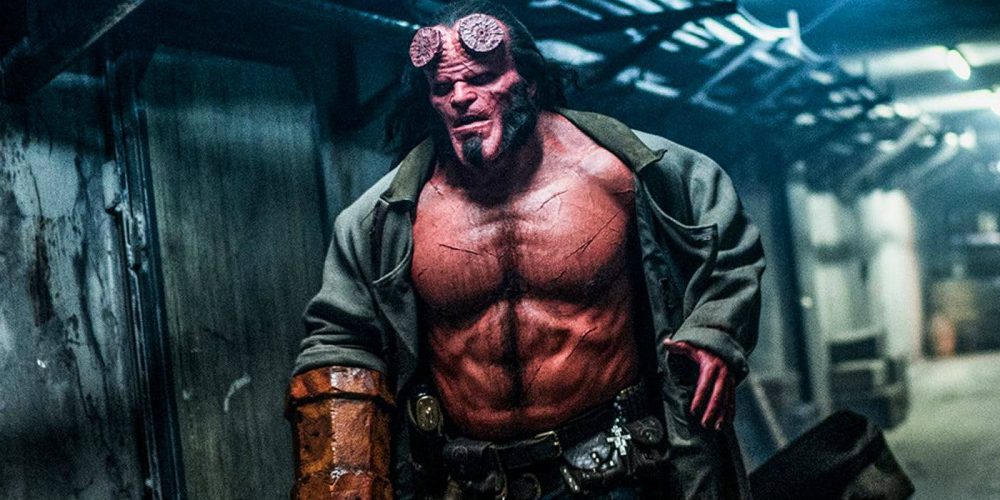 The new ‘Hellboy’ reboot is landing in theaters soon, in a few weeks, and promises to present a fresh take on the character. David Harbour, who plays the titular Hellboy in the upcoming film, got candid about the role and spoke about how ‘Deadpool‘ and ‘Logan‘ influenced the film.

In an interview with Joblo he said, “Whereas Aeschylus and Sophocles were maybe writing The Avengers movies, here you have Euripides coming in with this darker version of Elektra or something that is like nastier and gnarlier. And so when I read the script, that’s what excited me, and it wasn’t like those Marvel movies that we see. It was very different, but it had a very compelling story and it was very in line with the graphic novels that I had been introduced to in like, my early 20s. So it was a lot darker and it was a lot scarier than those super hero movies are in general that I see. Although, like again, there are exceptions. Certainly, Logan, even Deadpool and I mean, they sort of are inspirations, there are Logan, Deadpool, and the Chris Nolan sort of Batman universe.” Harbour’s ideas about the influence for the tone of the upcoming ‘Hellboy’ movie is unsurprising since quite a few comic books inspired movies have hit the screen since Guillermo del Toro came out with his version of ‘Hellboy’. Since then there have been some dark and violent entries in the world of movies and one might expect the upcoming ‘Hellboy’ to draw on them.

Notably, this is not the first time Harbour has drawn attention to the weirder and darker take that the reboot is trying to present while contrasting it with the performance and character aspects that Ron Perlman, the actor who previously played Hellboy, brought to the role. He had said, “It’s unique and odd. There are things that I’m gonna do that are different. Hellboy is the same character from the comics and from what Ron did, there are certain things that are the same thing, but I do think that—I don’t know, there’s a different approach because I sort of highlight different things, I think than Ron does. Ron sort of embraces this machismo in himself and in Hellboy, and I really like it and it’s super fun and it’s a super fun performance. But I think Hellboy has a certain psycho dynamic, where occasionally he has to prove that he’s the lion, has to roar, and I think he struggles with his own masculinity. But I don’t think he needs that as much as maybe those other movies. I have a bit of a different take on his capability or his slickness. I sort of think that for me he’s a little less skilled at constructing that persona.”

For those unaware, the upcoming ‘Hellboy’ film will take a fresh look at how the character came on earth and how Hellboy tries to find his place amongst humans while also trying to save all of humanity from the powers of the Blood Queen, Nimue, played by Milla Jovovich. ‘Hellboy’ is based on the Dark Horse Comics character of the same name, created by Mike Mignola. The upcoming ‘Hellboy’ movie will be arriving in theaters on April 12, 2019.