Here Are All the This is Us Filming Locations 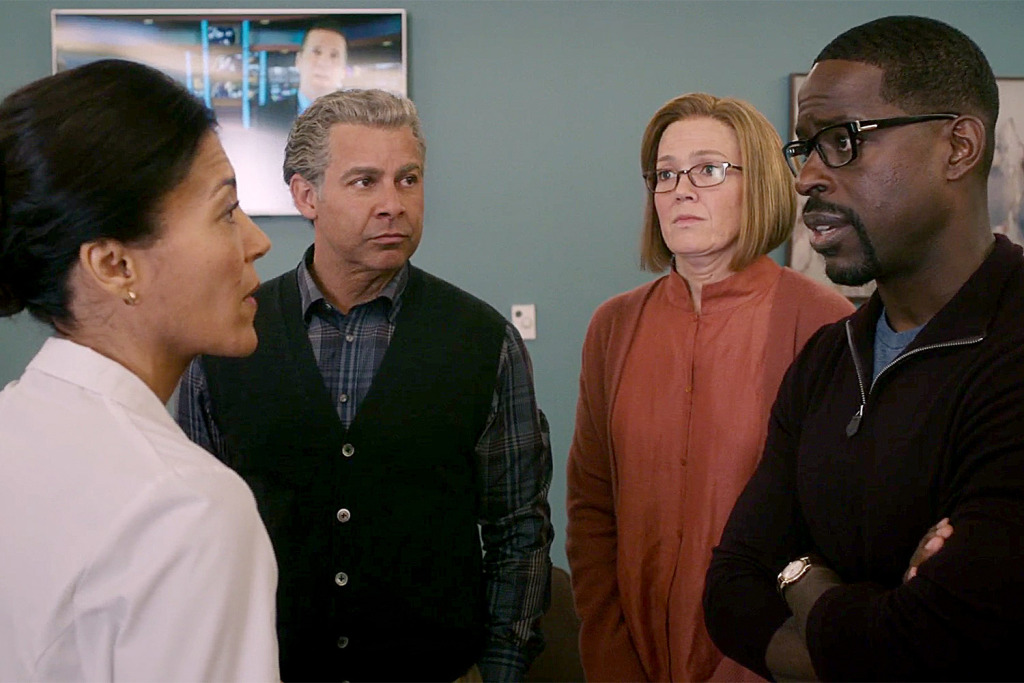 ‘This is Us’ is a drama television series that has become exceedingly popular of late. The dramedy is notable for making viewers oscillate between wide smiles and tissue-exhausting tears. It tells an epic story about three generations of the Pearson family.

The show follows the siblings Kevin, Kate and the adopted Randall who go through various personal conflicts. It persistently jumps back and forth in time, also concentrating on the childhood years of its characters and their parents’ relationship.

Where is ‘This Is Us’ Filmed?

Yep, like a lot of American productions, ‘This is Us’ is almost entirely filmed in Los Angles, California. Most of the locations shown on the series are located within the city. The interior shots, on the other hand are filmed on Stage 31 and Stage 32 in Paramount Pictures Studios, Los Angeles.

Let’s start with the Pearson family home as that is where everything started, right? The actual house which was used to film scenes set in the Pearson family home’s exterior is located on 5233, Shearin Avenue in Eagle Rock, Los Angeles. The house was built in 1910 and also appeared in the 1985 ‘Teen Wolf’ movie.

Moving on, the most frequented location on the show is Randall’s house. The colonial-style home is actually located on 1090 Rubio Street in Altadena, California. The house is shown to be located in New Jersey on the show. It has featured on various other productions as well. For instance, it was the Camden family home in ‘7th Heaven’ and has also been seen in ‘The Mentalist’ and ‘Can’t Hardly Wait.’

Moreover, Rebecca and Jack are depicted to frequently visit a local bar known as Froggy’s. The place is actually a reference to the real-life Downtown Froggy’s in Pittsburgh which shut in 2003. The actual place where scenes set in Froggy’s are filmed is Godmother’s saloon on 302 W 7th Street, San Pedro, California. The place has appeared on ‘Dexter’ as well, in its third season as the Blue Room bar. On ‘This is Us,’ Froggy’s is the place in whose restroom the triplets were conceived.

Kate’s house on the other hand is quite lovely and luxurious too. The duplex where the character lives is actually located on 139-141 N. Mansfield Avenue in Hancock Park, Los Angeles. It was built in 1928 and has been declared a City Historical Monument.

In the beginning of the first episode of ‘This is Us,’ Kevin’s Hollywood mansion is seen. The modern, ultra-luxurious house with a pool in its balcony is actually located on 2100 Castillian Drive in Hollywood Hills. Apart from the mansion, he is also shown living in a hotel room which is actually Marriott’s W Hollywood Hotel on 6250, Hollywood Boulevard.

After the (SPOILER) tragic death of Jack, Rebecca starts to live with his best friend, Miguel. The house where they live is actually located on 427 S. Lucerne Boulevard in Hancock Park, Los Angeles. It was built in 1923 and has also appeared on shows like ‘Scandal,’ ‘90210’ and ‘Gilmore Girls.’

Apart from the above-mentioned recurring locations, several places depicted in the show have become iconic for its fans. The swimming pool in the show’s fourth episode, for instance will be remembered by several viewers. The scenes set in the pool were actually filmed at the Petroleum Club on 3636 Linden Avenue in Long Beach, California.

Moreover, the fat camp that Kate goes to is shown to be rather beautiful in a rustic yet upscale way. The place where scenes set in the camp were shot is a private property on 14400, Sunset Boulevard in Pacific Palisades, California.

Furthermore, two theaters are shown on the show. The first one is the Manhattan Theater Exchange. This is a completely fictional place and no such theater exists in New York City. The scenes were filmed at Paramount Studios. However, scenes set in the second theater, where Kevin successfully performs in front of his family are filmed at a real place. They are shot at Los Angeles Theatre Centre on 514 S. Springfield Street in Los Angeles.

Moreover, several scenes of the show were also filmed at the Los Angeles Public Library, as evidenced by the following tweet:

Furthermore, Lake Piru, north of L.A. served to be the filming location for the fourth episode of the third season, ‘Vietnam’ and doubled up as…Vietnam. The show has also filmed on multiple streets in L.A., as shown in the tweet below:

Spending some time with my brother @dannymears this weekend and stumbled upon an upcoming @NBCThisisUs filming location. Excited to see episode 8 and which Pearsons will be here. ❤️❤️ pic.twitter.com/Go0Oc443HC

Apart from Los Angeles, a few scenes of ‘This is Us’ have been filmed on a few other locations outside the state too. For instance, a few scenes set in Vietnam and chronicling Jack’s past were actually filmed in Vietnam (except for the episode, ‘Vietnam’ which was filmed in Lake Piru). Moreover, the episode with the road trip, ‘Memphis’ was actually shot in Memphis while a few sources have noted how a single scene might have actually been shot in New York.