He’s All That Ending, Explained 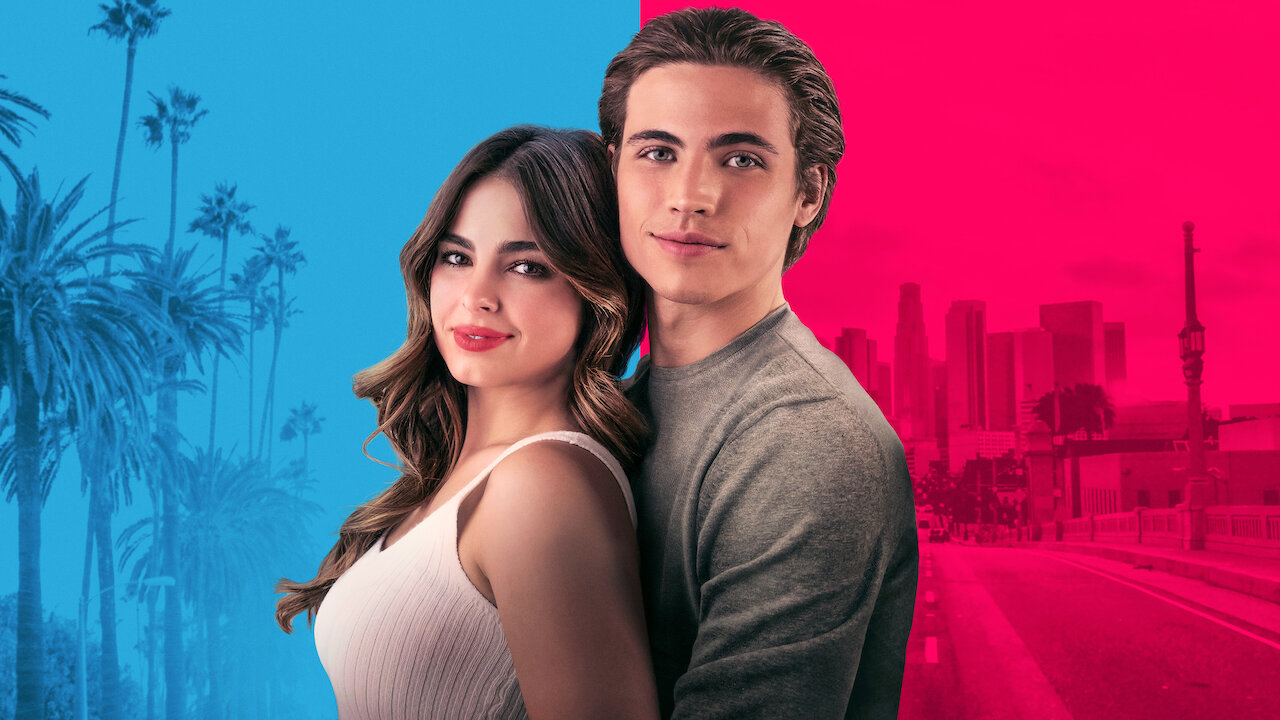 ‘He’s All That’ is a teen romantic comedy set in the world of Instagram and Tik Tok where a social media celebrity finds her online persona falling apart after a disastrous live stream. In an attempt to mend the damage, she decides to turn the most unlikely boy in her grade into the most popular one. Of course, as things usually go with on-screen teen romances such as this, the two central characters start on opposite ends of the spectrum and manage to meet somewhere in the middle. But is it enough for Padgett and Cameron to overcome their vastly different outlooks in order to find love? And what is that big “lifetime” bet with Alden all about? Let’s take another look at the sugary social media romance of ‘He’s All that.’ SPOILERS AHEAD.

He’s All That Plot Synopsis

The film opens with Padgett waking up and putting on makeup, only to then get back into bed and begin streaming a morning video for her massive online fan following whilst pretending to just have woken up. We soon learn that Padgett has got lucrative sponsorship deals from fashion brands and helps her overworked mother (a nurse) pay the bills from time to time.

However, most of her earnings from her online profiles go towards her college fund. She soon sets off with her friends to surprise her boyfriend, Jordan, only to find him in the arms of another woman. Unfortunately, the messy breakup that ensues gets filmed and live-streamed by Padgett’s friend Alden, resulting in the former’s followers seeing a less than perfect side of her. This soon results in the aspiring social media celebrity losing many of her followers as well as her main sponsor, Bunny Venom.

In a bid to regain popularity, Padgett picks the “odd duck” of her class, Cameron, and promises to turn him into the prom king, hence proving worthy of her title — “the makeover girl.” To begin with, Cameron doesn’t take Padgett seriously. However, when the girl seems genuinely interested in Cameron’s secretive lifestyle and obsession with horses and photography, he begins to come around and even takes her to one of his favorite haunts in the city — Union Station. There, the two talk, and we find that Cameron’s father lives in Sweden and that his mother passed away four years ago.

Padgett also talks about how her parents are separated and then invites Cameron to the Gatsby-themed birthday party of her wealthy friend Alden. In preparation for the party, Padgett gives an uneasy Cameron a makeover. It is a success, and the boy, generally not noticed during school hours, turns heads at the party. However, things get unpleasant when Padgett’s ex-boyfriend tries to make a move on Cameron’s younger sister Brin.

A fight breaks out and, after losing, an embittered Jordan throws Cameron’s precious vintage camera into the pool. The next day, Padgett goes over to Cameron’s house to apologize, and the two kiss. Shortly after, Cameron decides to ask Padgett to the prom and does so at school. However, before Padgett can answer, her friend Alden, who is revealed to have been plotting against Padgett, blurts out that she was only using Cameron to prove a point. Heartbroken, Cameron leaves and decides not to go to prom.

He’s All That Ending: Do Padgett and Cameron Get Together in the End?

In the hours leading up to prom, Padgett realizes how everything that she’s built on her social media is fake and that her biggest concern is not to lose Cameron. She, nevertheless, goes to the prom and asks Brin to try and persuade Cameron to come too. As expected, Padgett wins prom queen but instead goes on stage and talks about how her perfect persona is fake and that all she cares about is not losing Cameron. 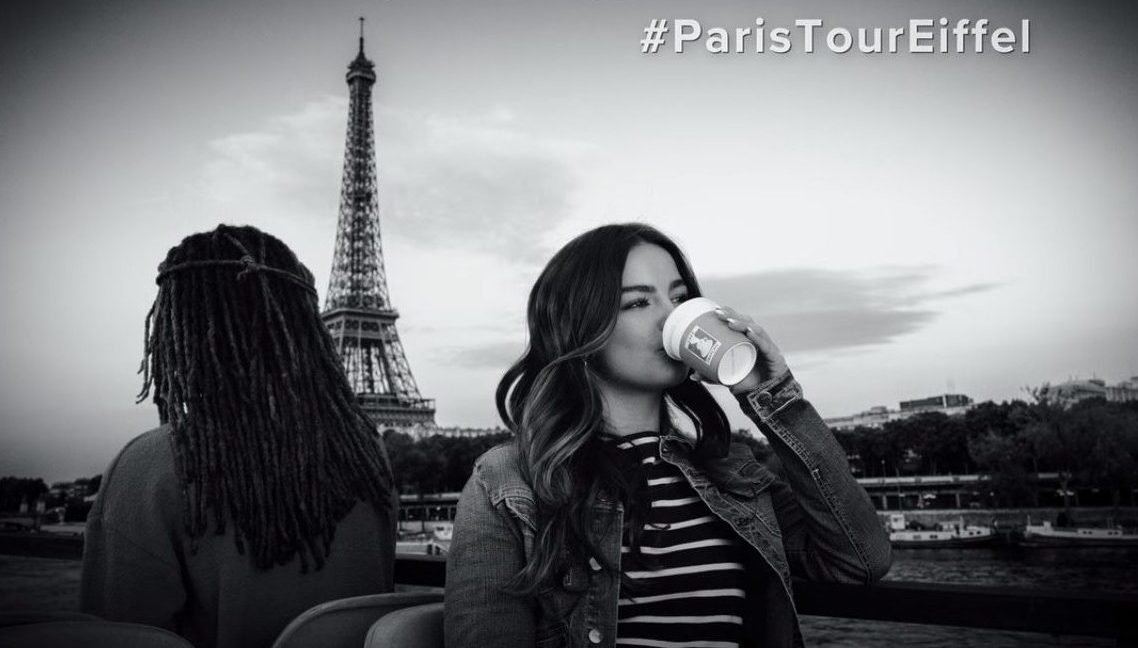 As she steps out of the party, Cameron rides up on a horse, and the two kiss. The film’s closing scenes then show the two horseriding and traveling around Europe together. So, it looks like Cameron and Padgett do get together in the end and that their relationship is for real and not just a high school fling. In the film’s closing scenes, we actually see the two living out each other’s dreams together.

In an earlier scene where the two open up to each other, Cameron reveals that he wants to travel the world while Padgett admits she’s always dreamed of going to Paris. The film closes with pictures of the two in Paris and a few other countries, likely symbolizing how their individual dreams have now become shared dreams that they are embarking on together. The fact that they get matching tattoos, though a little cliche, also shows that they’re both quite attached to each other to take such a significant step together.

Why Does Cameron Go to the Dance in the End? Who Wins Prom King and Queen?

Cameron, despite possibly knowing the Padgett genuinely likes him even though she initially tried to use him to regain popularity and win a bet, still decides not to go to prom. His character, which is full of cynicism since the beginning, seems to have been waiting for something to go wrong, and when it does (by Alden revealing the bet), he quickly walks away. It is actually his sister, Brin, who finally convinces Cameron to come back to the party and mend things with Padgett.

In an especially emotional moment, Brin breaks down as she explains to her older brother that he’s like his old, cheerful self when he’s with Padgett. Since the death of their mother, she reveals, he’s been closed off and cynical and that she felt like he was back to his usual self when he was around Padgett. This finally convinces Cameron to let go of his fears and pessimism and repair his relationship with Padgett, which he does. In fact, it seems like he only comes to prom to patch things up with her, as the two then don’t seem too interested in the party that’s going on in the background. However, riding in on a horse is a truly “prom-worthy” touch by Cameron.

The prom king is awarded to Padgett’s vain ex-boyfriend, Jordan. Padgett, of course, wins prom queen but refuses to accept the award after her revealing speech. In a satisfying twist, Padgett’s backstabbing friend Alden doesn’t even get the runner-up award, which goes to the anti-establishment and seemingly less popular Celeste, who pushes Jordan aside after accepting the award.

What is the Bet Between Padgett and Alden? 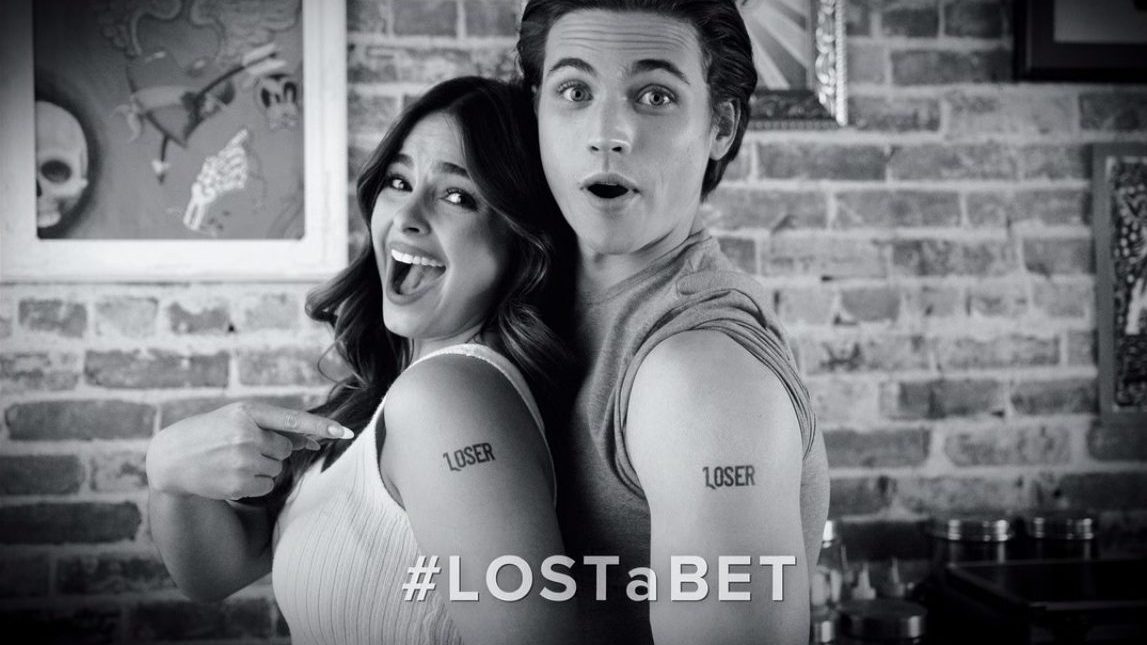 Padgett and Alden seemingly have a hefty bet in the works, which comes into effect when Padgett takes on the challenge of making Cameron the prom king. Despite Alden repeatedly taunting Padgett, the latter continues to uphold the bet, even when her loss seems certain. In the end, the bet is revealed when Padgett and Cameron are seen getting a “Loser” tattoo together. Hence, losing the bet apparently involved getting the word “Loser” tattooed on oneself, which Padgett and Cameron actually manage to turn into a symbol of their relationship.

Does Padgett Get Her Social Media Sponsor Back?

In the end, it is not revealed whether Padgett gets her lucrative sponsorship deal with Bunny Venom back. However, she definitely has more followers than she had at the start of the film, and her new, changed, less shallow persona seems to be even more popular online. Considering she’s still likely saving up for her college fund, Padgett might have gotten other (possibly more) lucrative social media deals that are in line with her new approach to life.

Read More: Will There be a He’s All That Sequel?