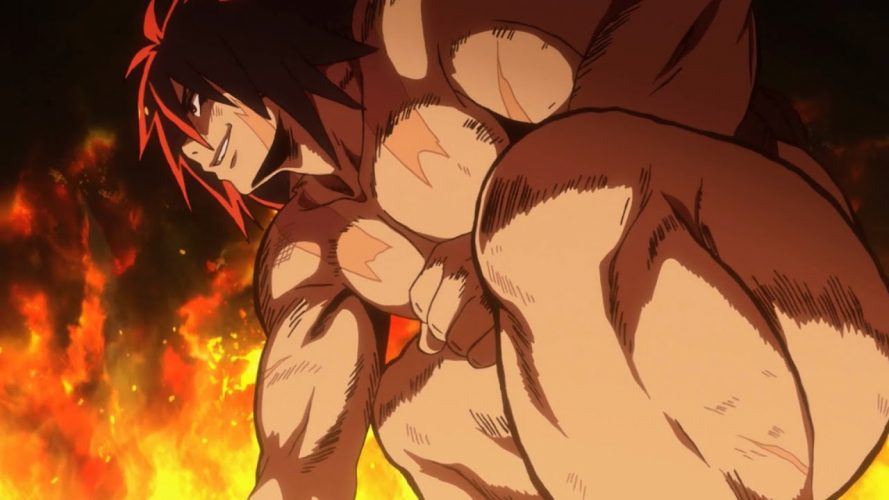 Hinomaruzumou (also known as Hinomaru Sumo) is a Japanese sports anime television series which is based on a manga series of the same name. Written and illustrated by Kawada, the manga series began serialization in the Weekly Shōnen Jump magazine on May 26, 2014, and came to an end of July 22, 2019, after spanning a whopping 252 chapters. Almost half a decade after the initial publication of the manga series, famed Japanese animation studio Gonzo announced plans to adapt the manga series into an anime television series and subsequently, Season 1 of Hinomaruzumou made its way to viewers’ screens on October 5, 2018. The show received pretty decent ratings and was deemed to be a faithful adaptation of the manga series. Since then, fans have been waiting to hear news on a second season and here’s everything we know about the prospects of Season 2 of Hinomaruzumou thus far.

Hinomaru Sumo Season 2 Release Date: When will it premiere?

Hinomaru Sumo season 1, consisting of 24 episodes, premiered on October 5, 2018 and ran till March 29, 2019. While Season 1 was quite popular in Japan, a second season has not been announced yet, and it remains to be seen whether the show gets a second season.

Typically, we would say that there’s no reason to worry if you’re looking forward to a second season of the show. But the 252 chapter-long manga series would also typically be reason enough to believe that a second season could be a strong possibility. However, there’s also a strong possibility of a second season not being made. Blu-Ray and DVD sales of Hinomaruzumou were abysmal, and hence, a second season might not be financially viable. Additionally, we’re in the dark about how the show fared in terms of streaming revenue, so a poor performance on this front could add to its financial woes. Considering everything, it’s impossible to say for now whether a second season will be made. We’re keeping our ears open for news on Hinomaru Sumo season 2 release date, and we’ll update this section as soon as we hear something reliable.

For those who like watching anime shows in English, the good news is that Hinomaruzumou has an English dub in spite of its very average performance among Western audiences. If you want to watch the show in English, you can find dubbed episodes on Crunchyroll.

As mentioned earlier, Hinomaruzumou is a sports anime, and the sport it focuses on is that of sumo wrestling.

Much of the show revolves around the unknown and unaccomplished sumo club of the Oodachi High School and a student named Hinomaru Ushio. An aspiring sumo wrestler, Hinomaru approaches the club to make his dreams come true, but his success as a sumo wrestler seems unlikely, owing to his small stature. In a sport dominated by the words big and heavy, Hinomaru seems to be an underdog who is doomed to fail.

Hinomaru Ushio: The titular protagonist of the show, Hinomaru started off as a promising sumo wrestler in elementary school, but his career as a sumo wrestler stalled in middle school, owing to his small stature. In spite of this setback, Hinomaru makes a return to sumo wrestling when he joins the sumo club of the Oodachi High School. Despite his diminutive stature, Hinomaru proves to be quite the wrestler, and he eventually makes his way to the top rank in professional sumo wrestling. In terms of his personality, Hinomaru is shown to be a relentless individual with a gung-ho attitude, and he stops at nothing till he achieves his goals, even if it costs him his health. As a sumo wrestler, Hinomaru is undersized, but makes up for his shortcomings owing to his extremely muscular stature and low centre of gravity.

Shinya Ozeki: Another important character in the show, Shinya is also a sumo wrestler and is the head of the sumo club at the Oodachi High School. After Hinomaru joins the Oodachi High sumo club, Shinya becomes his sparring partner. In terms of his personality, Shinya is shown to have great mental fortitude and, like Hinomaru, is relentless and unforgiving when it comes to the sport. As a sumo wrestler, Shinya’s biggest strength is his lower body strength, and he uses this to devastating effect during matches.

Yuma Gojo: Also an important character in the show, Yuma is the older brother of regional karate champion Reina, and is a karate enthusiast-turned-sumo wrestler. After Yuma joins the Oodachi High sumo club, he gets greatly influenced by Hinomaru and his hardworking attitude. Consequently, he takes up sumo wrestling, and his wrestling style is a mixture of karate and sumo techniques – something which makes him a unique opponent to fight against.

Chihiro Kunisaki: Another important character in the show, Chihiro is an aspiring mixed-martial artist who joins every combat club possible in the hopes of improving his combat prowess. A naturally talented fighter, Chihiro is shown to be someone who can quickly learn his opponent’s moves, and this makes him an opponent to contend with. He is known for wearing a lucha libre mask and white nasal tape.

Read more in anime preview: Run with the Wind