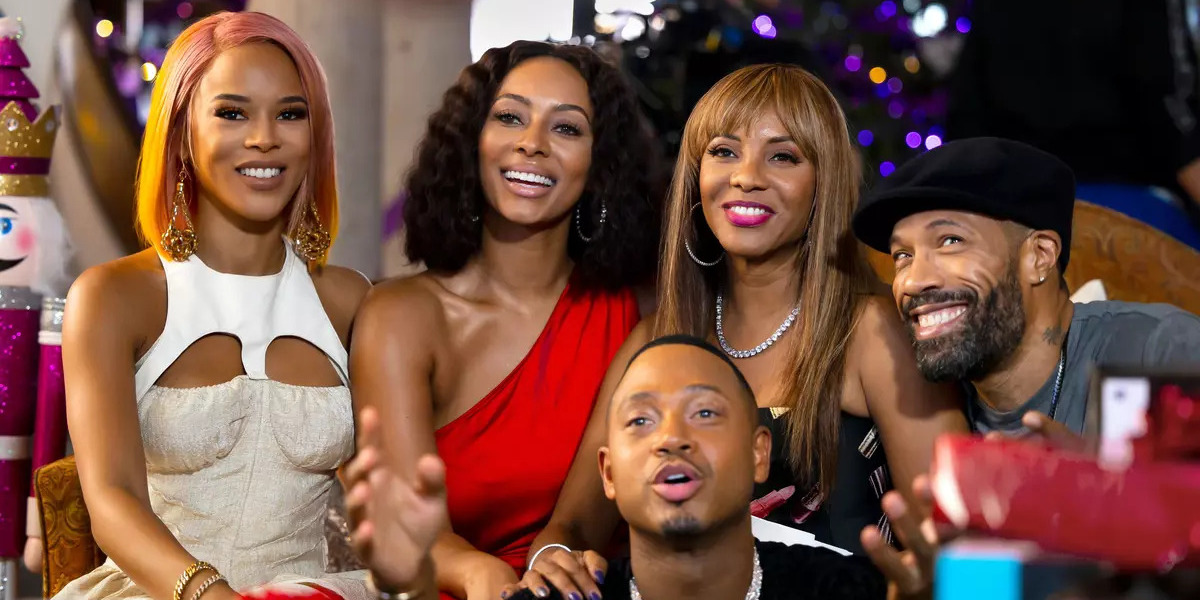 The festive season is all about togetherness and spending time with family. Directed by Greg Carter, VH1’s original Christmas special family drama ‘Hip Hop Family Christmas’ gives off a warm and fuzzy feeling. The story revolves around the Nixons, one of hip hop’s most famous families. Tainted and tattered by negative press, they try to bring the family together with a Christmas special. Thus, a drama kickstarts, replete with promises of the new by rekindling the olden feelings. The movie features a star-studded cast ensemble, much drama, and holiday vibes. But you must wonder where the movie was filmed. Also, who among the cast do you recognize? Let’s get into all the details!

‘Hip Hop Family Christmas’ was filmed in its entirety in Texas, especially in and around Houston. Principal photography took place at the beginning of fall 2021. The movie is jointly produced by Foxxhole Productions, MTV Entertainment Studios, and Nexus Films. Texas boasts a passionate filmmaking community and production scene.

Although the creative opportunities of the region can hardly be compared to California or Louisiana, Texas still holds SXSW, one of the biggest film festivals in the country. Moreover, students from all over the country get enrolled in the film school at Austin to learn the craft of filmmaking, and finding technicians are thus not tricky. For these reasons and the added tax benefit, several filmmakers have been to the state in the past. Let us now take you to the specific locations where the movie was filmed!

Almost all of the movie was filmed in Houston, a vast metropolis in southeastern Texas. The crew filmed extensively in and around the region. The Christmas spirit was in the air, and the whole cast and crew soaked them in. The presence of Terrance Jenkins added a new level of excitement as he took his boombox along with him. As co-star Keri Hilson recollected in an interview, Terrance would do these Christmas numbers, which got the whole team in the mood.

Keri was friends with Terrance and Ne-Yo, which catalyzed the production process and helped create the magical ambiance. Terrance also took the trouble to share some exciting BTS photos with the fans on his Instagram. Houston brims with a vibrant outpour of culture day and night. Home to classic rap acts like the Geto Boys, Houston features an electrifying rap scene. Some of the city’s famous attractions are the Houston Zoo, The Museum of Fine Arts, and the Buffalo Bayou Park Cistern.

Hip Hop Family Christmas Cast: Who is in it?

The hip-hop affair has considerable star power. Serayah of ‘Empire’ fame takes up the role of Kelsey Nixon, alongside Keri Hilson, who dons the garb of Jessica Jasmine Nixon, and Terrence Jenkins, who plays the character of Blare Nixon. Singer-songwriter Keri Hilson has also appeared in movies like the science-fiction thriller ‘Riddick,’ while Terrance’s previous titles include ‘Think Like a Man.’ Famous rapper Redman appears as Donnell Nixon, the father of the family, while MC Lyte essays the character of Tina Nixon. Shaffer Chimere Smith, who is better known by his stage name Ne-Yo, portrays the role of Jayson Shannon.