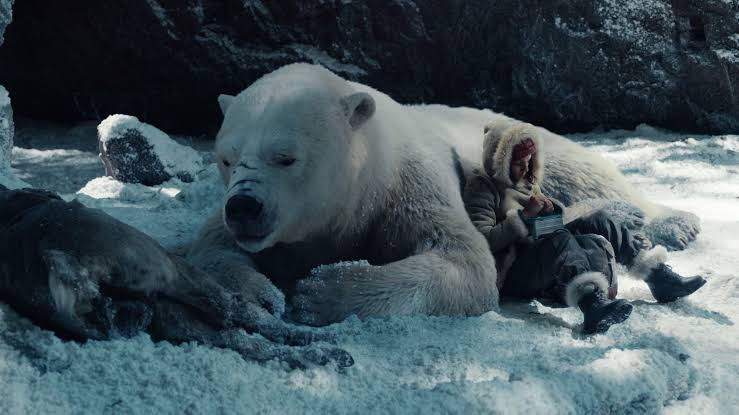 Philip Pullman created a fantastic world, or rather, worlds with ‘His Dark Materials’ trilogy. There are many fascinating things about it; it is rife with mysteries and is driven by unhindered imagination. But there is something more to it than that. Under the cover of this fiction, in the guise of the fictitious organizations that appear in this story and the things they do, he has slipped in the ugly truths of the world that we live in.

Be it the scientific discussion of Dust and the existence of parallel worlds or the political commentary on the orthodoxy of religious institutions and the governments that run under their effect to curb free-thinking and things like “scholastic sanctuary”, Pullman never hesitated in speaking his mind. The daemons in Lyra’s world, which serve as the soul of people, is another point where he goes into the depths of philosophical ponderings about what it means to have a soul. In ‘The Northern Lights’ aka ‘The Golden Compass’, he also gives a look into what it means to not have a soul. In the fifth episode of the television adaptation, we witness that effect on the screen.

After securing the alliance of an armoured bear and an aeronaut, Lyra and the Gyptians move North towards Bolvangar. Farder Coram meets with Serafina Pekkala, and while taking a short and sad trip down the memory lane, she tells him about Lord Asriel’s research into other worlds. Meanwhile, while consulting the alethiometer, Lyra comes to know that there is something strange, probably a ghost, in an abandoned fishing village and she needs to go there. Despite some resistance from Farder Coram, she receives the blessing of Ma Costa and John Faa to race up there with Iorek Byrnison and find out what horrible thing has happened there. Parallel to this, we find out that Lord Boreal is still in the other world, keeping a watch over John Parry’s family. Finally, Will makes an appearance and the stage is set for the events that are set to transpire over the course of the next three episodes.

‘The Lost Boy’ is a mixed feeling. When last week, ‘Armour’ brilliantly delivered on some key events in Lyra’s journey, it was believed that the show had finally found its footing and that, going further, it would only get better. But still, it fumbles a bit. But first, let’s focus on the things that it gets right.

This episode introduces Will Parry to us. He is Lyra’s counterpart in the other world, which means we have both of our protagonists now. Had things happened rigidly according to the books, he wouldn’t have appeared till the second season. But we have him now, and by far, Amir Wilson is doing a great job of bringing the character who is not just beloved but also has not been portrayed before on the screen. The episode serves as a great contrast between him and Lyra.

While one is ready for adventure and is growing more confident about her skills as someone who is too intense to not be noticed (much like her parents), the other is tough and caring but looks to remain in the shadows. Will’s arc, the relationship with his mother and the absence of his father, is beginning to take shape and I have some idea of how it will progress towards the finale. Though I still have my reservations about the merging of The Subtle Knife into the first season, this episode makes me somewhat hopeful.

Turning back to Lyra, we are now in the North. The scenery is breath-taking and Lyra’s ride with Iorek is the stuff that dreams are made of, though I still wonder why Pan wasn’t made visible during one of the most adventurous things in Lyra’s life! Also, shouldn’t there have been more snow? I was expecting something of the scale of beyond the Wall scenario from ‘Game of Thrones’, but I guess, one can’t have everything.

Another thing that bothered me while watching ‘The Lost Boy’ was Lee Scoresby. The show still seems unsure about how they see the character, which is why one moment he is detached and uninvolved and the next he is a paternal figure Lyra never had. We figure that it is supposed to happen, but it takes time and one episode isn’t enough to showcase such a transition. But that is the least of my concerns.

The scene with the severed boy, who happens to be Billy Costa, is supposed to be a heart-breaking scene. In the books, Pullman creates such atmosphere and emotion around it that you can’t help but think about your own soul. The show doesn’t quite manage to capture that emotion. While Anne-Marie Duff does give her best as Ma Costa and even though the set brilliantly recreates the same atmosphere, something seems missing. We don’t quite relate to it in the same way as we did in the books. I guess, some things are just lost in translation.