Hollywood Ripper’s Victims: Who Were They? 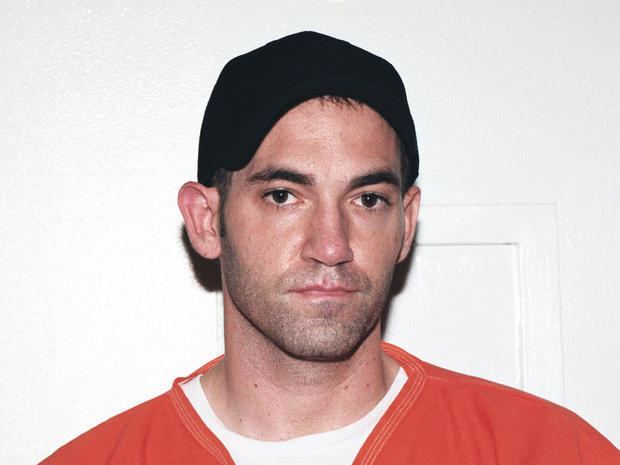 The Hollywood Ripper or The Boy Nest Door Killer, Michael Gargiulo, has been found guilty of murdering two women and for the attempted murder of another in California, along with being charged with the first-degree murder of an 18-year old girl back in his hometown in Illinois. The chilling and horrific way Michael took the lives of his victims was like he killed them just for the thrill of it. Not once did he steal something or sexually assault his victims.

Michael’s first known victim was the 18-year-old Tricia Pacaccio. Back in his hometown of Glenview, Chicago, Illinois, where he grew up, he stabbed and killed his neighbor and friend’s sister right outside of her house in August 1993. They grew up a block away from each other, and since Michael was friends with her brother, he was constantly at the Pacaccio household.

Although they were never friendly, they were present in each other’s lives. In fact, just two days before Michael jumped out of the bush to attack and savagely murder Tricia after she was returning home from an outing with friends, he and one of his friends drove her to her boyfriend’s house. And when authorities questioned him about the murder, he easily implied that his friend could be the one responsible for it, and it worked.

According to some reports, Tricia had been stabbed at least a dozen times, with some of them being fatal on their own, puncturing her heart and her lungs. She also had wounds on her abdomen and back, and her left arm had been twisted so much that it had snapped. Although DNA was collected from her fingernails, due to the limited technology at the time, they couldn’t identify the suspect. And when they could, they still couldn’t convict Michael because the DNA sample taken from Tricia was on a single swab; therefore, they had no way of being sure if it was from on top of her nails or from underneath it, which made all the difference in the world.

In 1998, Michael moved to Los Angeles to get away from all the scrutiny and suspicion, and a few years later, on February 21, 2001, he committed another crime by murdering Ashley Ellerin. The two had made acquaintances in the earlier months because they lived nearby, and since Michael had worked as a repairman, he had been over to her place to fix her heating.

On the night of her murder, Ashley had plans to go to a Grammy party with actor Ashton Kutcher, and because he was late, when she didn’t answer the door, he just assumed that she was mad at him and left. During his testimony in court, Ashton did say that he looked in the window before he left and saw what he thought to be wine stains. The next morning, her roommate, discovered the body of the 22-year-old Ashley.

She had been stabbed a total of 47 times, which included a neck wound that nearly severed off her head. She had punctures in her head, chest, and stomach, which made it seem the person who killed her was completely taken over by rage. Michael was a suspect in this case as well, but because there was no evidence, he couldn’t be charged.

Four years later, in El Monte, Michael killed the 32-year-old Maria Bruno while she was asleep. In an apartment complex, while she lived in number 20, he lived in number 34, and so, like Detective Mark Lillifield told CBS’s ’48 Hours,’ “He kind of has a pretty clear shot if he’s looking through the window right down to her place.” On December 1, 2005, while the single woman was asleep, Michael entered into her house and stabbed her 17 times. Her breasts were cut off, and her implants were removed, making the murder look personal.

This time, however, there was a little bit of evidence. A single blue cotton surgical shoe covering containing a drop of Maria’s blood was found outside her apartment. But that was it. Years later, when Michael was arrested, detectives searched his place and, in the attic, found a matching blue covering, which is how they were able to positively connect him to the murder.

Michael stuck again on the night of April 28, 2008, and this time it was in Santa Monica. Just like he did with Maria, he entered the home of 27-year-old Michelle Murphy while she was asleep and attacked her. However, Michelle fought back. She had stab wounds on her chest, shoulder, and right arm, but incredibly, she was able to fight back long and hard enough for him to run away. Apparently, he even uttered the words “I’m sorry” before he fled from her place.

While struggling with Michelle, Michael cut himself with his knife and left a trail of blood down the stairs and on the concrete while getting away from the crime scene, which is what ultimately led to his capture. He lived just across the road from Michelle, and within 24 hours, he was arrested and charged for her attempted murder, which led to all the dominoes falling, revealing his connection to all the previous murders as well.

All of his victims were beautiful young women, and it seemed like he was killing them for the sexual thrill, but he never once assaulted any of them. In jail ever since 2008, awaiting his sentence, Michael has allegedly told the authorities there that just because ten women were killed and his DNA was found does not mean that he was the one who murdered them. Leading everyone to believe that the Hollywood Killer has had more victims, but they remain unidentified as of yet. (Featured Image Credit: Los Angeles County Sheriff’s Dept.)