Since its debut in 2019, ‘Hostel Daze,’ created by Saurabh Khanna and Abhishek Yadav, has become a very popular show thanks to its shameless depiction of hostel and college life. The Indian comedy-drama show’s second season is a breezy, feel-good affair that takes us back to the National Advanced Technical Training Institute (NATTI) campus and drops us in the midst of familiar shenanigans.

Yesterday’s freshers are today’s seniors, and the gang comprising of Ankit, Chirag, Jaat, Jhantoo, Akanksha, and Nabomita are enjoying the perks of seniority. However, new challenges await them, ones that will unknowingly shape their futures. If you are curious to find out how the second year of the gang pans out, we’ve got you covered! Here’s what goes down in ‘Hostel Daze’ season 2. SPOILERS AHEAD!

In the second season, a new crop of freshers has arrived at the institute. Ankit, Chirag, Jaat, and Jhantoo are in their second year. Ankit and Jhantoo assert their dominance by ragging some of the new entrants. Meanwhile, Jaat, Akanksha, and Nabomita have their own elaborate plan to embarrass their juniors. On the other hand, Chirag saves a fresher from ragging and teaches him the laws of the jungle that is their hostel. 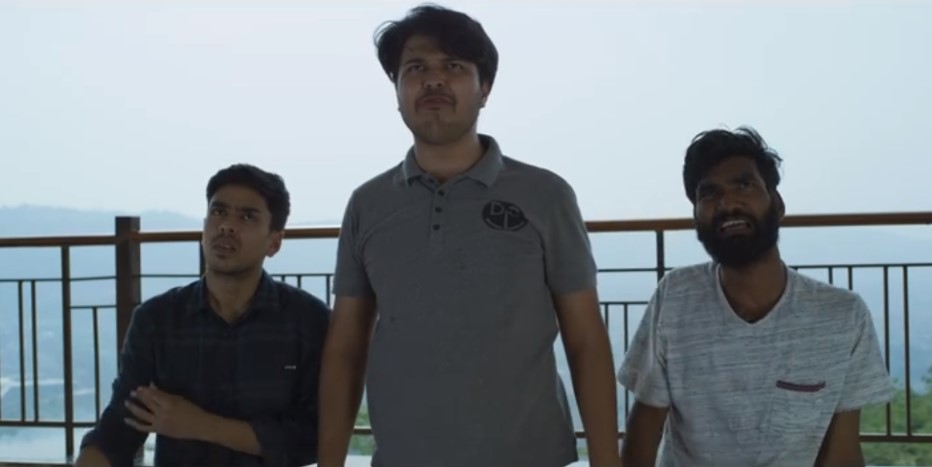 The gang (except Chirag) introduces themselves to the juniors and reveal they were just messing around. Their actions land them into trouble as a complaint has been filed against them. However, the gang escapes punishment when it is revealed that the complaint has been filed against Chirag. A fresher has become frustrated with Chirag’s overbearing attitude and complaints against him. In the end, Chirag is punished, and the gang learns their lesson.

Jaat develops a crush on a junior named Unnati. However, the girl ends up befriending Jhantoo instead. Jhantoo begins to romantically pursue Unnati forming a love triangle. This leads to a brawl between Jaat and Jhantoo. On Ankit’s advice, Jaat befriends Unnati’s roommate, Charu, to get close to his crush. Unnati reveals that Jhantoo misread her intentions, and she only befriended him to get close to her crush, Jaat. However, as Charu has also developed a crush on Jaat, the girls decide neither will date him. This prompts Jaat and Jhantoo to bury their hatchet.

Ankit’s friendship with Akanksha has been blossoming, and the two work on their assignments together. When one of Ankit’s friends gets dumped by his girlfriend for not staying clean and hygienic, Ankit decides to learn about cleanliness from Chirag to impress Akanksha. However, no matter how hard he tries, Akanksha is repelled by his hygienic behavior and remains unimpressed. When Ankit shows up at Akanksha’s room unannounced, he learns that Akanksha is also filthy like him. The two bond over their shared love for untidiness and kiss each other.

In the season finale, it’s the holiday season, and everyone is set to return home except Jhantoo. Ankit, Jaat, and Chirag arrive at their homes, only to realize that they miss hostel life. Meanwhile, Jhantoo tries to cope with living in an empty hostel.

Hostel Daze Season 2 Ending: Why Did Ankit, Chirag, and Jaat Return to the Hostel?

In the show’s most emotional episode yet, the friends part ways for the holidays. Ankit, Chirag, and Jaat have big plans for their vacation and are excited to return home. However, after returning home, they begin to miss the freedom they enjoyed in college. Jhantoo, who hasn’t visited his home in years, begins to feel lonely in the empty hostel and packs his bag to go home. However, as he is leaving, Ankit, Chirag, and Jaat arrive. The friends share stories of their home experiences and laugh as the season closes out.

Anyone who has lived in a hostel will certainly relate to the conundrum the friends are facing. Living in a hostel or away from home during your college years makes you independent, but after some time, one does crave the comforts of home. On the surface, it seems like the lack of freedom back home draws Ankit, Chirag, and Jaat back to the hostel.

However, observing the loneliness Jhantoo experiences in the empty halls and corridors makes us realize that it is the friendship that the guys are missing. Ultimately, an identity of a place is created by the people who live in it. Hostel might not have the comforts of home but does serve the comforts of friendship and independence, things that young adults crave during this phase of their lives. The ending also underlines that Jhantoo has more wisdom than he lets on and does not initially go home as he is fully aware he will miss hostel life there.

Are Ankit and Akanksha Dating?

In the penultimate episode, Ankit and Akanksha grow closer than ever thanks to their unorganized lifestyles. His friends have often teased Ankit for taking things at a snail’s pace with Akanksha. However, it seems like Ankit’s approach has worked as he gets a kiss from Akanksha in the third episode. We do not learn anything more about the status of their relationship in the season.

It is never explicitly confirmed if they are dating or not, but given the tender moment they shared, it is possible that their friendship has blossomed into romance. There is no reason not to believe that the two aren’t an item. However, considering the gossipy nature of an engineering college campus, it is likely that they want to keep things between them a secret. It is also possible that Ankit is still taking things slow, and while they are not currently dating, a relationship between Ankit and Akanksha could be on the horizon.