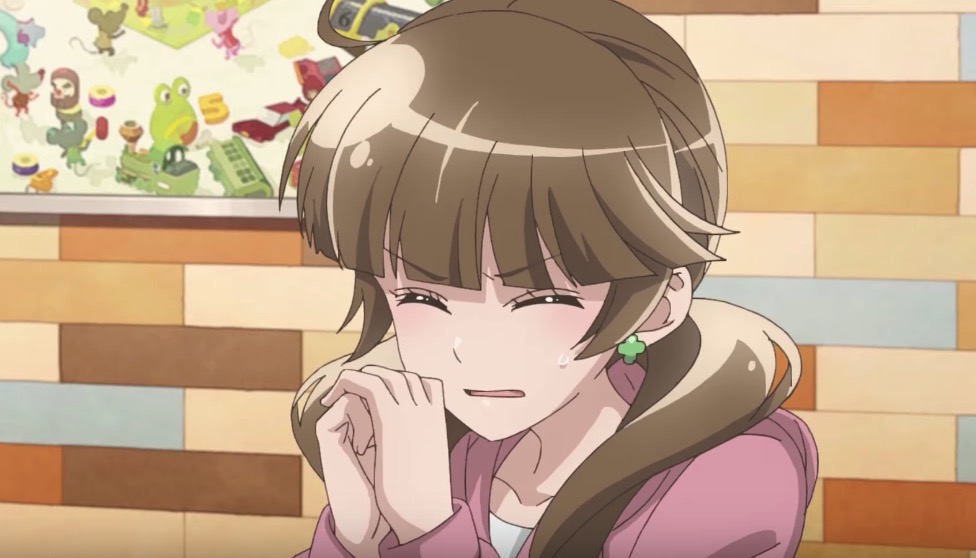 When it comes to the quality of its content or even its basic premise, ‘Houkago Saikoro Club’ or ‘Afterschool Dice Club’ is not the kind of anime that most would enjoy. But because of how wholesome and relaxing it is, one should certainly give it a shot. With each episode, its characters discover a new board game and end up playing it together.  With this, the anime not only focuses on its obvious coming-of-age themes but it also introduces you to a plethora of new board games and hobbies.

Animated by LINDENFILMS, which is also known for creating other well-known anime like ‘Tejina Senpai‘ and ‘Berserk‘, its animation style and quality are pretty good and very well suit the overall mood of the series. The character designs are brilliant and all characters have distinctive features and expressions that reflect on their personalities. In some ways, ‘Houkago Saikoro Club’ is also better than its source material. So overall, ‘Houkago Saikoro Club’ is one of those few anime shows that don’t strive to be great and are intentionally made in such a way that you can just sit back, relax and have a good time watching them.

After School Dice Club Season 2 Release Date: When will it premiere?

‘Houkago Saikoro Club’ season 1 premiered on October 3, 2019, and with a total of 12 episodes, it ended on December 19, 2019. So far, though it is not too popular, ‘Houkago Saikoro Club’ has been received fairly well by most viewers and even its rating on most platforms is pretty average. However, if we compare it with its original manga, the anime has not been able to perform too well.

Speaking of which, its source material has a total of 15 volumes and the creators of the show still have enough content for a whole new season. But considering how LINDENFILMS Studio is not known for creating sequels of most of its anime, it seems very less likely that they would renew an average anime like ‘After School Dice Club.’ In the unlikely scenario they do, ‘Houkago Saikoro Club’ season 2 might release sometime in 2022.

The English Dub of ‘Houkago Saikoro Club’ Season 1 is available on Funimation.

There are several anime shows that revolve around a certain sport and then there are others that are all about video games. Slightly different from all of these, ‘Houkago Saikoro Club’ is all about the lives of young school girls who enjoy playing board games after school.

Aya, the main character, is new in town and she ends up befriending Miki on her first day at school. Right after school, the two of them end up following the committee president Midori to a board game store. This is where they are somehow drawn to a German board game they know nothing about. Soon they find themselves plunging into the exciting adventurous world of board games.

Miki is one person of her class who rarely gets along with anyone because of her social awkwardness. Only the ones who are close to her know that she’s a really cool person. Later, she starts getting along with Aya and with this, she also becomes a part of the board games club. Though she still struggles to have proper interactions with people after this, she is able to make a few friends. In appearance, Miki is petite and she has blue hair and eyes. She is usually seen with a faint polite smile on her face.

Aya moves to Miki’s high school from Kyoto and is always curious about everything around her. She is a cheerful girl and unlike Miki, she is easily able to make new friends. Since she’s new to the school, for a while, she also remains quite naive towards her surroundings. Aya is a brunette and has big brown eyes. She always has a glow on her face and her joyous personality attracts others towards her.

Midori is, in a way, the leader of the Board games club and is also the class representative. She strictly follows rules and she is the one who introduces Aya and Miki to the world of board games. When it comes to her appearance, she is beautiful but also has a very dominating presence. She has short brown hair and sports a pair of red glasses.

Emilia is a beautiful young girl who, unlike others, is not Japanese. She is a transfer student from Germany who dreams of becoming a board game designer someday. She is also inspired by her father’s work who runs his own board game cafe. She has long blond hair and is always seen with a red headband. Her complexion is white and she has deep blue eyes. Like all the other characters of the series, Emilia is usually seen in her school uniform.

Takeru is the owner of the board game shop, Saikoro Club, who looks a little intimidating because of his heavy muscular appearance but he is actually a very kind-hearted man.