How Did Coliesa McMillian Die? 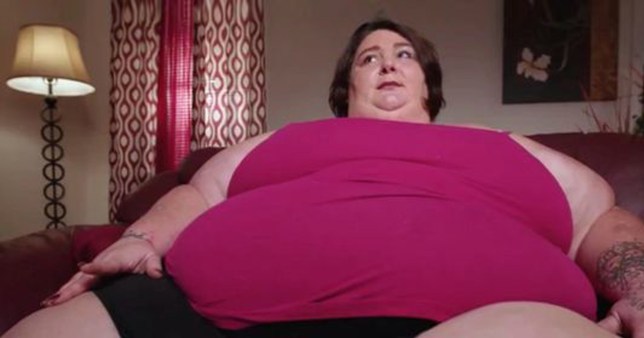 Coliesa McMillian, who appeared on the latest season of TLC’s ‘My 600-lb Life,’ tragically passed away on September 22, 2020, at the age of 41. Reports indicate that McMillian was at a Louisiana hospital when she met her demise. While no particular cause of death has been mentioned, her obituary states that her passing was ‘peaceful.’

When McMillian joined the series, she weighed 643 pounds but had managed to shed 150 lbs by the end. Although Dr. Now didn’t feel she’d lost enough weight to qualify for corrective surgery, he went ahead with it anyway, because Coliesa complained of stomach pains. The experienced doctor feared she might have a life-threatening intestinal blockage, which is why the surgery was greenlit. But, her niece revealed that there had been some troubles soon after the corrective process, and Coliesa had suffered hemorrhaging. She was placed on a ventilator and had medically flatlined for some time. Further, before appearing on the show, McMillian already suffered a heart attack at the age of 39. She came to the realization that her body would not survive another such ordeal unless she lost weight.

In the series, she disclosed, “I wasted my life on food. Just the hunger and the need and the desire. It has taken over my life, and I am exhausted. I am exhausted from this life. Life like this is not life. It feels like my body is trying to give up, I can feel it, but I can’t give up. I have to be here for my children.” You can see the clip below.

"Living like this is not living." Tune in to a new #My600lbLife tonight at 8/7c. pic.twitter.com/JTN73ULoqQ

McMillian has been battling complications arising from her weight loss process for some time now. Her health has been declining, as a post from June indicates. At the time, Coliesa was on life support and nearly died. You can see the post about it below on a support group.

While she made it back from the ordeal, McMillian was back in the hospital in August. See the post here, where she seems certain she’ll walk before Christmas.

Coliesa’s loss has been mourned by many, including TLC, who have been “saddened to learn of the loss of Coliesa McMillian, who shared her story on My 600lb Life.” They have offered the deepest condolences to her family during this difficult time. You can see the network’s official statement here.

TLC is saddened to learn of the loss of Coliesa McMillian, who shared her story on My 600lb Life. Our deepest condolences to her family at this difficult time.

Coliesa’s sad and untimely demise is another dark moment in the history of ‘My 600-lb Life.’ While there are numerous success stories on the show that we champion, the sheer number of tragic deaths of the participants should be enough to send the message across that morbid obesity can turn fatal quickly.

The resident of St. Francisville and native of Port Allen is survived by her daughters Hannah and Sadie Gail Marie McMillian, Kadelynn Lee, and Victoria Noel Lee Courville. McMillian is also survived by other relatives. Our thoughts and prayers go out to her family during these difficult times, and Coliesa will surely be missed by the many people whose lives she touched during her short time on Earth.

Read More: Where is Tara Taylor From My 600-lb Life?