How Did Gil Hill Die? 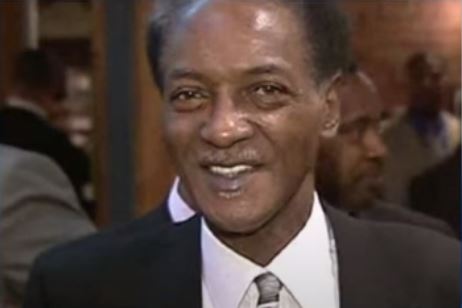 ‘White Boy’ is a true-crime documentary that details the remarkable story of Richard “White Boy Rick” Wershe Jr., who was an FBI informant and an alleged drug kingpin in the 1980s. Director Shawn Rech does a brilliant job of giving the viewers a comprehensive look at the factors that led to Richard’s eventual arrest. It also introduces us to the main figures within the Detroit drug scene and law enforcement at the time. Naturally, Gil Hill, who was a prominent political figure who started his career as a police officer with the Detroit PD, was mentioned as well. If you’re curious to know more about his apparent involvement, we’ve got you covered.

Who Was Gil Hill?

Gilbert Roland Hill was born in Alabama in 1931. After graduating high school, he enlisted in the Air Force and was stationed in Detroit in the early 1950s, a city he would return to later. After a few odd jobs, he started working for the Wayne County Sheriff’s Department before eventually joining the Detroit PD in 1959. This is where his career as a law enforcement official took off. On the personal front, he had been married to Delores Hooks from 1955 until her passing in 2015. They had three children together: two sons and a daughter.

He was involved with a number of high-profile homicide cases during his tenure over there, and he was also one of the few police officers from around the country to be picked to work on the infamous Atlanta Child Murders. The case brought him national attention, and he was also dubbed as a “Super Cop” by the media at the time. By 1982, he was heading the Homicide Division in Detroit. Not just this, more fame came his way when he played the role of Eddie Murphy‘s foul-mouthed boss in the ‘Beverly Hills Cop’ franchise, playing the role in three films in total.

Back in Detroit, Gil had quit the police force in 1989, a few years after his reassignment to the patrol division. He then chose to foray into politics and was elected to the Detroit City Council, eventually becoming its President in 1997. He even campaigned to be elected as the Mayor of Detroit in 2001 but was ultimately unsuccessful. While Gil was a well-known figure in Detroit at the time, both his tenure as the Head of the Homicide Division and his political career were mired in controversy.

Chief among them was his connection to Cathy Volsan, former Mayor Coleman Young’s niece and Johnny Curry’s wife. It was reported that they were extremely close, and eventually, Gil was investigated by the FBI. A major part of that was to do with the killing of Damion Lucas, a young boy who was killed in 1985 in a drive-by shooting of his uncle’s house. It was reported that Leon Lucas, a member of the Curry organization, was at loggerheads with Johnny Curry at the time and was the intended target.

In fact, Richard Wershe had told the FBI that a few days after the killing, he was in a car with Johnny while the drug kingpin was talking to Gil over the phone regarding accepting a bribe in order to point the investigation away from their organization. Cathy Volsan had also testified that Gil had tipped her and Johnny off about them being under surveillance by the FBI. While these allegations were made against Gil, no charges were ever brought, and he had denied all the claims, calling the investigation a “witch hunt.”

How Did Gil Hill Die?

Gill Hill died after a lengthy battle with respiratory issues on February 29, 2016, at the age of 84. He had been in the hospital for two weeks prior to his death, with his condition worsening. In 2019, a portrait of Gil was unveiled at the Detroit City Hall as per tradition for former Presidents of the City Council. Upon his death, Detroit Mayor Mike Duggan issued a statement that read, “Gil Hill spent more than 40 years serving our city in the Detroit Police Department and as a member of the Detroit City Council. He never stopped believing in our city and dedicated his life to making our city a better place for all.” This sentiment was also echoed by many in the community, and it is evident that Gil has left behind a rich legacy.