How Did Jackass’ Dave England Lose a Testicle? 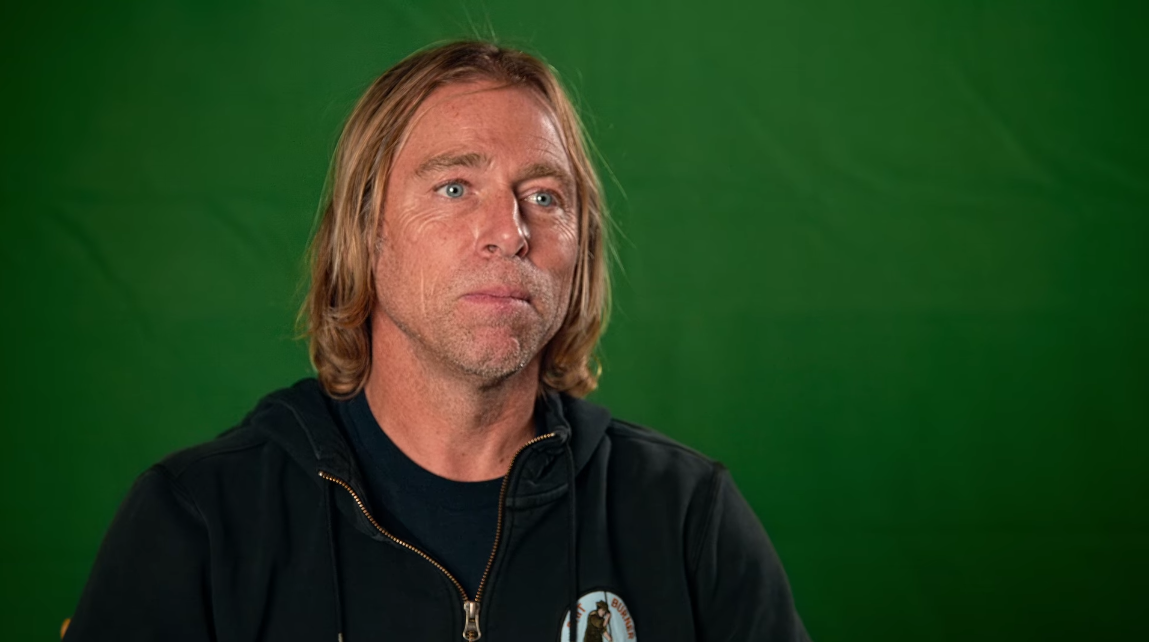 There’s always a guarantee of three very simple things when it comes to the ‘Jackass’ franchise that makes it both bizarre and hilarious; insane stunts, bodily harm, and grotesque tricks. Whether it be the “plexi penis smush” or “penis fishing” or Chris Pontius’ member being the monster that attacks a city (the introduction of ‘Jackass Forever‘), you’ll get everything here. Despite this, as well as the kind of antics Dave England usually gets up to, when he revealed he doesn’t have a testicle, it still blew our minds. So now, let’s find out the actual reason behind it, shall we?

How Did Dave England Lose a Testicle?

Dave England may be known as one of the most entertaining members of the renowned ‘Jackass’ crew today, but he actually began his career as a professional snowboarder around the 1990s. Instead of being the first to participate wherever fecal matter is involved, he only used to focus on doing daring stunts on the slopes or running his snowboarding magazine Skintight. He even served as an editor for Snowboarder Magazine and Blunt Magazine before joining the chaotic franchise. We specify all this because Dave’s body truly changed forever due to his former passion.

During the ‘Bathroom Break Podcast’ hosted by former crew member Chris Raab, Dave revealed that he lost a testicle following a snowboarding accident in New Zealand back in 1997. “I was a washed-up snowboarder by then, for sure. I lost one of my balls snowboarding; I fell into rocks and cracked my kidney and spleen,” he candidly stated while laughing off the mishappenings. That’s when a confounded Chris made him backtrack to explain the entire situation in detail, mainly because he has four kids.

“At the time, it seemed like a tragedy; now, it’s the best thing that’s ever happened to me,” Dave quipped before getting right to the point. “Well, you know, I’ll even back up two years before,” he said. “It was 1995, and I was dating this girl from New Zealand, so we were back and forth, you know, snowboarding all the time [because] they have opposite seasons. So it was just winter, winter, winter, like for years… [In 1997], I did a jump at a snow park in New Zealand, and I landed flat, and I knew I had a double hernia because my guts were popping out and I was pushing them in.”

Dave further continued, “[I thought], ‘I don’t want to get a surgery here, so I’m going to go home.’ I flew back — I had just moved to Portland, I didn’t know anyone there — and I go to the doctor; they’re like we got to do the surgery right now. They did it, and I wake up to just this stinging sensation, and you know, they’re like sorry we had to chop up– take out one of your testicles. I was like ‘What?! What happened?’ They said that it got wrapped up in the gut and strangulated, and if I would have got surgery in New Zealand, that probably could’ve been salvaged.”

Dave actually wanted to keep his removed testicle in a jar in formaldehyde and put it on his mantle to tell people he still had two. But since it was considered medical waste, the hospital had thrown it away before he even had the chance to ask if it was possible. We should mention that a testicle has been grotesquely ruptured on the ‘Jackass’ sets, and it did involve Dave, yet at a very different position with “Danger” Ehren McGhehey. There is a piece in ‘Jackass Forever’ where a pogo stick is used to jump on the crew members’ parts, and Danger had admittedly begged Dave to do so, leading to the rupture and his hospitalization. Thankfully, though, Danger and his parts are both okay.

Read More: Who is Jasper Dolphin’s Father Dark Shark? Where is He Now?