Rayna Rison Murder: How Did She Die? Did Larry Hall Kill Her?

The third episode of Apple TV+’s crime series ‘Black Bird’ depicts Special Agent Lauren McCauley and police detective Brian Miller joining hands to investigate the alleged crimes committed by the suspected serial killer Larry DeWayne Hall. While going through several case files, they encounter the case of Rayna Rison, who was found dead after a month’s disappearance. They discover that Larry was a suspect in the case. Since the show is based on a true story, the viewers must want to know all about Rison’s death. On that note, let us share our findings regarding the same.

How Did Rayna Rison Die?

In 1993, Rayna Rison was a high school sophomore student who was studying at La Porte High School in La Porte, Indiana. The sixteen-year-old was reported missing on March 26th, 1993, last seen leaving the veterinary hospital she was working at. A month later, her body remains were found in a pond located in La Porte County. After the autopsy, it was determined that she died due to asphyxiation with no cuts or bruises. The initial investigation revolved around Rison’s brother-in-law, Ray McCarty, who had pleaded guilty to molesting her in the past. However, the authorities didn’t have any evidence to take him to trial.

Since Tricia Reitler and Rison were similar in appearance, specifically short with long, curly hair and blue eyes, newspapers at the time were interested to know whether they were connected. But the police departments involved ruled out a connection. However, both cases eventually had a common suspect, Larry Hall. As per James Keene and Hillel Levin’s ‘In with the Devil: A Fallen Hero, a Serial Killer, and a Dangerous Bargain for Redemption,’ the source text of the show, the authorities found a bottle of birth control pills with Rison’s name written on it in Larry’s van.

As per reports, Larry even confessed to abducting and killing Rison, only for the police to eventually rule him out from the possible suspects. The authorities also looked at the boys in Rison’s life to find a clue. They ruled out Matt Elser, who had seemingly planned to date her. The officers also considered Rison’s ex-boyfriend Jason Tibbs a suspect since his alibi was not strong enough. But due to the lack of evidence, the police eventually had to classify the case as a cold case. Even though Larry was not convicted for Rison’s murder, the viewers may want to know whether he really killed her as Lauren and Brian suspect in the show. If that’s the case, we have got you covered.

Even though Larry Hall was a suspect in Rison’s murder case, the police found out that he was in Kentucky the day she died, which indicates that he didn’t kill her. In 2013, the prosecution charged Jason Tibbs with Rison’s murder after offering his accomplice Eric Freeman immunity from the law. Freeman told the officials that he had driven Tibbs to Rison’s workplace, where the duo argued. Freeman then added that he had to drive the duo around as they continued their argument. As per Freeman, Rison and Tibbs’s argument only stopped when the latter allegedly strangled the former to death. 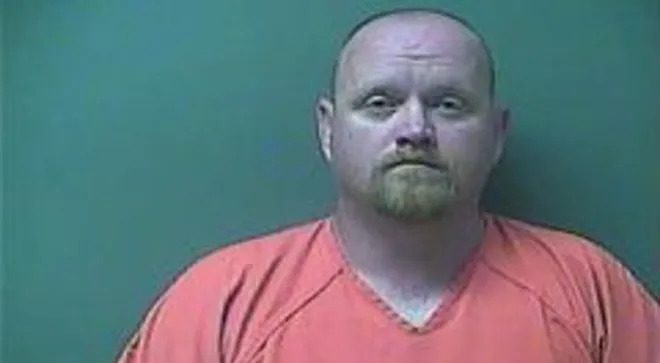 Tibbs was found guilty of murdering Rison in 2014. He was sentenced to 40 years in prison. Tibbs’ attorney Scott King appealed the murder conviction, only for Indiana Supreme Court to vote against it. “When you murder somebody, you don’t murder that person. You murder a whole family,” Bennie Rison, Rayna Rison’s father, said in the wake of Tibbs’ arrest, as per ABC 7 Chicago. Tibbs’ arrest didn’t give Rison’s parents any closure. “You take it a day at a time, you learn to live with it. You won’t get over it, so you learn to live with it,” Bennie added.

Bennie however expressed his hope of discovering a “semblance of peace” when Tibbs was sentenced. Even then, Tibbs insisted that he wasn’t guilty. His lawyers tried to get him a new trial but as of now, he wasn’t granted one.

Read More: Is Black Bird’s J. Carter Based on a Real Correctional Officer?