Where Was Amazon’s ‘Hunters’ Filmed? 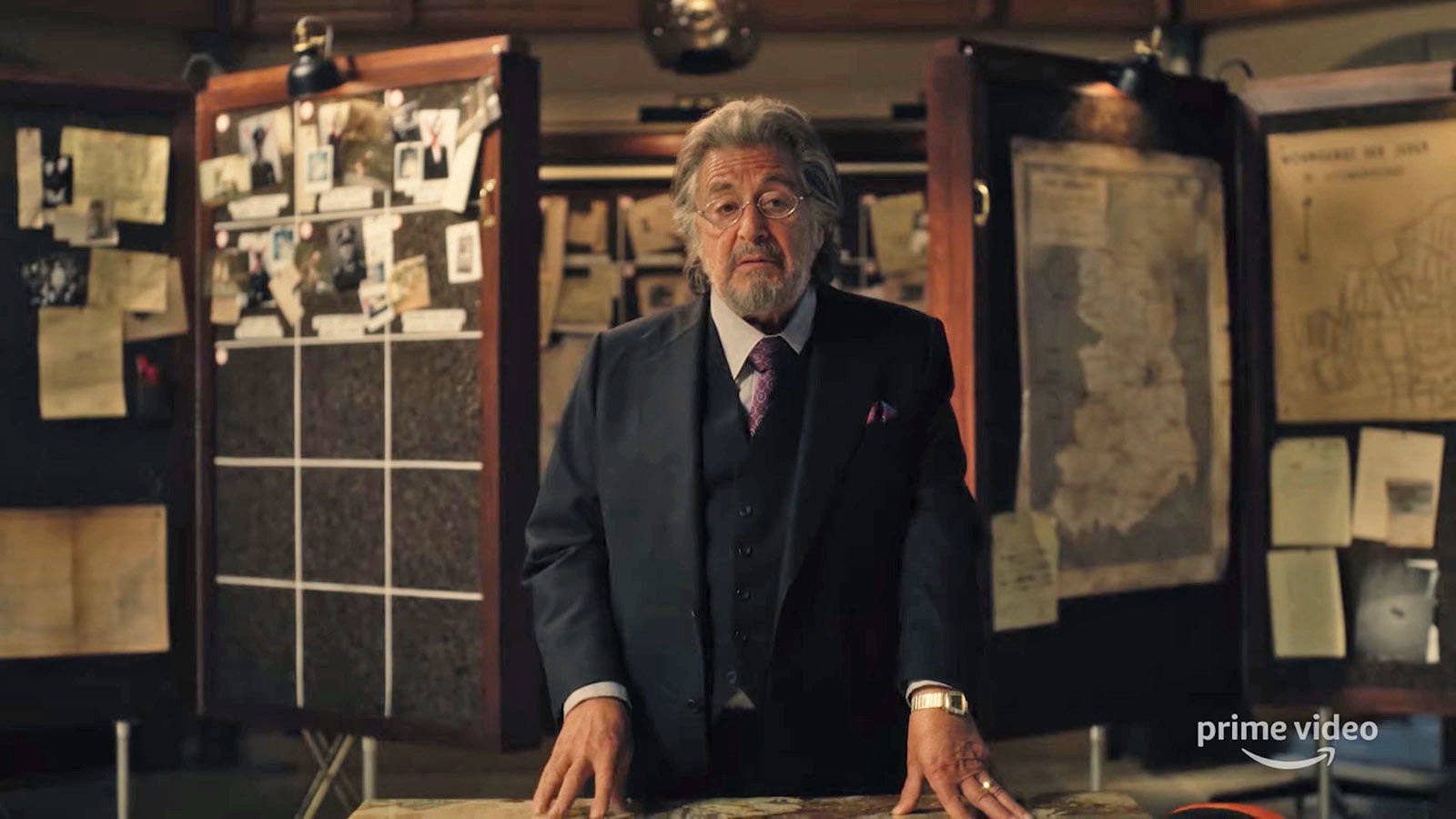 Amazon’s ‘Hunters‘ is a spectacularly conceived television series that transports its viewers to multiple parts of the United States and occasionally, Germany and present-day Poland. It is one of those grandiose tales that skips over hundreds of miles and several years to provide a compelling narrative that feels all-encompassing.

‘Hunters’ follows a group of people who band together to hunt down Nazis living in the United States circa 1977. The show fictionalizes an organized attempt at creating the Fourth Reich in the USA, across the Atlantic Ocean. The series’ appeal is further enhanced by its tone and style that seeks to provide an entertainingly deep tale with vibrancy. The cinematography and camerawork are top-notch, making every frame beautiful to gaze at. Other than that, ‘Hunters’ also nails its period setting effectively. Multiple, witty additions to the mise-en-scene help enhance the series’ authenticity in capturing the 1970s.

Hence, one can expect vintage cars, ’70s pop culture and historic moments to serve as decorative backdrops to the story. However, that is not the only kind of eye-candy that viewers would be excited about. Logan Lerman headlines the series’ cast, apart from Al Pacino and a bunch of talented performers. Jordan Peele serves as the executive producer of the show.

Many of you might be wondering where was ‘Hunters’ filmed. The show’s style makes its setting slightly more exaggerated and colorful from time to time. For instance, scenes set in Florida employ tons of overtly-Floridan buildings apart from…lots of flamingo statues! Scenes set in Nazi Germany depict numerous…Nazi flags.

As stated earlier, the show takes its viewers to multiple destinations. Hence, many readers/viewers might be wondering whether the series actually filmed on location at all these places. Continue reading to find out…

Most of the filming for ‘Hunters’ was also carried out in New York City, New York. According to local sources, filming was carried out on 55th Street and Lexington Avenue. Moreover, a few scenes had also been filmed in the Chinatown area in Manhattan. Have a look:

The first scene of the show, which is set in the Nazi, Biff’s house was filmed in Sands Point, New York. Moreover, the scene where Jonah and his friends exit a movie theater was filmed at the iconic Kings Theatre in Brooklyn, New York. One Hanson Place in Brooklyn doubled up as the central lobby of the Swiss bank where the Nazis stored their loot.

Furthermore, the village of Ossining, New York doubled up as Paraguay for the fifth episode’s opening scene. The wedding of Murray and Mindy’s daughter was filmed at a synagogue on 12 Eldridge Street in Manhattan.

Al Pacino,78, stands by a roughed up looking Logan Lerman as Amazon’s The Hunt continues filming in Brooklyn https://t.co/NKnc9hicPR pic.twitter.com/ywsT0DSVve

Apart from New York, a significant chunk of filming for ‘Hunters’ was carried out in the state of New Jersey. Shooting took place in various locations throughout the state. Since ‘Hunters’ is a grand project, in every way imaginable, filming often caused entire streets to be closed. Moreover, the production designing process also would have been painstaking, given the fact that the series is set all over the United States. It shifts from places like Florida to Maryland to Queens.

One of the reasons for the choice of filming location for ‘Hunters’ would surely have been financial. In 2018, the state restarted its film tax credit program to attract increased filming activities. Tax credits help producers cut down on their budget significantly.

Within New Jersey, a high percentage of filming was conducted in the city of Newark. For instance, filming had taken place on Halsey Street between Central Avenue and Washington Place. To be more specific, the production crew was spotted filming near Washington Park and Kilkenny Alehouse. Have a look at the following video which depicts the filming of ‘Hunters.’ Note: ‘Hunters’ was earlier titled ‘The Hunt.’

While filming on these streets, period-appropriate cars like Ambassadors and Chevrolet Monte Carlos had been parked to enhance the authenticity of the show’s setting.

Moreover, the U.S. Department of Veteran Affairs on Washington Place was used to film the exteriors of the Zurich International World Bank. Those who have watched ‘Hunters’ would know that the bank serves to be an integral location for the plot, especially in the fourth episode. Plus, the production designers also paid attention to tiny details. For instance, smoke machines were made use of to depict smoke rising from sewers.

Apart from that, the series was also filmed in the city of Paterson. Here the producers transformed the street into a Polish ghetto for a flashback scene which appears in the first episode. The production team had to arrange for truckloads of dirt to cover the modern, paved streets of the city.

Apart from the above-mentioned locations, filming was also carried out at Mafilm Studios in Budapest, Hungary. Here, most of the scenes set in the concentration camps had been filmed. Moreover, the flashback scene where a young Sister Harriet (one of the members of the Nazi-hunting team) bids farewell to her father was filmed at the Keleti Railway Station in Budapest, Hungary.