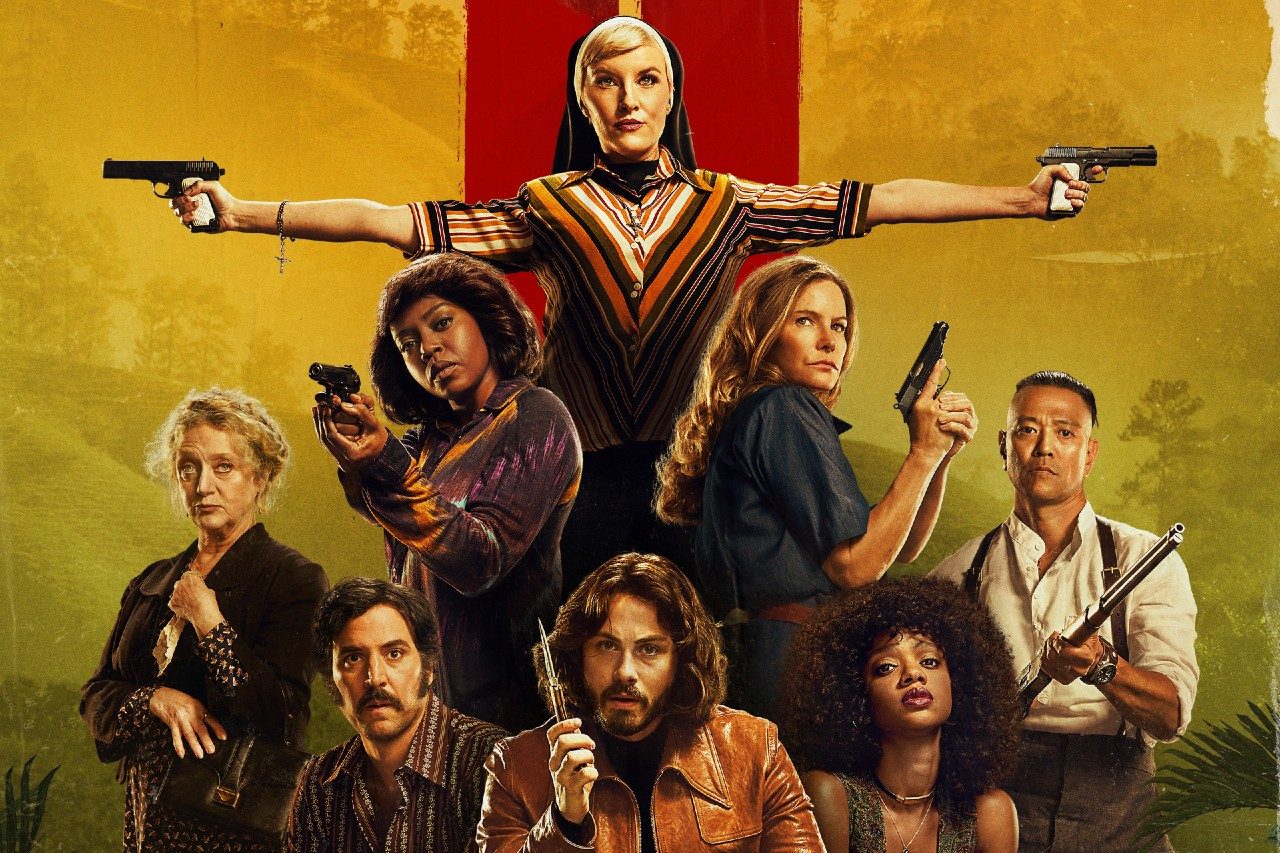 Prime Video’s ‘Hunters’ wraps up the story of a group of Nazi hunters as they aim for the big prize, the final mission which will bring their journey to an end. Jonah and the others meet new allies while hunting Hitler, who was revealed to have been alive all this time. The season follows two timelines, giving us a perspective into the making of the elite group and what led Meyer Offerman to come up with it. Several questions about the previous season are also answered. Still, there are a few things that remain unanswered, leaving the door open for the continuation of the story. Here’s what the ending means for Jonah and the others. SPOILERS AHEAD

It’s been two years since the Hunters last saw each other. The band broke up after a mission went horribly wrong in Spain. Still, that didn’t stop Jonah from going after Biff Simpson, who had escaped at the end of the first season. It is Biff who tells Jonah about the bigger prize: Adolf Hitler and his wife, Eva Braun. The mission to catch Hitler and bring him to justice once and for all leads Jonah to Millie who has been swayed to adopting their methods.

Millie reunites the group, and despite their problems with each other, they dedicate themselves to the task and discover that there is someone else who has been at it for a long time now. A woman named Chava Apfelbaum has been hunting Hitler since she was liberated from the concentration camps. She is also the one that Sister Harriet had been secretly working with. Setting aside their differences, the team gives their all to find and kill Hitler. But that still leaves the question of Joe, who has been brainwashed to serve Hitler instead of hunting him.

After a lot of sacrifices and bloodshed, the hunters succeed in catching Hitler. Chava gives her life so that Jonah can finish the mission. With the help of Zev, Chava’s husband, who was also a Holocaust survivor, Jonah gets Hitler away from his safe haven and puts him in front of the world to be put on trial for his crimes against humanity. Despite everyone knowing what a monster he is, Hitler’s right to have a fair trial is acknowledged and a Jewish defendant is put on his case. 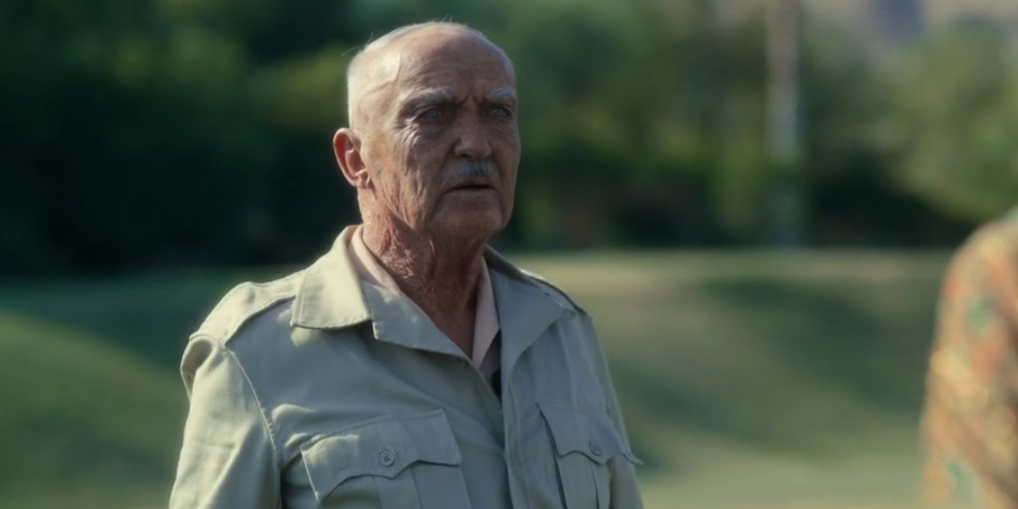 Considering that there are still Nazi sympathizers out there, people get worried about the outcome of the trial. What if the prosecution is not able to prove his crimes and he walks free? In the end, the prosecutor uses Hitler’s ego against him and makes him confess on the stand. This seals the monster’s fate, and he is sentenced to spend the rest of his life in prison without a possibility of parole. While Hitler accepts his fate and tries to kill himself, his followers haven’t yet given up on him.

Travis and Eva succeed in freeing Hitler. Eva plans to kill her husband and dispose of his body then and there, setting herself up as the leader of the new regime. But Travis kills her instead and plans to be Hitler’s successor. Before he can do that, the Hunters and the police catch up with them and Hitler is thrown in a German prison to carry out his sentence. In the end, we find him in a prison cell as a prison guard addresses him by a number and shoves food into his room. This scene aims to show the audience what should have happened in reality.

Instead of dying on his terms and getting the easy way out, Hitler should have been forced to confront his evil in front of the world. He should have been held accountable for his actions and should have spent the rest of his life in prison like any other criminal, rather than have myths and theories concocted around him and his escape. He prided himself on being the superior race, but in the end, he is reduced to being a number, which is what he did to millions of people in concentration camps. He is stripped of his name and his identity, which gives him a taste of his own medicine. Instead of being the next Reich, he is just another numbered prisoner for the rest of his life. And this is where he will die.

What Happens to Travis?

‘Hunters’ explores the thin line between good and evil, with its protagonists continuously pondering over the nature of their actions and how it separates them from the people they are hunting. For its antagonists, however, the ambition and intention are pretty clear-cut, and Travis happens to be the most interesting of the lot. If the others are trying to find the light in themselves, he likes living in complete darkness, and that’s exactly what he wants for the world too. 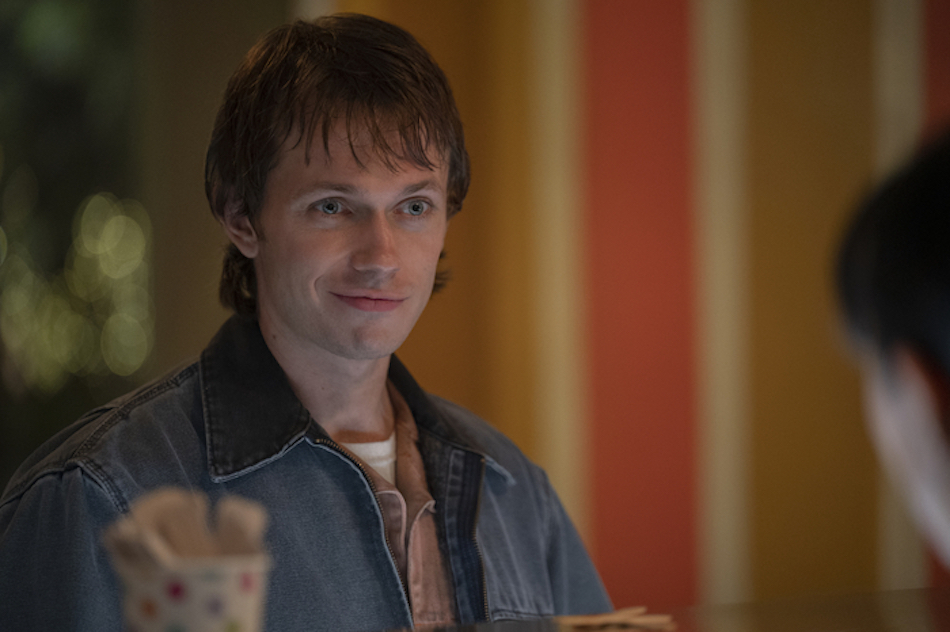 Travis becomes the Colonel’s favorite in the first season, and in the second season, she brings him to Argentina to further her cause. She wants to become the new leader of the Nazis but doesn’t realize that Travis happens to have the same dream. He kills Eva in the hopes that he can push Hitler to make him the successor. Travis has already shown his commitment to the cause. He is ready to do whatever it takes. He doesn’t care who he has to kill to get what he wants, which is what makes him so dangerous.

Travis is exactly who Hitler was as a young person, and given the chance, would embark on the same, if not worse, path. More than that, however, he is the representation of the neo-Nazis in today’s world, the misguided youth blinded by the beliefs that have been fed to them and bred in them through various sources. People like Travis continue to be a danger to the world. As long as the likes of Travis walk the earth, there will always be the danger of repeating history’s worst moments. This is what the fate of his character conveys to the audience.

While Hitler is caught in the end, Travis succeeds in fleeing. Because he’d made it clear that he plans to continue Hitler’s work, we can assume that he won’t simply sit still now that Hitler’s in jail. His escape also keeps a loose thread in an ending that seems otherwise neatly wrapped up. It shows the audience that just becomes Hitler has been stopped doesn’t mean that his ideology has been curbed too. People like him will always be there, which is why it is our responsibility to keep our eyes and minds open and stop them before the next Hitler-like character rises to power and destroys lives.

Is Jonah Still a Hunter?

For Jonah, being a Hunter meant exacting justice. It started with catching the murderer of his grandmother, but soon, it became more than that. It expanded to getting justice for millions of people who had been killed and tortured under the Nazi regime. In the second season, we find him still on the hunt, but this time, he seems to be looking for the last mission that will end it all. He believes that killing Biff Simpson will be the end of his career as a Nazi hunter. But then, he discovers that Hitler is still alive. 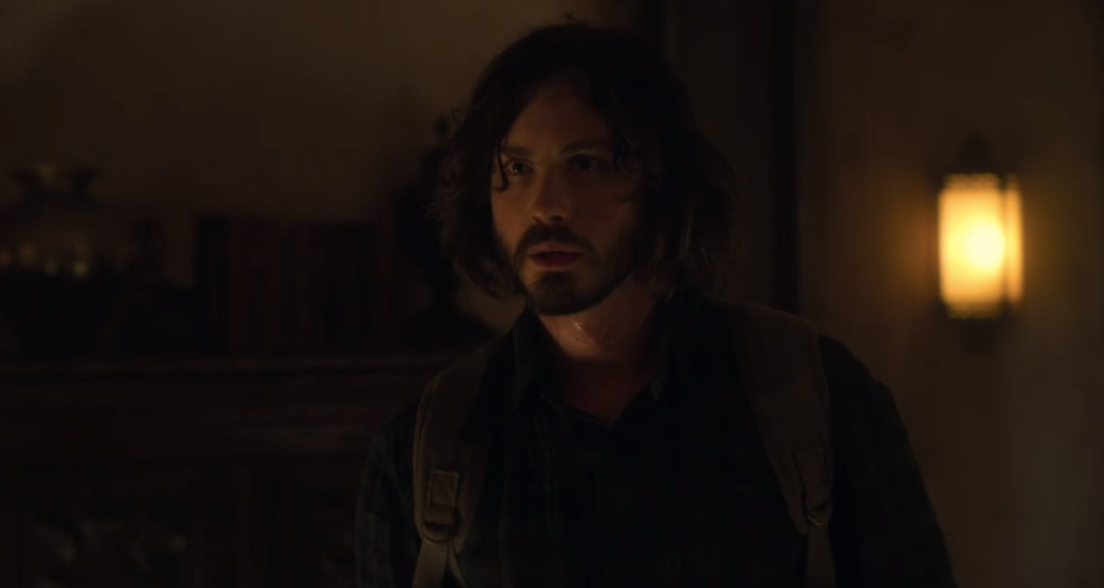 Jonah tells himself that killing Hitler is the ultimate mission. He’ll do that and then he’ll properly retire from this career. With no Hitler, there’ll be no threat of the Fourth Reich. He will have avenged the people who were killed because of him and that’ll be the end of it. However, even after he gets married and is ready to settle down in a quiet life with Clara, he realizes that the work isn’t done yet. It will never really be done because there’ll always be another Nazi on the corner, trying to cook up nefarious schemes. Since the bad guys will never retire, how can good guys call it an end to their journey?

In the last scene, we find Jonah and Clara on their honeymoon in Miami. It looks like they are relaxing and Jonah is finally moving forward with his life. But then, Jonah keeps staring at this old man, who becomes scared, as if he has been recognized. This proves that coming to Miami was not just a vacation choice for Jonah. He came here following another Nazi, and as of this moment, he is on a hunt again, which means that his life as a Hunter has not come to an end.

Despite being blamed for the Holocaust and all the atrocities that occurred during the Nazi regime, Hitler didn’t do all of these things alone. He simply gave the orders and there were thousands who not only followed them but used them to justify their own sadistic actions. As long as these people are out there, the Hunters will always have another mission to accomplish, another hunt to go on. This means that Jonah and the other Hunters are still out there, exacting revenge and delivering justice.